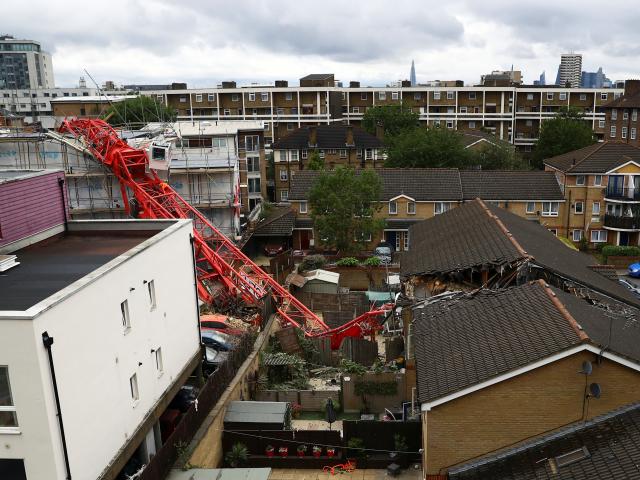 A person was killed and four others injured when a crane collapsed at a building site in Bow, east London, on Wednesday (local time), emergency services said.

US President Donald Trump once again criticised London Mayor Sadiq Khan on Saturday, saying he is a "disaster" and will "only get worse" after three people were slain in the city in less than 20 hours.

A round-the-clock vigil at a London church where people sought refuge on the night of the Grenfell Tower fire, which killed 71 people, will mark the first anniversary of a tragedy that still haunts Britain.

Both Dunedin and Mumbai, India, have expressed a desire to develop their waterfronts in an attempt revitalise those parts of their cities. We look at five cities around the world who revived their waterfronts visually and economically.

All flights to and from London's City Airport were cancelled after an unexploded World War Two bomb weighing half a tonne was found buried in silt in the River Thames.

An auction of 31 artworks donated by some of Britain's most successful contemporary artists has raised close to 2 million pounds ($NZ3.7m) for survivors of the Grenfell Tower fire that killed about 80 people in June.

Eleven people were injured when a car collided with pedestrians near London's Natural History Museum, in one of the capital's busiest tourist areas, but police doused concerns it was a terrorist attack, saying it was a road traffic incident.

US designer Tommy Hilfiger closes out London Fashion Week with a rock-themed show held at a venue famous for classic rock concerts, featuring model and social media star Gigi Hadid as the centrepiece.

British police said a bomb was used during an explosion at a London metro station which injured 18 people in what officers described as a "terrorist incident."

The "Big Ben" bell in the British parliament's famous clock tower will cease its regular bongs at noon on Aug. 21, falling silent for most of the next four years while renovation works are carried out, the House of Commons said

A man who claimed he had lost his wife and son in the London tower block blaze that killed at least 80 people has been arrested on suspicion of fraud, police said.

The death toll from a fire that ravaged a London tower block last week has risen to 79, police say.

A van ploughed into worshippers leaving a London mosque, killing at least one person and injuring about 10 others.