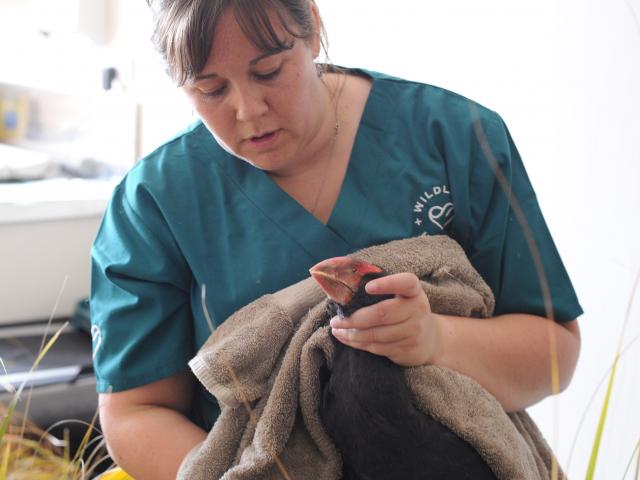 A regional council panel has defended its recommendation to not fund the Dunedin Wildlife Hospital in a move which "astounded'' the facility's trust.

From amazing animals to peculiar plants, the Otago Wildlife Photography Competition, organised by the Otago Museum, again attracted a range of stunning images.

A wayward sooty shearwater was given a lift home aloft man-made wings from Queenstown to Milford Sound so it can have another attempt at its epic migration to North America.
The New Zealand fur seal which visited a Taieri farm this week has decided country life is not for it, after all.

The mystery of the sockeye salmon in Lakes Benmore and Ohau has taken another twist.

Call it the manatee meeting-hole. Each winter, as many as 500 manatees gather in a protected estuary 16km inland from the Gulf of Mexico seeking a warm-water refuge. And because there is no...

International reptile thieves may have again targeted Otago Peninsula. Two Germans have been arrested and charged with being involved in the illegal trade of jewelled geckos from the area.

Life, like its predecessor Planet Earth, is the reason flat screens, Blu-ray and high-definition TV were invented.

This immature elephant seal which has made a temporary home in the Waihao River, near Waimate, is now making forays up to 1.5km upstream, prompting a warning from the Department of Conservation for the public to take care around the rare visitor.

While many people were enjoying a day in the sun at the beach yesterday, a New Zealand fur seal decided to head to a rather unlikely spot - the middle of Dunedin's Portsmouth Dr.
"A pretty sad day for all" is how the manager of Queenstown's Kiwi Birdlife Park described the death of their "miracle" kiwi chick yesterday.

When we landed on the shores of Carnley Harbour, on remote Auckland Island, our guides gave each of us a long thin stick with a flag on the end. Eh? "That," explained our highly...
The eight kiwi released at Orokonui Ecosanctuary at the weekend have begun moving around their new home.

With five felines living on the family's Abbotsford farmlet, Ulli Graham is used to seeing the result of their hunting expeditions - mice, rats, lizards, baby rabbits, birds and weta.
About 100 possums have been caught in the Lake Hayes area over the past three weeks through an Animal Health Board exercise designed to control the spread of bovine tuberculosis (Tb).

A rare case of stuffed native New Zealand birds from the 1870s is expected to fetch thousands at auction in Dunedin tomorrow.
The translocation of jewelled geckos from Otago Peninsula to Orokonui Ecosanctuary has been declared a success, after almost two years.

Jeremy Wade is full of fish stories, only he's not exaggerating when he describes his latest catch.

Born and bred Otago residents may not realise how lucky they are to have so many wildlife treasures right on their doorstep, Department of Conservation Coastal Otago programme manager biodiversity assets David Agnew says.

A kaka spotted in a Saddle Hill garden could be the missing bird from Orokonui Ecosanctuary.