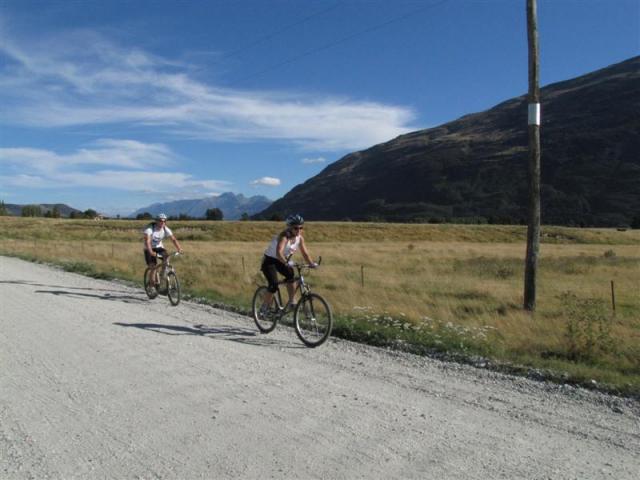 Eight teams and their supporting companies raised more than $128,000 for research at the Cure Kids Great Adventure Race 2010 in Glenorchy on Saturday.

Lions Clubs have teamed up with the Resene Colorshops in a national campaign to raise money for youth programmes through collecting old coins and banknotes.

In our ongoing series profiling seasonal jobs on the skifields, UK sous chef Adam Rickett tells Henrietta Kjaer about what inspired him to come back for a second season at Coronet Peak.

We continue our ongoing series of profiles of seasonal jobs on the skifields. This week Tracey Gaughan, who hails from the British city of West Bromwich, tells Henrietta Kjaer about her job as senior snowsports team leader, which lured her back for a third season at Coronet Peak.

"It is a perfect day for running. How lucky we are with the weather," Frontrunner event director Adrian Bailey said on a chilly, but sunny and calm Saturday morning.
The Wakatipu region escaped major damage from the magnitude 7.1 earthquake, which hit Canterbury on Saturday.

Queenstown Resort College set the stage for a week-long competition for business students from New Zealand and international universities.

The Wakatipu Ski Club, a meeting place for snow-sport enthusiasts for more than 70 years, is looking for new members.

Organisers of Gay Ski Week had to rearrange their schedule yesterday when the first ski session on the programme was cancelled, but it did not put a dampener on the enthusiasm and festive mood.
The Queenstown pilot killed in the plane crash at Fox Glacier was yesterday described by his peers as "very experienced" and "well liked".

Lighting fires with the use of petrol or other liquid accelerants is "an accident waiting to happen", fire safety officer Stuart Ide, of the Frankton Fire Brigade warns.

A bit of smoke in the restaurant was as dramatic as it got, when the chimney at Eichardt's Private Hotel caught fire about 10am on Friday.

More than 120 guests joined retailers and designers in raising funds for the Queenstown Lakes Family Centre at a fashion show last Thursday evening. Together they came up with thousands of dollars to support the centre's counselling programme.
Business owners from the Wakatipu trade industry are being encouraged to join an information evening on Thursday about the importance of having employment agreements.
Some of New Zealand's top adaptive snowsports athletes competed in the disabled alpine national giant slalom and slalom championships at Coronet Peak this week.
More than 900 visitors have arrived in Queenstown to celebrate Gay Ski Week NZ, which starts with a welcome party tonight at Prime Bar and Restaurant.

Penny Kamper is calling for locals with Scandinavian backgrounds to get together - not to revive their Viking ancestry by pillaging and conquering the streets of Queenstown, but to create a family-orientated social club.

A $6000 shoplifting spree in Queenstown by a group of Australian schoolboys had involved more stores than first thought, police said yesterday.

Saturday was an evening of pride, as the fire brigades in Queenstown and Frankton honoured their volunteers at an award service and gala dinner at the Memorial Hall in Queenstown.