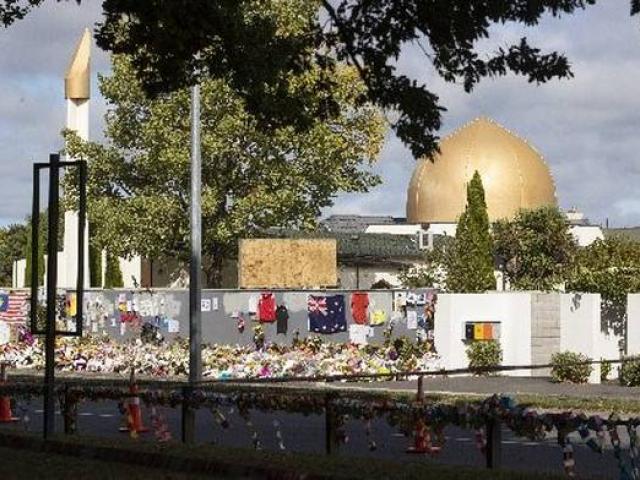 The already-delayed and much-anticipated sentencing of the March 15 mosque gunman will proceed in Christchurch as planned under Covid-19 alert level 2, court officials said.

Our changing society is behind the dramatic drop in the number of New Zealanders tying the knot, and getting divorced, relationship experts say.

A radical Islamic cleric standing trial in New York on global terrorism charges will this week come face-to-face with a New Zealand woman caught in a terrifying kidnapping two decades ago.

With the strong current dragging his kayak further out to sea, Philipp Cartier's freezing fingers fumbled for the emergency light he hoped would get a rescue helicopter's attention.

A New Zealand accountant who conned his wealthy London neighbours out of $2.2 million has been jailed for eight years.

The man who has admitted murdering Christchurch community support worker Amy Farrall, then attacking two female hitch-hikers on the West Coast was on parole at the time of his crime spree and had been out of prison only six months.
Invercargill police used illegal and unjustified excessive force by letting a police dog bite and drag a suspected burglar for almost a minute, an Independent Police Conduct Authority probe has concluded.

A "young, talented, intelligent" University of Otago graduate who moved from New Zealand to Britain to pursue her promising chemistry career committed suicide after suffering severe loneliness and homesickness, an inquest has heard.

A drunken passenger on a flight to New Zealand caused a mid-air terror alert yesterday by lighting up a cigarette in his seat then claiming he was carrying an AK-47 machinegun.

Kelleigh Burkett knows her time with her three gorgeous girls and husband Craig is running out, and she's trying to cram in a lifetime of memories.
A teenager drowned swimming across an artificial lake after seeing his mates having fun on the other side.

The Mongrel Mob prospect accused of murdering Christchurch woman Ngatai 'Mellory' Manning has been found guilty by a jury at the High Court in Christchurch.

A former SAS soldier has been kicked out of the Defence Force today and jailed for four months after conning Army bosses into paying for a weekend away with his partner.

A young Canadian couple killed when their campervan was swept off the road by a landslide during a wild West Coast storm last year had tried to turn back, but had their way blocked by another rockfall.

Upset and angry at her husband's mental health issues, Lucille Scollay took a large kitchen knife and plunged it through his heart as he lay sleeping, a court heard today.

Christchurch sex worker Mellory Manning had consumed a variety of drugs in the days and hours before she was brutally murdered, a jury has been told today.
The search for a German tourist missing in Nelson Lakes National Park for six days is today being hampered by snow and freezing conditions.

An Ashburton fugitive caught after 10 days on the run appeared in court today on family violence charges.

A West Coast family have been left devastated after losing the last of four sons at the weekend, with all of the young men being killed in tragic circumstances.