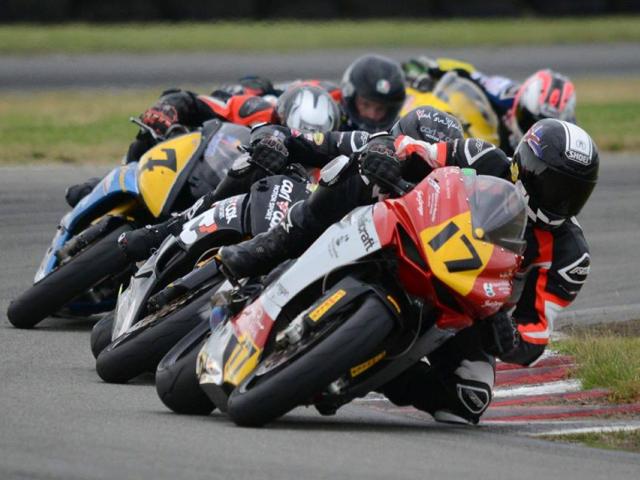 A year ago at Levels Raceway in Timaru, Dale Finch was a midfield runner, finding his way in his first season of motorcycle road racing, in awe of anyone who finished ahead of him.

There is a strong southern challenge going into this weekend's first round of the New Zealand Supersport 600 Championship and it's headed by Kiwi fast lady Avalon Biddle.

It was little wonder the Dambusters unit carried the gruesome tag ''the suicide squadron''. Of the 133 airmen who set out on the raid on the three Ruhr dams in 1943, just 73 returned.

Allan Scott knows how to lay out a motorsport smorgasbord.

When the book's titled Red Joan and main character grandmother Joan Stanley is visited by UK security forces on page 5, a reader pretty much knows how the plot will pan out.

With its non-tidal waters, gentle breezes and myriad sun-bleached islands, the Ionian Sea is just about the perfect casting off point for a couple of novice yachties on a flotilla holiday. Peter Donaldson explains.

Next Saturday, at a time most people are tucked up in bed, Peter Donaldson will be leaving Christchurch on a commuter scooter, hoping to reach Hokitika before the sun sets.
Hayden Meikle counts down the 150 greatest moments in Otago sport. No 113: Ireland wins Isle of Man (1982)

If owner Isobel Nikoloff realises her dream, the Dandie Dinmont will become a worthy and much-awaited addition to the Larnach legacy.  Better known as the White House, the magnificently...

It was a life-changing invitation - to sail "anywhere that was warm, had plenty of beer, and the girls didn't wear very much". Peter Donaldson learns more about Barrie Neilson's remarkable journey.

When the apfelstrudel arrived, I swear the waitress delivered it from a metre out.

By mid-1975, a fresh-faced 23-year-old with short hair and a neat side parting knew his chances of retaining the US Grand National Championship were slipping fast.

Long gone are the days when Hyde boasted several hotels, just about as many churches, plus a butcher, a baker and probably a candlestick maker.

It's a day of dreams. A 300kmh-capable superbike, vast expanses of deserted Highway 85, a clear blue sky, little wind, and a warm spring sun.