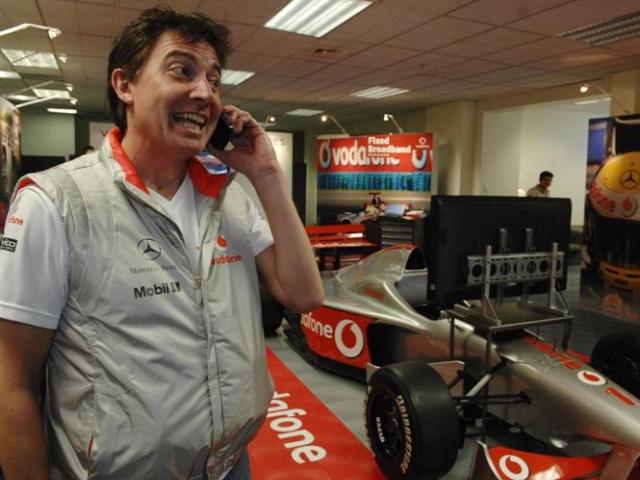 Vodafone's business roadshow in Dunedin yesterday was as much about unveiling next-generation gadgets - some of them seemingly straight from a Bond film - as it was about announcing half-billion-dollar plans to extend network coverage to most of the country by 2010.

Warrington school is to stop using school management software supplied by the Ministry of Education.

A return to construction and maintenance techniques similar to those used in the 19th century is ensuring the future of the historic sea walls around Otago Harbour, writes Sam Stevens.

Construction of sea walls on the Otago Peninsula began in the late 1860s as a dray road between Portobello and Dunedin moved from high on the hill to the water's edge.
TrustPower has refunded former Waikouaiti Beach Motor Camp manager Andrew Cleghorn $13,000 after admitting it had overcharged him.

People are used to seeing products advertised in newspapers and on television, but how much do products appeal when they are artfully, and strategically, placed in films on the silver screen?

A Broad Bay cottage on the Otago Peninsula looks set to again become a tranquil place where painters, writers and poets find inspiration.

Protesters concerned at an Invercargill cafe owner's decision not to serve two Israelis earlier this week held a "peaceful, informal" demonstration in the CBD at lunchtime yesterday.
Finding the source of the smell - a decomposing sheep - was easy; finding a local authority willing to deal with the problem was anything but, staff at a seafront cafe in Dunedin said yesterday.

It sounds like a whale of a tale, but after more than 40 years as a source of entertainment for Dunedin children the concrete whale at the centre of a paddling pool at Marlow Park has had a summer off.

Westwood-based wildlife artist Karen Baddock is pleased the latest feather in her artistic cap reflects her passion for painting bird life.
Public Health South (PHS) will begin operations from new offices in the main block at Wakari Hospital from today.

Local knowledge came to the fore in Portobello yesterday when community members discussed designs for a proposed $1 million multipurpose jetty.

A curious find has led to a Dunedin bath being off-limits while more suitable accommodation is sought for its exotic occupant.

Many parents might like tracking devices fitted to their children before they head off on their big OE - but Department of Conservation staff this week made the desire a reality, attaching solar-powered transmitters to two young albatrosses due to leave the area this summer.

A $1.14-million roading project on State Highway 1 between Waikouaiti and Palmerston should be finished on schedule.
As one Otago local authority moves to make life jacket use compulsory, and others consider it, Dunedin Marine Search and Rescue chairman Martin Balch believes lack of knowledge of boating navigation rules is a more pressing safety issue.

Otago surf life-savers say the compulsory sale of flippers with boogie boards could save lives.
Lifeguards are relieved water safety messages seem to have sunk in over the holiday period, making Otago beaches some of the safest in the country.