A recently released report by the bank said alternative proteins were on the verge of becoming mainstream and "stealing" growth from traditional meat products.

Report author Justin Sherrard said it was the growth — rather than the current market size — of alternative proteins that was of the greatest significance. 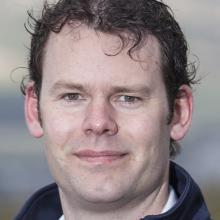 Blake Holgate
The strong and persistent drivers supporting the current growth were set to continue for at least the next five years.

Market share growth was set to rise, particularly for meat substitutes, the most mature of the alternative protein products.

There were also opportunities for insect and algae-based products but, in many cases, inroads still needed to be made to gain consumer trust and regulatory approvals.

Rabobank’s initial projection was for the market for alternative protein products to grow at a compound annual  rate of 8% in the EU, to reach a level of between 200,000 and 250,000 tonnes by 2022.

Based on those growth rates, and the outlook for relatively flat consumption growth of traditional meat products in the EU, alternative proteins could represent one-third of total EU protein demand growth in the next five years.

In terms of the projected market share of alternative proteins in the US and Canada, it was a different story with it expected to make up just 2% of total protein demand growth over the next five years, largely due to the strong growth prospects for traditional protein products.

Dunedin-based Mr Holgate said the industry in New Zealand was very aware of alternative proteins. At presentations he gave to farmers, it was regularly raised, and at seminars, and Beef and Lamb NZ was reviewing threats and opportunities.

It was important to understand the drivers behind the growth in alternative proteins and the report highlighted three "push factors" — health concerns around red meat consumption, animal welfare, and sustainability issues such as greenhouse gas emissions, land clearing and water quality.

There were also some strong "pull factors", such as curiosity — the novelty of trying it — convenience and general personal nutrition.

It was important for the industry to tap into what was drawing consumers to alternative proteins and the vast majority of those could be addressed.

It was about understanding if any particular changes needed to be made in how livestock was being produced.

"Sometimes it’s just about being more transparent about what we’re doing."

The report said alternative proteins would have their own challenges and those producing them needed to ensure  quality, including taste and texture, if they were being sold as a substitute for meat. They would need to become "just as good" as meat and that was "not a given", he said.

The sector would also have to overcome perceived concerns from consumers around the process of how they were produced, in terms of not being natural and the role of technology in it.

Alternative proteins might  have their own health concerns to overcome, such as the role of GM crops in their production.

All those factors would have to be taken into account while also keeping costs down, he said.

Rabobank believed domestic market penetration of alternative proteins and substitute foods in New Zealand and Australia would lag behind  the EU and US, where current market development efforts were focused.

Trends that occurred in the US and EU eventually flowed through to New Zealand but he could not see alternative proteins "taking off significantly".

Eating red meat was still an important part of the country’s culture and it was in the top percentage in volumes consumed.

There would be a novelty factor but he believed it would be a long time before alternative proteins held anything more than a minor market share.

Also, the world was growing, the population was becoming more developed and more protein was needed, so everyone needed to be in that challenge together.