Call for revamp of GM rules 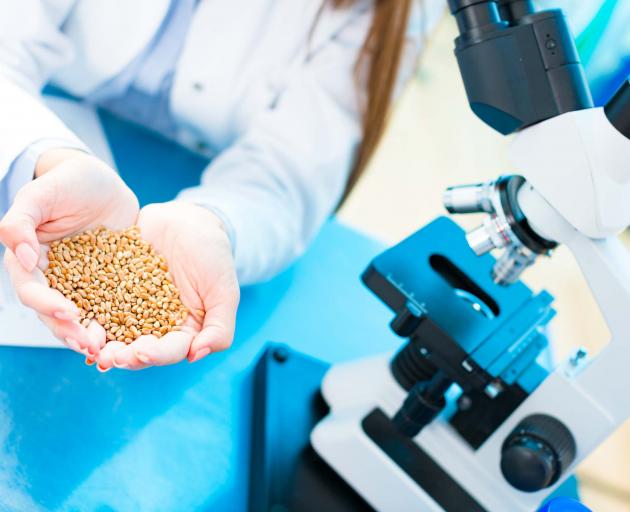 The benefits of using gene-editing technology for the primary sector have been raised. PHOTO: GETTY IMAGES
"GM or not GM" is not the question.

Rather, there are shades of grey in the form of emerging gene technology that needs to be considered as an environmental tool and even in the fight against climate change.

This is the view of 15 high-powered scientists assembled by the Royal Society Te Aparangi who have called for an overhaul of New Zealand's gene technology regulations, suggesting they need to better recognise advances in gene technology and their wide range of applications.

New Zealand's rules date back to 2001, following amendments to the Hazardous Substances and New Organisms Act (HSNO) of 1996.

The HSNO defines organisms as either genetically modified, or not, classed as genes that have either been modified or produced in a lab. However, advances in genetic science, including the use of the CRISPR-Cas9 genome editing tool, now allow for precision editing of genomes, without utilising material from different species. This has a range of applications ranging from plant modification, pest management or even cancer treatment.

Co-chairman Barry Scott, professor of molecular genetics at Massey University, said there was a range of opposing and supportive views across all three areas.

"In healthcare, there was an appetite to consider certain therapeutic gene-editing applications as long as it was safe and negative side effects are reduced or mitigated. Applications should improve wellbeing and be focused on solutions to health issues.

"In pest control, there was some appetite to consider gene drives for pest management if the benefits outweighed the risks. However, there were concerns over unintended consequences of removing species and around the risks of gene-edited pests finding their way back to their native countries."

Prof Scott said comments on the benefits of using gene-editing technology for the primary sector included that it could provide a useful tool for supporting competitive advantage, and for protecting New Zealand's flora and fauna.

"There were concerns about unintended consequences, a need for better understanding of the relevant genetics, and that use of gene-editing technology would compromise the New Zealand brand and any `GM-free' competitive advantage," he said.

The regulatory review identified several potential issues, including that the legal framework was becoming increasingly out of date given the global advances in gene-editing technology.

"The panel would like to see a legal and regulatory system in New Zealand that is more future-proofed and `fit-for-purpose' by being easier to navigate, having clear and consistent definitions and providing a better basis for assessing the risks and opportunities of particular applications of gene editing rather than focusing on the gene-editing process itself."