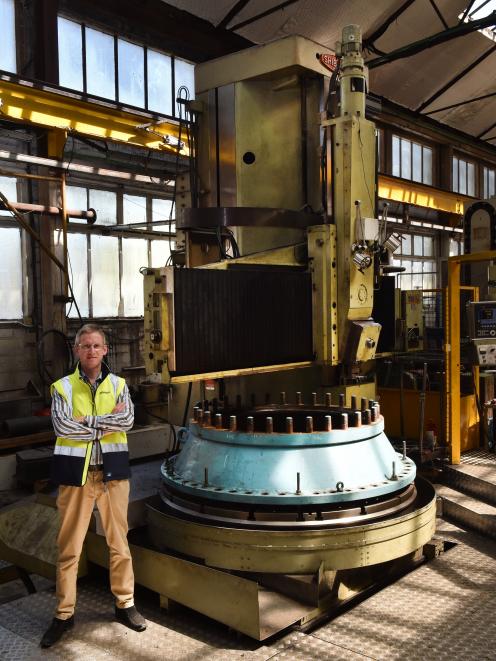 That is certainly the case with Dunedin's new engineering hub, which came about because of complaints to local Dunedin MP David Clark last year about a perceived lack of government support for local manufacturers and engineers.

A subsequent visit to Dunedin by the Ministry of Business Innovation and Employment resulted in $200,000 being signed off for a study into an engineering hub for the city.

Farra Engineering chief executive Gareth Evans, who has been driving the initiative, said the money went towards the development of a feasibility study.

Interviews with 125 engineers and people in heavy industry showed the industry had little budget for training or improving skills and there was little focus on exports. However, there was a large appetite for collaboration in the industry.

The hub concept has now effectively evolved into the Southern Otago Regional Engineering Collective (Sorec), an industry organisation focused on aligning the roles and capabilities of government, educators and the sector into training, people and equipment.

After a year of negotiations the Provincial Growth Fund contributed an additional $500,000 for Sorec and a combined $1.6 million across the six engineering and manufacturing firms under its umbrella.

The money would allow for establishment costs and appointing a full time general manager over a three year period.

Mr Evans said the funding for local engineering companies, the majority of which was for new machinery, was a ''byproduct'' of the funding application process.

''The funding will allow us to invest in equipment and facilities to expand production, showcase production and even move into export markets,'' he said.

''We want as many seats at the table as possible, and would invite Zoom Tech and any other company from across Otago or Southland to get on board.''

He said possible membership would be ''several hundred'' from the Otago, Central Otago and Southland regions, primarily across mechanical and electrical engineering businesses.

Mr Evans said the door would be open to other entities also.

''For example, you might have a contractor who would be an obvious member, as they are a potential consumers of services but also provide services.''

He said it was early days and that the original goals of the organisation might have to be tempered by reality.

''We're conscious we can't deliver on everything, so there's still some refinement of the model to be done. Where we do agree is the need to improve training and pathways into engineering, construction and industry.''

''As a sector we've been poor at not supporting or upskilling our people or promoting apprenticeships.''

He said outside engineering staff working their way directly from the floor into managerial positions, it was hard to identify and fast track talent.

To that end, Sorec intended to work closely with training institutions such as the Otago Polytechnic.

Otago Polytechnic chief executive Phil Ker said the concept was a good one but would be more difficult to implement than the ''idea would suggest''.

''We're struggling to find enough people who want to train in engineering at any level, which is something we've been working on for several years and only getting modest gains.''

''If government investment is based on a predicted surge in interest, then we can't see that happening, as there are competing opportunities for people across a number of pools.

''People say, if New Zealand has labour shortages then the training institutions must be failing. But the opportunities are there. Where we're all failing is in finding people who want to train.

''The doors are open, the first year is free, so there is a lot of opportunity across a number of shortages from construction to engineering,'' Mr Ker said.

He said where in-house skills were concerned, an emerging option was into the area of micro-credentials.

''We are constantly being approached from businesses as to how we can help them with specialist industry training and microcredentials - for example edubits - adding smaller qualifications that add up to a particular skill set.

''We think this is an area where we are close to the tipping point for wider acceptance of this style of training.''

Mr Ker suggested where organisations such as Sorec could help would be in motivating more women into their sector, where numbers were about 10%.