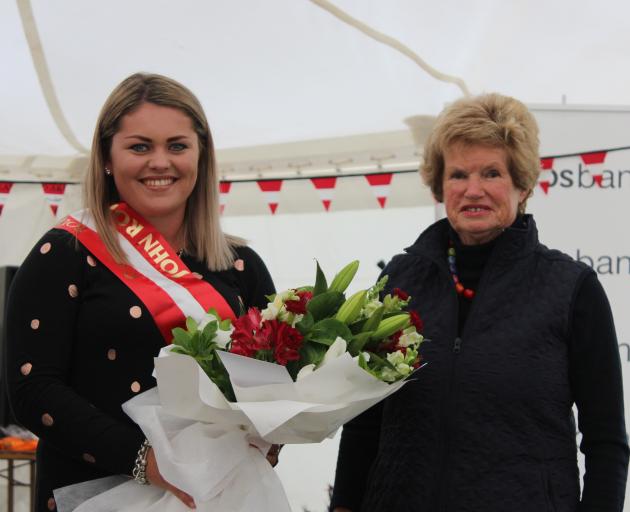 Miss Bell's grandfather, Bert, had been a member of the A&P association and was heavily involved in the equestrian section of the show. Her mother, Paula, is the show's vice-president, and her older sister, Sarah, is the show's equestrian director.

Miss Bell's involvement with the Southland A&P Show began as a 3-year-old riding her pony.

More than 15 years later she is still there every show day lending a helping hand with the rest of her family.

After helping out at the show every year, she felt applying for the award was the right step to take, Miss Bell said.

She was presented with the award by Mr Robins' wife, Joyce, at the official opening of the 2017 Southland A&P Show at Donovan Park on Friday night.

Miss Bell had helped in the equestrian section on show day for the past four years. She now studies at Lincoln University.

She was looking forward to starting with the committee and attending the Southland A&P Show's sister show in Dubbo, New South Wales, Australia at the end of May.

''I'm quite excited to get on board and have some input.''

Miss Bell said she had some new ideas she wanted to bring to the Southland show and her youth gave her a feel for what the younger generation might be looking for.

''It's the 150th show [next year], so it's a good opportunity to try and make it something that the whole family comes along to.''

It was hoped the show could be expanded each year, to start bringing town and country together again, she said.