Consumers must be the focus: report 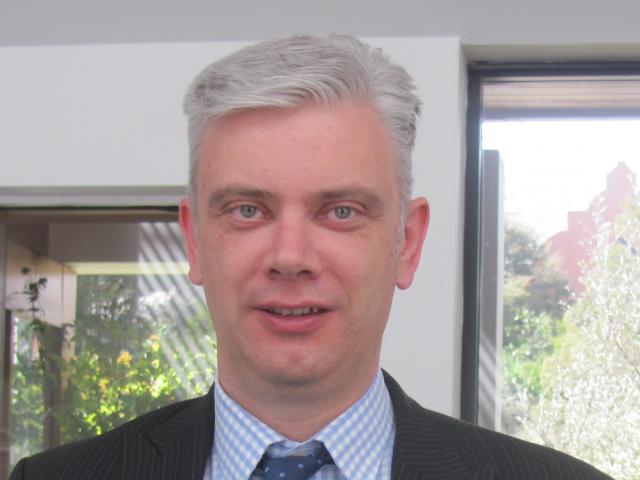 Ian Proudfoot.
The need to create New Zealand provenance brands has been ranked by primary industry leaders as one of the top priorities for 2017.

It had ranked first in every survey completed, although the priority score was at its lowest level since 2012.

It was not a hot conversation topic this year, suggesting most leaders were comfortable with the system and how it was operating, the report said.

At the core of the report was a single simple belief - that to succeed in a world that was changing and would continue to change rapidly, the ultimate consumer of the product must be central to everything that was done, KPMG global head of agribusiness Ian Proudfoot said.

Historically, that had not been the case in New Zealand and the agenda indicated there were still many actions that could be taken to capture more value.

The future for the New Zealand agrifood sector was seen as an artisan, niche producer of premium quality, safe and sustainable food and beverage, fibre and timber products.

But the only certainty about the future was that people would require sustenance and the format that would take would undoubtedly evolve, Mr Proudfoot said.

''It may not be food as we know it today. The demand for traditionally produced, natural protein will decline; however, it will be possible to maintain a market of sufficient scale to consume everything we can produce in New Zealand, if the attributes and provenance of our products appeal to premium consumers,'' he said.

To earn the right to be considered for supplying premium markets, everything about the product being offered must be sustainable.

Sustainability was the ticket to play in premium markets and expectations would increase continuously.

The integration of digital technology into all aspects of a farming system would be necessary for it to operate sustainably.

The increase in the priority attached to provenance branding, co-innovation with customers, embedding resources in export markets and developing a New Zealand integrity mark highlighted the central issue in the majority of conversations with industry leaders - the critical need for the industry to pivot towards having the customers at the centre of everything it did, the report said.

While New Zealand farmers grew some amazing food, contributors highlighted that New Zealand was not world famous for the food it produced.

France, Italy, Switzerland and Germany were world-renowned for their wines, cheese, chocolate and sausages respective, but New Zealand lacked authentic, unique foods sought out by people from around the world.

Many contributors concluded that New Zealand lacked an authentic food culture. Capturing the value inherent in the agrifood sector required greater effort to be made in creating and promoting a unique New Zealand food culture.

The impact the agrifood sector had on the natural environment was a dominant theme in many conversations.

The majority of contributors recognised the future prospects for the industry were inextricably linked to its stewardship of the environment and water.

It was also apparent that, for most leaders, sustainability was a bigger conversation than just that about the land and water; it was also about the role they took in ensuring their animals lived good lives, and their employees were treated respectfully and kept safe, and in contributing to making New Zealand a better place for all New Zealanders.

''The takeaway from our research for this year's agenda is really simple: it must be sustainability first in everything that every organisation in the agrifood sector does every day and we cannot continue to debate this,'' the report said.