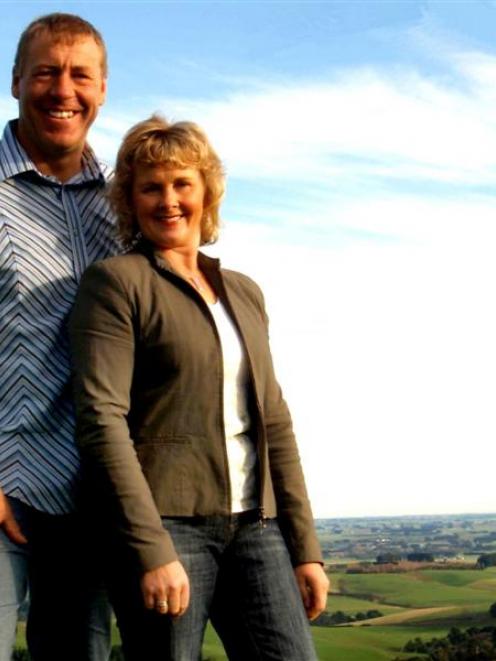 Mr and Mrs Kingsbury, who farm near Mataura, are displaying some of their Texel wool at this week's Canterbury A&P Show in Christchurch.

It is the first time organically grown and scoured wool has been on display at the show, as part of the Wool Advancement Group's (WAG) stand.

The Wool Advancement Group was set up six years ago to share information on better ways of producing, processing, using and marketing wool, and to promote those ways as widely as possible.

Mr and Mrs Kingsbury, who run about 1250 breeding ewes, 320 hoggets and up to about 100 cattle, made the choice to switch to organic farming about 10 years ago.

Their decision was driven by a desire to realise the full genetic potential of their stock and land, Mr Kingsbury said.

Rather than creating work for himself, he wanted his land and stock to work for him and it was always about minimal inputs, he said.

He liked the high bulk wool of the Texel breed and while wool was a by-product for him, the fact that it was ''growing while he was sleeping'' made it an important product, he said.

While he had given up on wool as far as commodity marketing went, showcasing it in Christchurch was an attempt by himto derive added value.

Food safety was increasingly becoming a big issue and the perception of organic farmers was also changing, he said.

Mrs Kingsbury said they needed to be looking at ways of gaining a premium for their organic wool and they had been investigating traceability, right through to the end user of carpets and rugs.

The WAG stand would cover wool at every stage from the paddock to fashion, with hands-on experiences of wool for everyone, chairman Michael Mallon said.

Farmers would be able to try out completely redesigned blade shears and have samples of their wool scanned at the Fibre Scan 1100 booth, while those interested in growing wool organically would find useful information at the Organic Dairy and Pastoral Group booth.

Those interested in wool apparel, fashion design and wool crafts could see how wool could move from cottage to catwalk.

Beverley Forrester, of Black Hill Natural Wools, would have samples of her Beverley Riverina label garments on display. It is the first handknit fashion label invited to show at New Zealand Fashion Week.