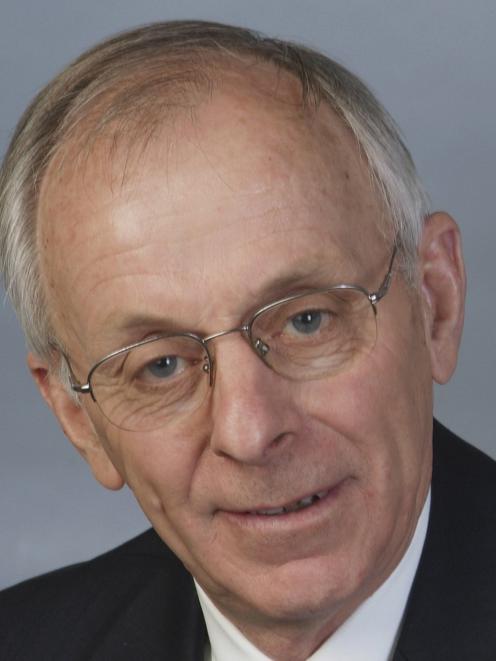 Geoff Neilson
The successful eradication of hydatids, a disease that caused significant numbers of deaths and hospital admissions in New Zealand, was a great achievement - and one that went almost unnoticed, Geoff Neilson says.

In 1971, Mr Neilson was elected to the Hydatids Council, initially as a Young Farmers representative, and through his involvement with the council contributed to both the enhancement of sheep-meat quality and the eradication of the disease.

With the demise of the council in the early 1990s, the need arose for the sheep industry to focus on Cysticercus ovis, which was not a human health risk but a meat-quality issue which had the potential to erode market share and income for farmers and meat companies.

Mr Neilson, now a retired farmer living in Mosgiel, was the inaugural and only chairman of Ovis Management Ltd until his retirement at the organisation's recent annual meeting.

The new chairman is Roger Barton, a sheep and beef farmer from Greytown, in Wairarapa.

The non-profit organisation, which promoted control of sheep measles, was established by and is funded by sheep meat processors through the Meat Industry Association.

Hydatids was responsible for the deaths of 142 people in New Zealand between 1946 and 1956, while 103 people were admitted to hospital in 1953 alone. It caused "strife" and the cost to the country was "huge", Mr Neilson said.

Caused by a tapeworm which lived in the gut of dogs, the hydatids life cycle also involved an intermediate host which, in New Zealand, was mainly sheep.

Humans could also be a host and hydatids posed a serious risk to health through the formation of cysts in vital organs.

The Hydatids Council was a statutory body with powers under the Hydatids Act and it was able to enforce its programme across New Zealand.

The council never faltered on its objective to eradicate hydatids and there was "a heck of a lot of satisfaction" in seeing the decline of the disease. Dog owners and local authorities could also be justifiably proud of the achievement, Mr Neilson said.

Sheep measles was the common name given to lesions in sheep and goats caused by an "intermediate stage" of a tapeworm parasite.

That parasite stage was also known as Cysticercus ovis, while the "primary stage" of the parasite was a tapeworm (Taenia ovis) which infected the intestine of dogs.

Sheep measles caused blemishes in sheep meat which could result in downgrading or condemning of carcasses.

Of all the control measures for the prevention of sheep measles, regular dog treatment was the most reliable and simple to implement.

The programme to manage the level of sheep measles had been a "huge success". When Mr Neilson became chairman, there was a 7% infection rate - and climbing - at meat processing plants, and it was now down to 0.5%.

It had been supported by sheep farmers and dog owners but it was also a continuing story of maintaining pressure for good dog feeding, dog dosing and removing risk factors to ensure markets were not threatened, he said.

Through his role as chairman, he was invited in 2007 by the venison processors to set up and chair a company called Johne's Management Ltd, structured on similar lines to Ovis Management Ltd and that was an organisation he was still involved with.

The role of the company was to assist the New Zealand deer industry in the management and subsequent control of Johne's disease.

That involved the maintenance of a national database that identified the disease at slaughter and working with Johne's specialist veterinarians who could assist deer farmers to implement on-farm control programmes.

Johne's disease was caused by a bacteria and was a very close relative of the bacteria that caused tuberculosis in cattle.

It was a significant animal health issue worldwide in developed livestock industries, particularly dairy, sheep and deer, he said.

It was first diagnosed in farmed deer in New Zealand in 1979. In 2011, economic analysis indicated the deer industry lost about $9 million each year, primarily due to deaths occurring on farm, sub-optimal production in sub-clinically affected finishing stock and very slightly lower reproductive performance in infected breeding stock.

Mr Neilson has been heavily involved in rural organisations over the years, including serving as president of Otago Federated Farmers and on the rural lobby organisation's national council. He was a Nuffield Scholar in 1976.

His father, who died when he was 15, wanted his family to receive either a formal education or acquire a trade. While the young Geoff wanted to be a farmer, his father had him "lined up as a plumber".

His mother supported his ambition and he worked on a farm at Morton Mains for three years and then at Moonlight, in East Otago, for 10 years, before he and his wife Ailsa had an opportunity to buy a farm near Gore.

The family later shifted to South Otago to farm.

All that he had been involved with was only possible with the support of his wife and family, he said.

Mr and Mrs Neilson retired to Mosgiel 10 years ago and while retiring from farming was "a big wrench", he was philosophical about the move.

"You've got to make it work.

When you make a decision, make it work," he said.