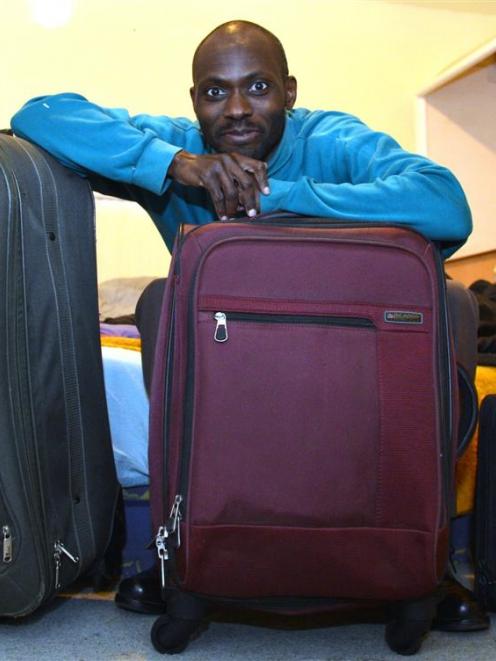 Mr Manono recently completed his PhD research, which involved studying soil quality at 41 farms in the Waitaki district, most of them shareholders in the Morven, Glenavy, Ikawai Irrigation Co (MGI).

MGI funded the study, along with the Agriculture Research Group on Sustainability (Argos), and Otago University.

A PhD student at Otago University's Centre for Sustainability, Mr Manono has been working with MGI farmers over the past three years to measure changes in soil quality, and especially earthworms in paddocks which were irrigated or received effluent collected from the farmyards and cowsheds.

It was ''great news'' that farmers were recycling nutrients by spreading the effluent back on the paddocks, and were also building soil quality.

''So they will need less fertilisers and irrigation water in the longer run,'' he noted.

About 10% of the cows' urine and faeces was deposited in farm yards and the cowshed. Dairy farmers were getting smarter and finding better ways of spreading the waste back on to the land to reduce waste and environmental risks, he said.

The numbers of top- and mid-level earthworms in irrigated soil were increasing in irrigated paddocks and where effluent was spread, he had found.

Earthworms were what ecologists called ''ecosystem engineers'' because ''they make and maintain soil, promote nutrient turnover and help plants take up nutrients'', he said.

''Healthy soil has lots of earthworms,'' he said.

It was ''great'' that irrigation and effluent spreading built earthworm numbers in the upper and mid-levels of the soil.

'' But it is also a bit worrying that we also found that deep-dwelling earthworms declined in irrigated paddocks, perhaps because they are being drowned in the very wet conditions,'' he said.

''We need to go looking for other species that can cope better with saturated soils to keep the soil healthy in the longer run,'' he said.

Prof Henrik Moller, of the Otago centre, was Mr Manono's supervisor, and is science leader of the New Zealand Sustainability Dashboard Project, which directed this research.

Mr Manono had worked hard and his research findings were nationally significant, in highlighting some of the benefits of effluent recycling on dairy farms, Prof Moller said.

Such recycling had many advantages, including reducing the amount of costly externally sourced fertiliser.

Substantial amounts of energy were required to manufacture such fertiliser, and recycling effluent was more efficient and helped improve soil health.

The health of earthworms and of beneficial microorganisms in the top 30cm of farm soils was of crucial importance for the New Zealand economy, he said.

Robin Murphy, chairman of MGI, said the research was good news for the sustainability of dairy farming.

''Effluent spreading and irrigation build soil structure, so the soils can hold more water and be better aerated.

''The treated soils also have higher nutrient levels. So all up, effluent spreading and irrigation itself is making farming more efficient,'' he said.

''Our survey showed that our farmers put a high priority on soil care, right up there with stock welfare and production efficiency as farm management priorities,'' he said.