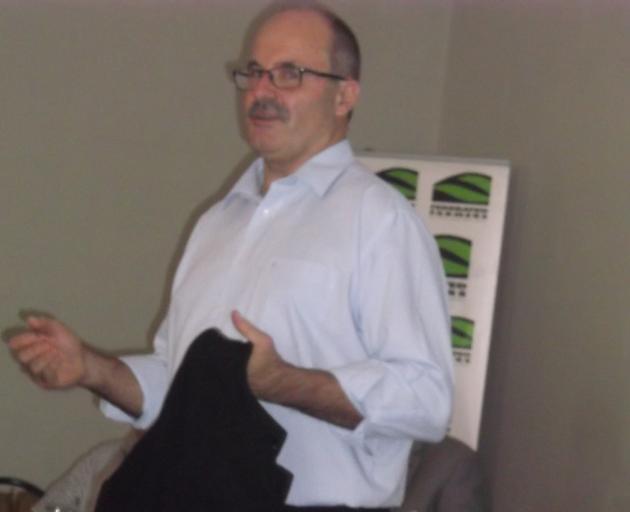 Department of Conservation director-general Lou Sanson says he would rather sit down with environmentalists and farmers to find a way forward. Photo: David Hill
Collaboration is the way forward for conservation.

''We often hear the criticism that Doc is completely missing in the advocacy area, but I would prefer to sit down and talk about things rather than go to the Environment Court - collaboration is where it happens.

''How do we get a common agreement as a country and make use of the latest science? This is what we would rather see happening than Doc telling you what to do.''

Mr Sanson said a good example of collaboration in action was the work of Te Korowai coastal marine guardians in Kaikoura which led to the Kaikoura (Te Tai-o-Marokura) Marine Management Act (2014) and the development of a marine reserve and mataitai and taiapure areas for controlled recreational fishing.

He acknowledged his department's decisions were not always popular, but it had to balance commercial and environment interests - and the competing demands of farmers, tourists and environmentalists.

''I know we were not popular with farmers in the Mackenzie Basin, but how do you work with people when you're not popular and you're a major partner?

''People do see the Mackenzie Basin as an iconic landscape, so where do we go?''

Mr Sanson said balancing those interests with the growth in tourism was particularly challenging.

''There is a culture in Doc which welcomes people, but finds the commercial stuff quite hard and we've got to get better at that because tourism has really taken off.

''We've got this huge growth in tourism, but how do we balance biodiversity and how do we clip the ticket?''

He said one option being looked at was a GPS ticketing system to keep track of tourist numbers and ensure everyone contributed to the cost of looking after the environment.