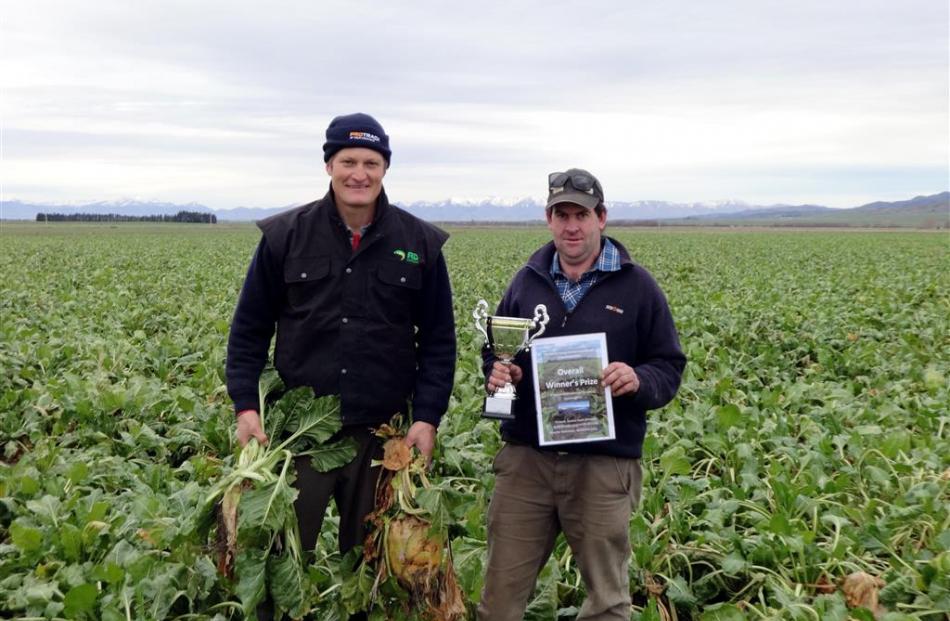 The competition attracted 50 entries and it was Mr Duncan's crop that claimed the overall title.

A dinner, auction and prize-giving held at the Maniototo Stadium and attended by 140 people raised $20,000.

Once costs were deducted, the proceeds would be split between the hospice, local junior sports teams and to help young shepherd Brooke Solly, who suffered serious injuries in a crash in April.

Organiser Brooke Elliot, who was pleased with the result, was grateful for the support of sponsors and those who attended the function.

Speakers Cameron Leslie and Dick Taylor were "amazing'' and the Maniototo community would be backing Mr Leslie, a paralympics swimmer, at the Paralympics in Rio de Janeiro later this year, she said.

New Zealand Young Farmers chief executive Terry Copeland said the club's support of Miss Solly was a reminder of how much voluntary work, on behalf of the community, that Young Farmers were undertaking throughout the country.

Miss Solly, who had been intending to join the Maniototo club, rolled her vehicle and has since been recovering at Burwood Hospital.

"We are proud of the huge role our members play in rural communities and believe it is vital to those communities' health,'' Mr Copeland said.