Pilots trained in NZ in demand

Philip Kean stands in front of some of hte intake of students at Mainland Aviantion College with a few of the company's prized Cessnas. Photos: Peter McIntosh
Mainland Aviation College continues to produce talented pilots every year, helping meet a forecast shortage of more than 250,000 people to fly planes in the Asia-Pacific region. Jacob McSweeny visited the company's hangar.

Not only does Manit Mehta have to deal with the pressure of performing banking manoeuvres in a plane thousands of feet in the air, he has also faced the culture shock of moving from New Delhi to the Taieri.

But the young pilot, on the verge of obtaining his commercial flying licence later this month, has loved life at Mainland Aviation College out by Dunedin International Airport. 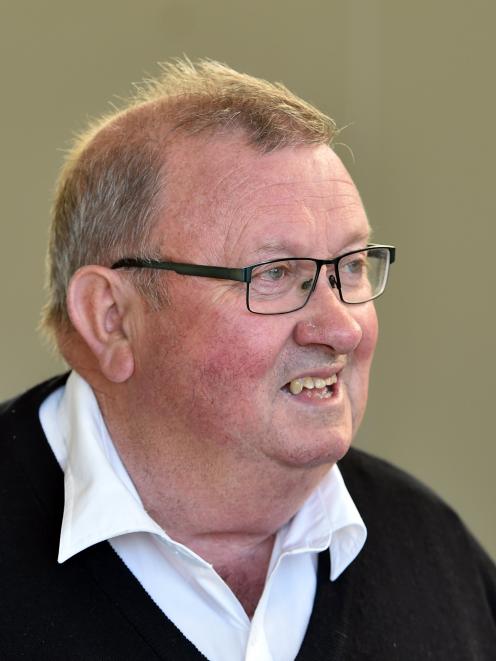 Philip Kean is the chief executive of Mainland Aviation College.
He has had the dream of becoming a pilot since he was 4 and now it is so close he cannot wipe the smile from his face.

"The feeling of getting something you always wanted ... it’s something else," he said.

And while many people have been disappointed with the weather this summer, Mr Mehta has been in his element.

"Training in a valley makes you familiarise with all the aspects of the kind of weather you’re going to face in New Zealand.

"New Zealand is a special country; you can expect anything at any point of time. It’s completely different," Mr Mehta said.

"Right now you can see that it’s a pretty bright sunny day and next hour you cannot imagine there’d be heavy showers on us. We have seen all sorts of weather and it has made me a great pilot."

His colleague, Abdullah Al-Saidi, from Sohar in Oman, is also on the brink of getting his commercial licence.

"The mountains and everything. I was at a different school [before] but here the instructors are really good and experienced. Here the quality of training is much better than in [other] countries."

Being trained in New Zealand was attractive to employers in his home country, Mr Al-Saidi said. 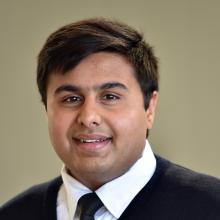 Manit Mehta
While Mr Al-Saidi preferred scenic flights where he had the chance to view the South Island’s attractions, "I’m on my revisions right now ... I like to do ‘max rates’ a lot," he said.

"It’s a manoeuvre. Max rate is my favourite one right now. The angle of bank is more than 60deg ... you are turning at a critical angle of height. You have to maintain your height.

"If you master max rates, you are a master."

Both of these young men are just two of a conveyer belt of pilots coming out of Dunedin’s pilot school, Mainland Aviation College.

The school has about 70 students at any point in time. Most of them are international students, largely from India, and will return home to work for large airlines once they are qualified.

"It’s great. It’s the way it should be because you’re training has to go through fast.

"It’s a great achievement for us to do that."

The college has also put about 40 pilots through to Air New Zealand in the past 12 years.

They had been training pilots since 1991 and Mr Kean estimated they had put about 1000 pilots into the industry in the last 12 years. Many will stay on at Mainland to be instructors.

They also trained part-timers looking to get their private pilot licence, often on weekends.

The quality of a flight school often came down to its stock of planes, Mr Kean said.

"Air New Zealand like us because we’ve got those Chieftain aircraft out there ... it’s an easier transition to go from the Chieftain to the ATR."

But the planes of choice for Mainland were Cessnas.

"Why we’re all Cessna here is because the Indian DGCA, which is the Civil Aviation department of India, insist on Cessna. We’ve got to comply with that."

"It’s really stepped it up. 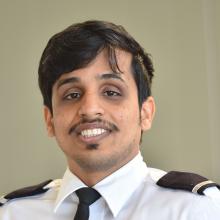 Mainland Air has 14 planes ranging from Cessna 172s, 152s and 2172s. It also has a Piper Seneca and two nine-seat Chieftains, which are used for hospital transfers.

The school was doing its best to help address a shortage of pilots in the Asia Pacific region.

Boeing predicts the region will need 266,000 new pilots in the next 20 years.

Mr Kean said communication had to be simple and clear with many young pilots for whom English was not their native language.

"For a start there is [a language barrier].

"We might say something like ‘it’s all set’ whereas they think all set is it’s in concrete.

"You’ve got to get used to talking their way and my biggest problem, I can’t talk too fast. We’ve got to make sure they understand what we’re saying."

The students all arrive with a qualification in the English language to a certain level.

"It takes a wee while for them to pick it up and get into it.

"But once they get into it they’re very, very good."

Other challenges included getting appropriate accommodation for the incoming students.

"Mosgiel hasn’t really got the student accommodation that Dunedin has got.

"So if we moved into Dunedin we probably could get some good student accommodation and there is some there. But we like to have them handy out here."

He said in time he wanted there to be a purpose-built accommodation and training facility at Mainland Air.

At the moment the classrooms are just portacom offices.

"They do a good job but it will be nice to have a purpose-built building," Mr Kean said

The college provided a good chunk of money for the local economy as well. Mr Kean estimated the students would spend between $3.5 million and $4 million per year.

Many would pay for accommodation, buy a car and shop at local supermarkets as well as the fees they paid to the college.