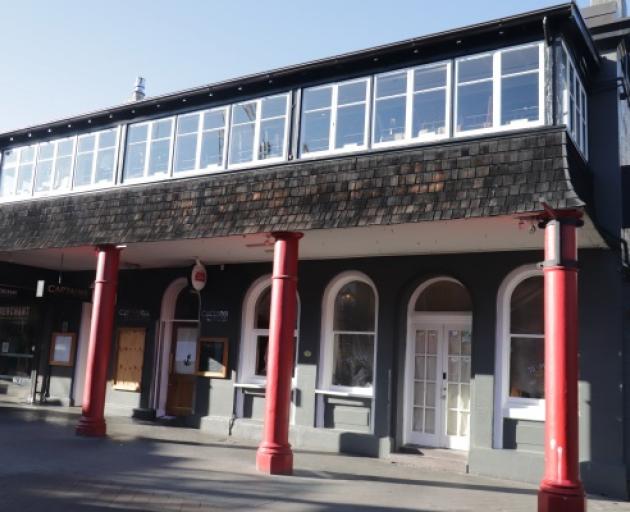 The restaurant’s been part of the Wai Group, which also owns and operates Bella Cucina, Public Kitchen & Bar and Finz Seafood and Grill.

Wai Group director Martin James says the Covid-19 lockdown was a good time for the company to re-evaluate where they were at with numbers, and explore other opportunities.

Ultimately, they decided running four establishments was going to be too pricey in a season with less revenue and fewer visitor numbers.

“The Fat Lamb was our biggest site – she’s 266 square metres of prime Queenstown real estate and that comes at a cost.

“I think it is going to be a long road out of here and we [asked] ‘do we hang on and put yourself into a lot of debt to get out the other side?’ … When revenue drops to a certain level it just becomes uneconomical, so why put yourself through that stress?”

The decision was not without a few tears, James says.“Emotionally, it was probably one of my favourites of the whole group but I just felt that you had to remove the emotion from the call and have a look at the figures and say, ‘right, well we want to come out this situation without so much debt’.”

About 10 Fat Lamb employees have been redeployed to the other three establishments Wai owns.

The restaurant opened two years ago – after their Coalfire closed – when there were plenty of international tourists around.

“We wanted to give them a slice of Kiwiana … New Zealand has a rich heritage in pastoral agriculture.

“Even Australians, they all ask, ‘where can we get good lamb?”’

But James says the Wai Group still owns the intellectual property for the restaurant it won’t be the last we hear of it.

“Watch this space, it’s not over.”

The space has been taken over by neighbouring restaurant, Captains – its owner Jenny  Goulding’s keeping mum on plans for it at the moment.