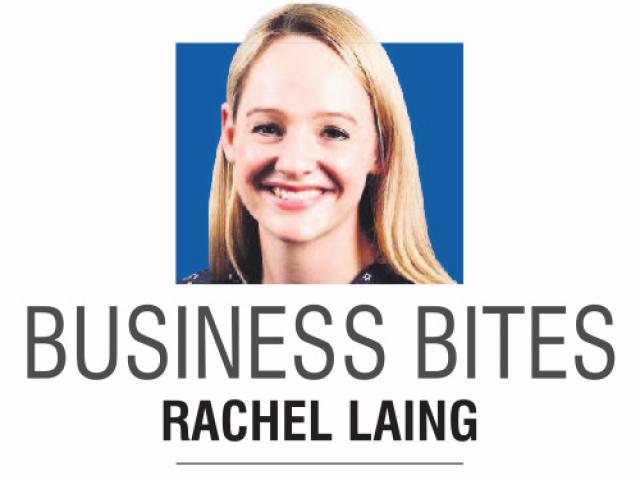 Businesses which are considering adopting Maori words or imagery in their branding now have the benefit of a set of guidelines to help them reference Maori culture respectfully and avoid being accused of cultural appropriation.

Karaitiana Taiuru, a Maori cultural brand adviser who has been working as an advocate for Maori intellectual property rights for more than 20 years, says he put together the guidelines in response to witnessing the significant damage to brands and personal reputations that is often caused when people incorporate elements of traditional Maori culture, including Maori language and designs, in a way that is offensive to Maori or contrary to Maori values.

In most cases, businesses are well down the branding path before realising their mistake and are often mortified at causing offence.

For example, last year the owners of a leather goods shop in Wellington were bombarded with abuse and threats after naming their shop “Huruhuru”, which translates as wool, fur or hair but is also commonly used in te reo to refer to pubic hair.

More recently, the Whakatane District Council apologised to iwi after using the phrase “he taonga te wai”, meaning “water is a treasure”, to encourage people to conserve water, a move many considered inappropriate because the phrase had been widely used by Te Runanga o Ngati Awa in its campaign against the granting of consents allowing the expansion of water-bottling plant Otakiri Springs.

Of course, cultural appropriation is not only a New Zealand issue. Big overseas fashion brands are regularly accused of cultural appropriation. Last month Australian fashion label Zimmerman apologised for the offence caused by its use of a traditional garment from the Oaxaca region in Mexico as inspiration for its $800 tunic dress “without appropriate credit to the cultural owners of this form of dress”.

Danish brand Cecilie Copenhagen has an entire range of clothes, popular with New Zealand women, which uses a design heavily inspired by the Palestinian keffiyeh, which has been a symbol of the Palestinian struggle since the 1930s.

Celebrities are also frequently blasted for culturally inappropriate fashion choices. Examples which spring to mind are singer Adele pictured wearing Bantu knots (a traditional African hairstyle) and Katy Perry dressing up like a geisha for her 2013 American Music Awards performance.

It is often argued that there is a thin line between inspiration and appropriation, and what some see as appropriation others see as appreciation. The response to this is that it is not for the outsiders of the culture to decide whether something should be offensive; if the people whose culture and history are being referenced are offended, then that should be enough.

Regardless, for most small businesses, the risk of reputational damage is simply not worth it, not to mention the wasted costs if you are forced to rebrand. That’s why it’s important to do your research on the potential origins of a brand name or logo at the beginning of your branding process and if necessary involve advisers who have the knowledge to advise on the culture you are referencing.

If you are using Maori words or imagery, seek advice from a te reo expert or cultural adviser. Mr Taiuru’s Maori Culture Guidelines, which can be downloaded from www.taiuru.maori.nz, provide advice on aspects such as how to consult with affected groups, inappropriate associations of words and concepts, use of Maori names, symbols and flags, taonga species, and who can use .maori.nz and .iwi.nz domain names.

Be aware that a trademark application containing these elements will likely be referred to the IPONZ Maori Trade Marks Advisory Committee, which will consider whether your use of the trademark in relation to certain goods and services could be offensive to Maori, in which case registration of the trademark can be refused under section 17(1)(c) of the Trade Marks Act 2002.

Don’t rely on the Maori advisory committee to do your research for you though; the owners of the “Huruhuru” shop were all the more surprised by the backlash they received because they had been given the go-ahead by the IPONZ advisory committee.

While the appeal of incorporating elements of Maori language and culture may be to invoke a sense of “kiwiana”, remember that the strongest brands are those that are completely novel — such as a made-up word like “Google”.

The more distinctive the brand, the less likely you are to be offending someone’s culture or infringing someone’s intellectual property rights, and the easier your brand will be to protect and market.

- Rachel Laing is a senior solicitor with Marks & Worth Lawyers and specialises in intellectual property and privacy law.

Here's an idea - let's keep the English and the Maori languages separate. Don't use Maori if you're not Maori, and don't use English if you're not NZ European.

That way, no mistakes can be made.

Because God forbid we offend anyone!

In short, being "offended" is an out of control political strategy in modern New Zealand.

No mistakes? English spelling is one big mistake!

Only if you don't learn how to do it!

I've encountered "being offended" as an out of control political strategy fairly frequently. Most often expressed by Don brash and his collection of misfit supporters who are regularly reported as being offended by any Maori initiative that they see as exclusive. Most often it arises around Maori language week when they express their outrage at having Maori language shoved down their throats. The fact that it is assailing their ears and not their throats seems to pass them by.
As the article points out, abuse of intellectual property rights, trademarks and copyright is an international issue. A lack of tolerance in simply accepting that another culture might want to protect ith symbols of its culture is a sign of ignorance and fear.

The current social engineering is a joke. We are continually being assailed by meaningless interjections of Maori into English language programmes. I suspect most people just learn to ignore them so it is a pointless strategy. If I wanted to listen to Maori language I would watch Maori tv. As for 'being offended', by far the greatest number of complaints come from Maori and Maori apologists so where you get the Don Brash angle from I really don't know. Certainly as a native English speaker I could be frequently offended by the way English is butchered here in NZ. Do they not teach that the plural of woman is women or that there is no e in known (frequently mispronounced knowen)?
As for abuse of international copyrights and cultural appropriation, Europeans could have a field day if they went down that road. When will others stop copying our culture? Personally I take it as a complement, but then I do have a culture that has been copied the world over.

Response to David, 22/2/21.
Well given that te reo is designated an official language of NZ it's not surprising that it is being used frequently. I note that English is not legislated an official language.
A simple Google search will produce a multitude of Don brash quotes railing against Maori this and Maori that.
As for English culture being copied. I can't think of one example to demonstrate this. The English culture was imposed, forcibly by colonisation and against the will of the indigenous people everywhere. And that includes Scotland, Wales and Ireland.

The issue of cultural appropriation is unlikely to only encompass non-European cultures. Many a business has used symbology and cultural iconography from earlier times in European civilisation inappropriately. I’m thinking of the many times I have witnessed historical Viking or early Norse designs and Runes used by companies across the world in odd configurations, did the designers and brand strategists think of consulting the Danes, Norwegians or Swede’s? Another classic example is the iconic Celtic knot and decorative filigree most closely associated with Ireland, often whipped up for a themed pub or restaurant with little complaint. Do your homework if seeking inspiration from any culture, from any part of the world.

Perhaps, it's the right time to move on to a HUMAN culture?

I couldn't think of anything more boring.

IRD 1) It was patently obvious that English did not need to be legislated for since it is the nearest we have to a universal language. It is, and will remain the dominant language in NZ despite the efforts of the present govt because it is really useful. If we relied on Maori language very few in the world (or NZ) would understand us.
2) Copying of English culture. Firstly you claim re forced colonisation is false. As a major trading nation the Brits were often welcomed and did tend to sort out a lot of tribal warfare in order to develop trade. If you want to be pedantic Wales and Ireland might want to blame the Normans, Scotland invited the union (granted not all, but the leaders of the country). Governance, laws, dress all provide good examples of cultural appropriation, and in more recent times music. And then there are all the technological developments that have benefited everyone. When did the wheel appear in NZ, or metal goods?