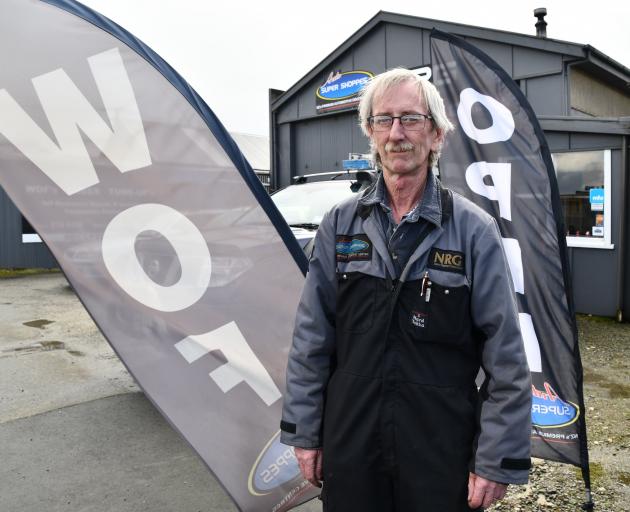 The NZ Transport Agency has allowed for vehicles with warrants that expired after January 1 to continue being on the road if they had not been inspected.

That amnesty will end on October 10 — meaning a large number of outstanding warrants from throughout the year will need to be renewed in the next month.

The Motor Trade Association (MTA) says nationally by the end of October more than one million vehicles’ Wofs will have expired, with more than half a million of those having expired before September and October.

"It’s a bit of a crunch time at the moment for the industry," MTA advocacy and strategy manager Greig Epps said.

"The big message to the public is to expect delays but don’t delay. Get in, book a time ... to have the comfort of knowing that your car will get inspected."

Mr Epps estimated Otago was about 20,000 Wofs shy of where it was at this point last year, and for Southland it was half that number.

"We’ve put a message out to our members to look at ways to try bring that flow through — open longer or part of the weekend."

"We did a couple yesterday that were due in May [and] June so they’re well overdue."

He was advising people not to wait until the last minute to get their overdue Wof sorted.

"I’ve had a few people saying ‘Oh I don’t need to get one until the first of October’."

In Dunedin, PD Auto Services director Nick Johnstone said it took about a week for them to get to a Wof at the moment.

"That’s because we’ve had a guy away on bereavement leave," Mr Johnstone said.

"We would probably be tracking along quite normally if he was here."

However, he said it might get worse in October.

"I am telling people ... it is OK to drive around because it’s not being policed until October. As for the ones that wait until October, it might be a different story for them."

In Oamaru, Hiway Autos owner Michael Corder said his workshop had been going through a lull after a chaotic few weeks following the Alert Level 4 lockdown.

"We went hammer and tongs after lockdown for the first three months ... it was absolute chaos."

Mr Corder said he and other mechanics in the area were all waiting to be "hit hard" in October.

"I’ve actually got a week’s holiday booked for the start of October ... so I’m hoping it doesn’t hit too hard."

VTNZ was urging its customers to get warrants done as soon as possible.

“If you’re one of the hundreds of thousands of vehicle owners whose WoF expired after 1 January 2020, and you haven’t yet renewed it, drop in and see us or book online today," VTNZ general manager of operations Gavin McNaught said.

He said there were longer wait times than normal at VTNZ branches because of the backlog of expired Wofs and he was encouraging customers to be patient.

Mr Epps, of MTA, said there needed to be a plan to rebalance the calendar for Wofs in New Zealand.

"Once we get through this build-up we need to look ahead to 2021.

"The industry is going to have a new inspection profile it will need to look at. April will have hardly any inspections ... any vehicles that are being inspected over the next few months — if they get a 12-month Wof — means we’ll run into September, October next year again with a large volume of Wofs to be done.

"This is a rollover thing we need to look at."

He said the MTA was talking with NZTA about options to fix that.

"There’s not a lot of options behind manipulating the length of a warrant of fitness expiry. Yes, you had your vehicle inspected in October but your Wof will only be valid through until maybe August or June or July next year."