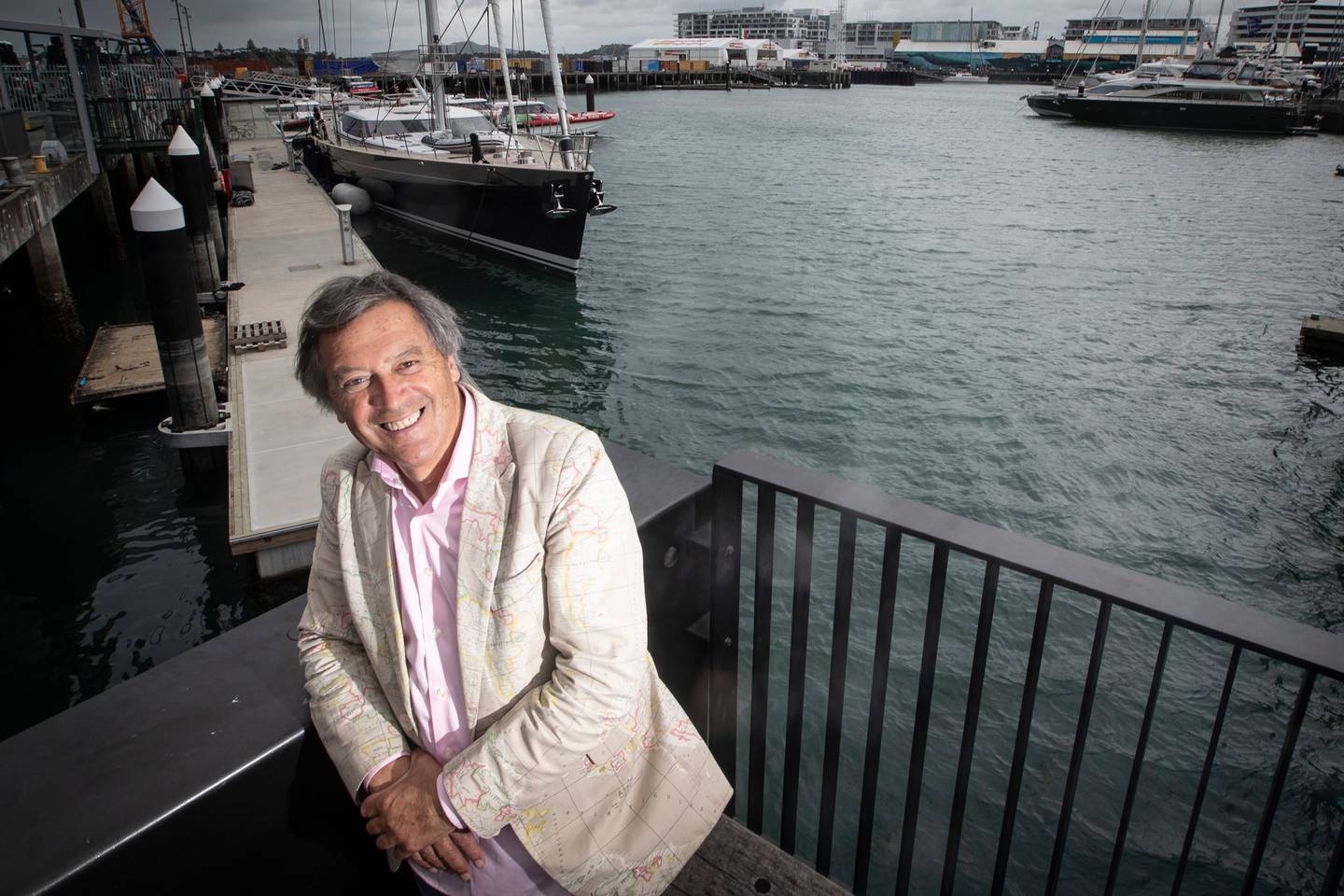 Sir Ian Taylor. Photo: NZ Herald
A delighted Sir Ian Taylor has been given approval by the Government to trial a private self-isolation system for international travel, designed to free up spaces in MIQ for returning Kiwis.

The Animation Research founder received approval yesterday from the Ministry of Business, Innovation and Employment (MBIE) to run a privately funded trial that Taylor is calling #151 Off The Bench.

He wants to prove he can fly from Dunedin to Auckland, on to Los Angeles and San Francisco, and return to New Zealand safely using the latest technologies available and without taking up a space in a hopelessly overloaded MIQ system.

The approval is a victory for Taylor who has outlined his plans in a series of articles published in the Herald, saying his staff need to travel, like other business people, but they do not need to take up MIQ spaces and deprive other Kiwis from returning home.

Last month when the Government announced 150 places for business people who wanted to run a private, self-isolation system, Taylor said he didn't want to take up one of those spots either. Instead he lobbied the Government to allow him to trial his own system, #151 Off The Bench, which he is convinced will be Covid-19 proof.

"We're not asking anything of MIQ. What we want to do is create a system that runs parallel. That means those people who don't have the kind of resources we have can get those bids and get home. I would feel terrible to take an MIQ slot, I wouldn't take one."

His will be a quick visit to the US in November, just time for a meeting about golf with Fox Sport in LA and another with Major League Baseball in San Francisco. Taylor has a lot at stake, knowing that his trial will be very public and open to scrutiny.

"This is about doing a full-view test showing how businesses can operate in order to keep the economy running."

If he can prove it works, he sees no reason why the "road map for the future" could not be expanded outside of business to include sports and cultural teams, Government officials, film crews who are currently taking up MIQ spaces.

At age 71, Taylor is well aware he's in the high-risk category if he caught Covid-19 despite his double vaccination.

"I'm well and truly in the danger zone, but this is how confident I am. Yes, I'm susceptible but that's why my mask is not coming off. That's why I've got the best mask you can buy," he said.

"I will have tools and tests with me so I can test every day just to make sure I haven't picked it (Covid-19) up. I will not be going anywhere near a restaurant, or a cafe or a pub. I'm there for a meeting, and most importantly, I'm there to make sure I don't get Covid because otherwise I'm not coming home. I don't get on the plane until I prove I am negative."

Once back in Auckland Taylor will then self-isolate in an hotel and will continue testing.

"They have been really tremendous. When they saw my plan they were really interested in my idea and the technologies I was finding, especially the New Zealand-based one." 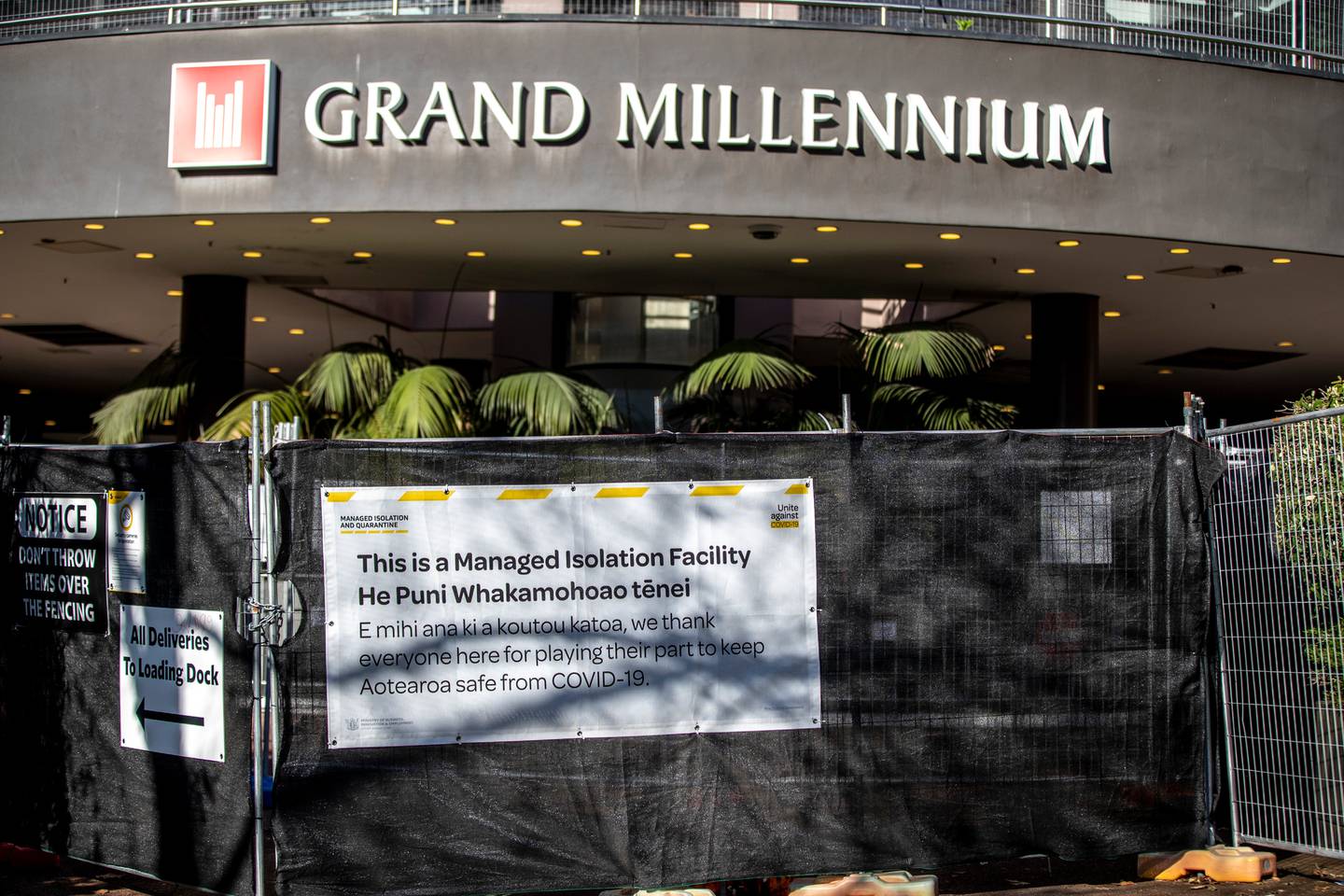 Sir Ian Taylor hopes his #151 Off The Bench system of handling international business travellers privately will free up much-needed spaces in MIQ hotels. Photo: NZ Herald
Now Taylor will work with MBIE to merge his #151 plans with the 150 private business spots.

"The primary objective was to say "we're here to talk. Can we help?'

Taylor hopes a private MIQ system will help open up the economy and give businesses needing to send staff overseas some surety. And he is confident #151 will work. His "road map" includes technology including a geo-fence watch that will act like a virtual fence around Taylor's room when he is self-isolating in Auckland on his return.

"That watch when I put it on my wrist, I can't take it off. The minute I take it off, alarm bells go off and you're in big trouble," he said.

"People in this scheme are not going to go jumping over fences and breaking the rules because the cost is too big. We have to design a system that is bulletproof and doesn't require huge amounts of resources otherwise we are just going to be like MIQ again."