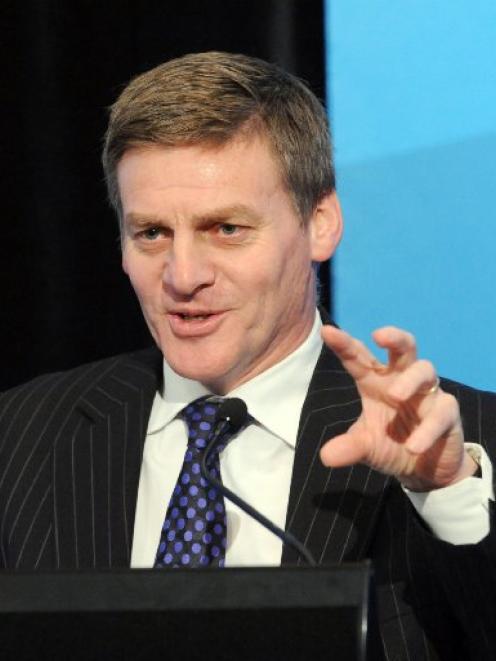 Bill English
The Government accounts are in surplus by more than $2.3 billion for the 11 months ended May and no-one cared.

The surplus, or lack of it, has been the focus of attention of both the Government and the Opposition parties for more than seven years.

The operating balance excluding gains and losses (obegal) has been wafer-thin in the past but allowed the Government to meet its election promise of returning the accounts to black.

The last time the Crown accounts recorded a larger year-to-date obegal surplus than the May 2016 surplus of $2.3 billion was the June 2008 annual financial statements, when the year-to-date surplus was $5.6 billion.

This should be something to celebrate.

However, Finance Minister Bill English did not bother to put out a statement congratulating himself or saying how the Government's fiscal prudence was paying dividends. Nor did he comment on how the accounts were subject to seasonal influences and there was no guarantee a surplus would be achieved next month.

There should have been something from Mr English, especially around whether debt repayment, more infrastructure spending or tax cuts were on the agenda.

Neither the Green, Labour nor New Zealand First parties bothered to put out a statement criticising the Government for racking up a surplus while there were homeless people on the streets of Auckland and others sleeping in cars.

Nor did the Opposition parties talk about the selling of state houses while the Government racked up surpluses. There was also no talk, either, about the new strategy for the Government to borrow $1 billion to lend to local authorities interest-free for new infrastructure for housing developments.

It was a strange day in politics and finance yesterday. We may have reached "surplus nirvana''.

The financial accounts, released by the Treasury, showed core Crown tax revenue was $64.7 billion, 0.6%, or $364 million higher than forecast, largely due to customs and excise duties ($188 million), source deductions ($182 million) and GST ($98 million). The variances were a mix of timing and permanent in nature.

Core Crown expenses of $67.2 billion were close to forecast.

And in what has become a familiar theme, the operating balance, which includes all the losses and gains, was in a deficit of $1.5 billion, $82 million larger than forecast.

The operating balance was again hit by ACC actuarial losses, this time of $880 million. The Emissions Trading Scheme liability increased due to an increase in carbon prices, resulting in losses of $520 billion. But the losses were partly offset by favourable movements in Crown investments of $1 billion.

The biggest increases in expenses were in social security and welfare, up $567 million to about $22 billion, which the Treasury said reflected the indexation of welfare benefits and an increase in recipient numbers, particularly for New Zealand superannuitants.

Health expenses rose by $506 million to $14.3 billion, which it said was funding provided in the 2015 Budget to maintain and improve service levels.