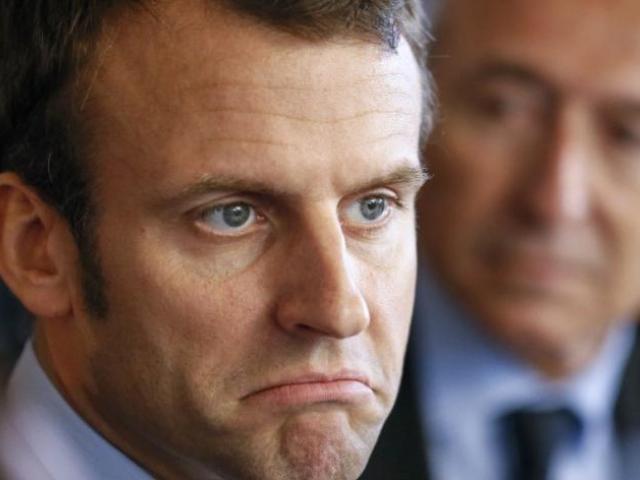 Emmanuel Macron. Photo: Reuters
The rioting and disorder in Paris and several other French cities is another warning to Western liberals and elites. The troubles are also a blow to efforts to combat climate change.

French President Emmanuel Macron yesterday responded with specific measures and placatory and apologetic remarks. He was forced into a corner by five weeks of disorder and had little choice.

Mr Macron won power as a fresh moderate who sought to make France more competitive in a global world. He was also determined the country should play its part environmentally.

Achieving both aims has been tougher than he could possibly have imagined.

A trigger for the ''gilets jaunes'' (yellow vest) protests in Paris and other major cities was an increase in diesel prices. This morphed into anti-tax, anti-government mayhem.

Spurred by social media, and aggravated by violent trouble-makers, the anarchy increased. Pictures of Paris streets shrouded in tear gas, littered with burnt-out cars and defaced monuments and punctured by smashed windows rocked the nation and shocked the world. Even allowing for the French proclivity to protest, this has been ugly.

A backtrack on the diesel hike plus a mobility grant for people who drive to work failed to douse the flames. The focus has now turned to the reaction to Mr Macron's speech.

The former banker was seen as ''president for the rich'' and out of touch with the concerns of rural and regional France. The elites of Paris might have cared, as it has been described, about the future of the world but protesters cared about the end of the month.

One poll found that, while 85% of respondents opposed the violence, 72% supported the yellow vests. Fundamentally, the leaderless movement tried to underline money woes, frustrations and suspicions about politicians.

Mr Macron yesterday announced a rise in the minimum wage, the removal of tax and social charges on overtime and the removal of a pension surcharge as well as pleading for companies to give staff a tax-free bonus. He has also promised more consultation with the provinces and a new ''national contract''.

Parallels can be seen with the anger that powered a Brexit majority vote in Britain and led to support for Donald Trump. Under pressure from job losses and income stagnation from globalisation and automation, and feeling their values are disregarded or scorned, many in the Western world have lashed back. The liberal and educated elites in their echo chambers have been losing touch with the populace.

Unfortunately, the reaction can lead to authoritarianism, repugnant nationalism and the undermining of democracy itself. Italy has turned hard right, and prejudiced populism has been intensifying in the likes of Poland, Hungary and even Austria.

Already, too, the Polish President has referred to the reversed fuel tax rises at climate talks saying climate policies cannot be implemented against the people's will. While Mr Macron could have introduced the increased taxes more collaboratively - and with corresponding pay back to citizens - politicians around the world cannot help but take note about what happened in France and be wary.

Mr Macron has been called arrogant and out of touch. But while New Zealand under the widely liked Jacinda Ardern is different, the traction National gained when petrol prices spiked recently was a salutary warning. Significant taxes to discourage petrocarbon and coal use are likely to be received badly.

Labour and the Greens are vulnerable to pushing progressive attitudes - often with tacit backing from much of the media - while belittling or shutting out deplorable views from ''ordinary'' New Zealanders. This could well be one of the reasons National continues to poll well, even though New Zealand First acts as a handbrake on the Government.

"Under pressure from job losses and income stagnation from globalisation and automation" Coupled with these arguments the leaders in these countries have been favouring mass migration. Something doesn't stack up. Here in New Zealand we can see the consequences on infrastructure and house prices etc. The UK has had 20 years of 200 to 300 thousand annual net inflow of immigrants and the country is beyond creaking.

'Tacit backing from the media'? That's objectionable. ODT is not TalkBack Radio.

That 'progressives' (whoever they are), are negative elements is reactionary conclusion.

And ignore the propagandist Right, with its trendy agenda, to normalise extremism.