It was confirmed yesterday the council had purchased the 121-year-old building for $128,000 and would take possession on February 10.

The deal was finalised with help from a third party, who bought the building from former owner Sam Chin and  sold it to the council.

A report on options for the venue’s future was expected to be presented to councillors within three months. 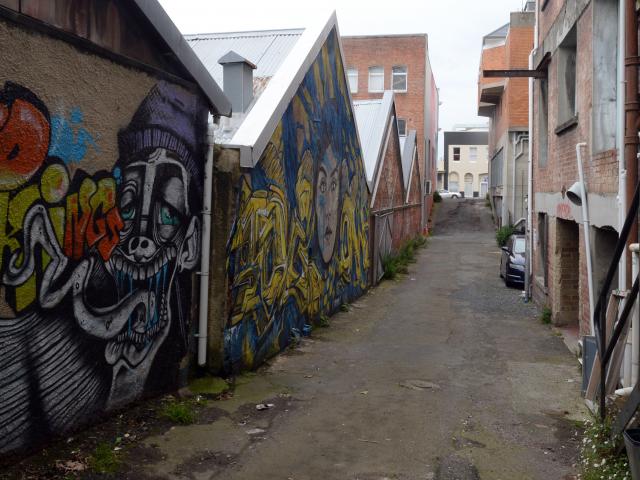 The purchase of Sammy’s will boost the next stage of the warehouse precinct’s redevelopment, possibly including plans for a Melbourne-style laneway running parallel with Bond St, between Police and Jetty Sts.
Cr Aaron Hawkins — chairman of the council’s community and culture committee — said protecting the venue was "huge" for the city.

"Sammy’s has played a huge role in Dunedin’s social and cultural history, so it’s exciting for our community to be able to start thinking about its future.

"It would’ve been an absolute travesty had it been sold and bowled, but now it’s safe for another generation of artists and audiences to enjoy."

Former owner Sam Chin, contacted yesterday, declined to comment, saying only he was "pleased someone has bought it".

The deal would ensure the building’s continued use, and options include a dedicated live music venue or expanded arts and culture facility to be considered, he said.

Another option was to convert the building back into a mid-sized theatre, of about 700 seats, after years of debate about the need for such a facility in the city, he said.

The council would also consider ‘‘ways to involve the arts and business communities’’ in the building’s redevelopment, which would likely be "a partnership venture", he said.

The council was due to begin public consultation on stage three of the redevelopment project within months.

The work would focus further south along Vogel St, towards Sammy’s, and up Bond St to Princes St, to "stitch that area together as sort of a lively district", she said.

Sammy’s would be a key building in the project, helping draw more people in and boosting vibrancy, she said.

Consultation would include how to make the most of Sammy’s elaborate rear brick facade, facing Vogel St, she said.

It could also feature a Melbourne-style laneway in an alleyway running parallel with Bond St, between Police and Jetty Sts, she said.

The concept had been "brewing" for years and was being discussed with business owners who had rights over the laneway, she said.

The Sammy’s purchase was also a way to support owners investing their own money in the warehouse precinct’s redevelopment, she said.

"This is council’s way of standing alongside them," she said.

The deal came months after Sammy’s was placed on the market in October, following the loss of the venue’s liquor licence after a string of licensing transgressions.

Details of the council’s involvement, released yesterday, included a two-year rent holiday granted by the landowner, Oakwood Properties, while the building’s future was considered.

The list included Sir Laurence Olivier, Faith No More and the Pogues, as well as strong links to Dunedin Sound staples The Chills, The Verlaines and The Clean.

But the fact it did not appear on Heritage New Zealand (HNZ) or DCC lists of heritage buildings raised fears it could be demolished if sold.

Cr Hawkins said the council’s move put an end to those fears.

"The value of it as an asset was best expressed through the anxieties people seemed to feel around the potential of losing it.

"Now that’s been alleviated, we can get on with making it the best asset that we can."

• Council to take possession on February 10.

• Report on options for future use of building to be ready in April.

• Expected to remain as arts and culture facility.

No fears about it being demolished Aaron it's a dump and an eyesore, should have levelled years ago,and where do these people get off blowing $128,000 of rate payers money without permission.

Council should keep out of the real estate market - it has got more than enough properties to keep Dunedin as a backwater underdevelopment town.

I didn't see any reference of intent to purchase the building in the Minutes of the Council meeting held on 23/01/17. I would have thought that Ratepayers would been asked their thoughts and given the opportunity to agree or object or does the DCC regard $128,000 as petty cash that can be spent without mention? I haven't been able to ascertain what the correct procedure is in relation to capital expenditure and would be grateful if someone would enlighten me.