All of the new Covid-19 cases in the South announced today are either in Queenstown Lakes or Central Otago.

The number of Covid-19 cases in the Southern District Health Board area climbed by five to 200 today, but the rate of new cases continues to drop.

The Southern District Health Board has confirmed there were in fact six new cases in the area today, not five as previously reported.

However, a probable case in Waitaki tested negative, meaning the overall number only increased by five. This meant there were no longer any cases in Waitaki.

Only 29 new Covid-19 cases were announced in New Zealand, which was the lowest number of cases since March 23, before the lockdown began.

​This afternoon the SDHB released the number of cases by territorial authority, showing there was one new case in Central Otago and five in Queenstown Lakes. 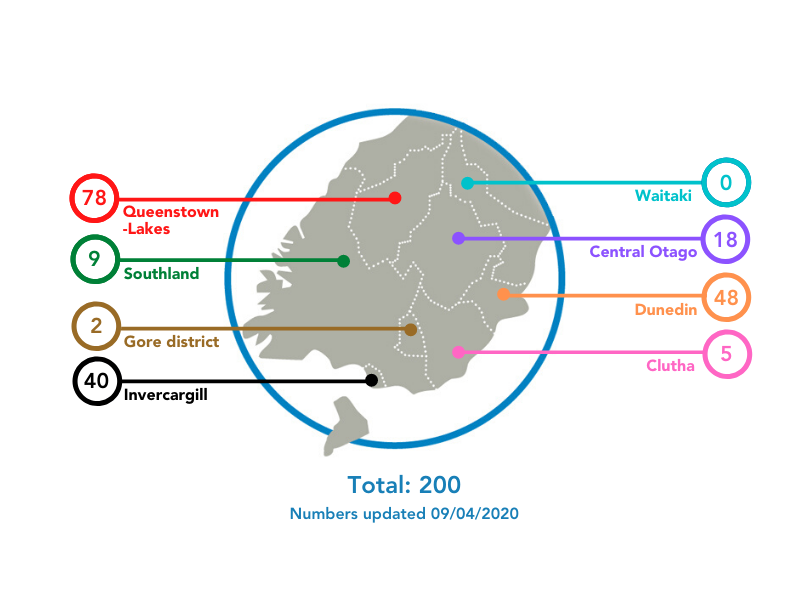 The increase of five in the South was the smallest since the lockdown began.

However, the SDHB area continues to have the largest number of cases and despite there being only an increase of five cases, it was still the equal largest increase of any DHB area in New Zealand.

There are now three Covid-19 patients in SDHB hospitals, including one person in ICU at Dunedin Hospital. The SDHB said yesterday that a patient in Dunedin ICU was in critical condition.

Director-General of Health Dr Ashley Bloomfield said the 29 cases in New Zealand are comprised of 23 confirmed cases and six probable cases, bringing the total number of cases to 1239.

Meanwhile the Bluff wedding cluster is now connected to the largest number of Covid-19 cases, climbing by six to 87, followed by Marist College (84) and the Matamata cluster (64). 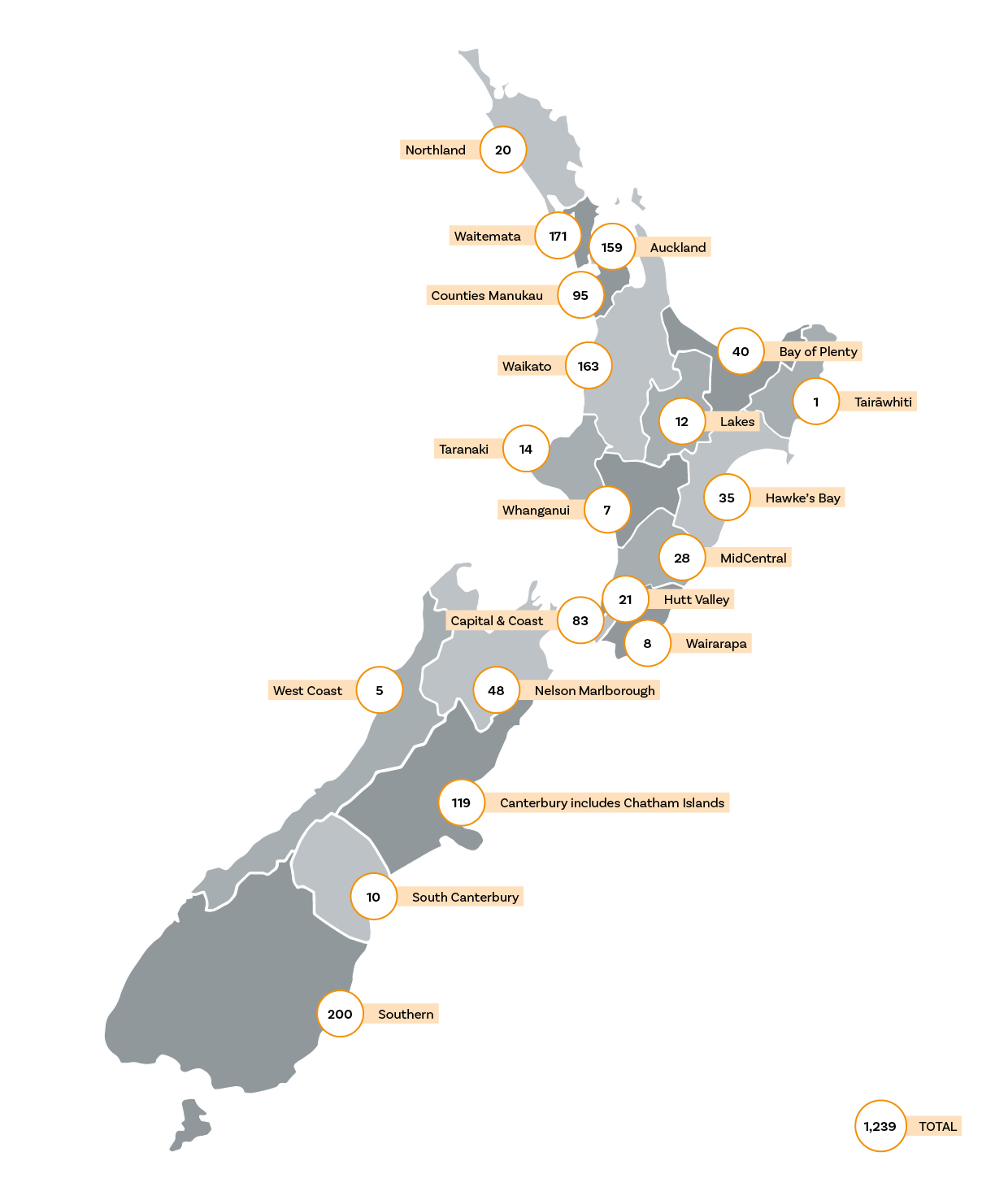 Dr Bloomfield confirmed the person who went to the wedding with Covid-19 came from overseas.

The reason why the wedding took some time to be listed as a Covid-19 cluster was that it took a while for case numbers to climb enough to meet the definition.

Because people came to the wedding from around the country there was a smaller sub-cluster in Wellington and a larger cluster of about 25 in the Waikato which originated from the event and were counted as part of the overall cluster.

The wedding was held at Oyster Cove Restaurant and Bar on March 21, before a ban on large gatherings was introduced, and was attended by about 70 guests.

The Ministry of Health website also shows there were three new cases connected to the World Hereford Conference in Queenstown.

There would be public health advantage if we knew what towns or basins were that the Central Otago figures related to - why this vagueness? the nation has a public health problem, let the information flow.