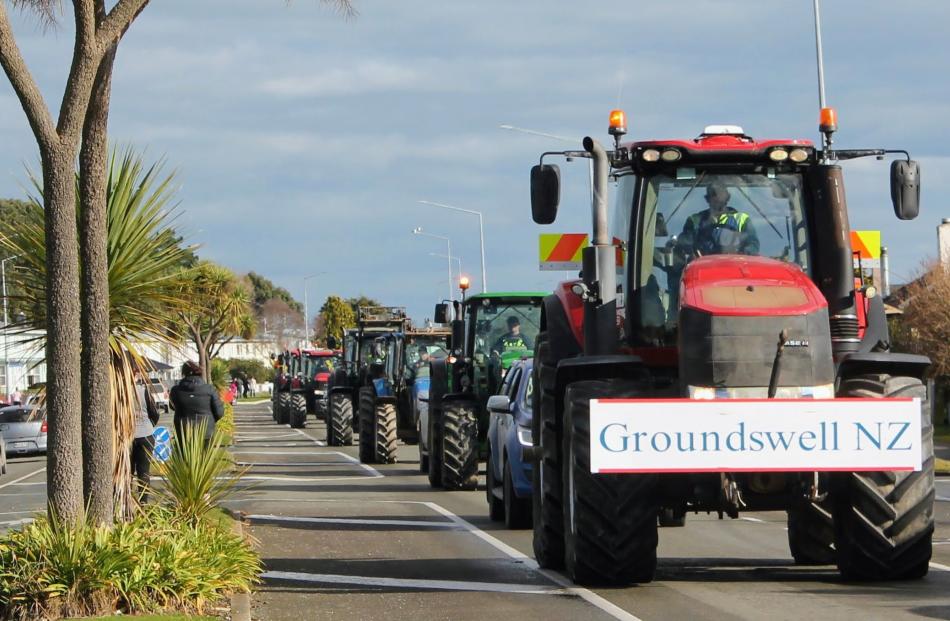 Tractors drive along Yarrow St in Invercargill during Howl of a Protest. PHOTO: LUISA GIRAO
Back on August 12, 2021 BD (before Delta), when Parliament rose for what was meant to be an uneventful and restful recess week, MPs had just started the second reading debate on the Crown Pastoral Land Reform Bill.

Quite when they will get back to considering the merits or otherwise of the Bill is anyone’s guess. 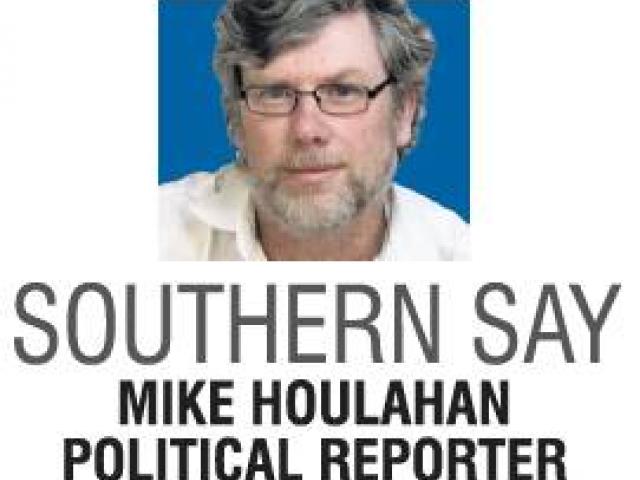 When that day comes though, it will be keenly watched - the discussion paper on the review attracted 320 submissions, and the 161 submissions the environment select committee waded through to reach this point included a form submission lodged by 1733 individuals.

The committee also held hearings in Wellington, Christchurch and in Queenstown, a visit which included trips to the majestic Branch Creek and Minaret Stations.

Those visits helped cement the standpoints of either side of this debate.

Labour and the Greens want the land at the centre of the debate - some of the most scenic in New Zealand - to be managed with biodiversity and landscape values in mind.

So do National and Act New Zealand, but both parties feel that the way the Bill intends to do that alters the relationship between the leaseholders farming the land and the Crown from a partnership to ‘‘regulation and policing’’.

Many leasehold farmers feel that the proposed law changes are a statement by the Government that it does not trust them to look after the land properly, an inference they bitterly reject. 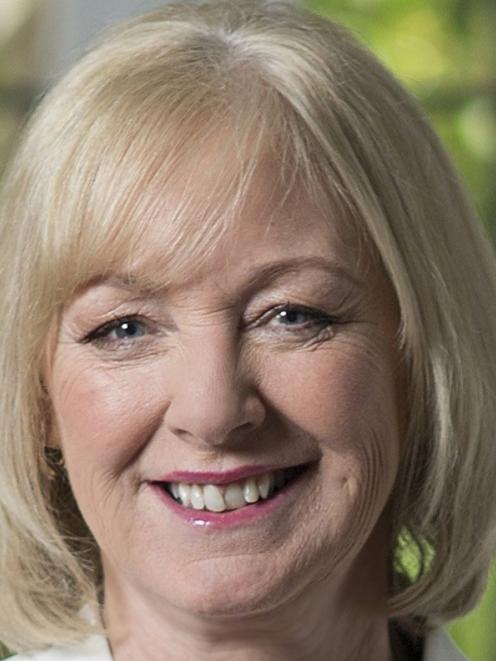 Just a few weeks ago, rural advocacy group Groundswell held its first nationwide event, the Howl of a Protest, which placed the grievances of some farmers about their relationship with an allegedly uncaring government front and centre of the political agenda that day.

Groundswell’s founders are Southland farmers, well-versed with these issues, and entirely prepared to add the debate about the future of the high country to their shopping list of perceived let-downs from Labour.

However, the tussle over the Bill predates Groundswell and is over process as well as policy.

Waitaki MP Jacqui Dean has many of the affected farms in her electorate, and right from the beginning opposed the environment select committee hearing it due to the committee being chaired by Green MP Eugenie Sage who, back when she was Minister of Land Information, introduced the Bill at first reading.

To try to allay those concerns, Labour Dunedin list MP Rachel Brooking, Ms Sage’s deputy, took over the hot seat to hear submissions, and tried to keep the process off the rocks.

On Wednesday Ms Brooking reported back to Parliament with, ironically, Jacqui Dean in the Speaker’s chair.

‘‘Five percent of the country is high country land so that means it’s about 10% of the South Island,’’ Ms Brooking said.

‘‘In any comments of the iconic nature of this, I’m going to be thinking of Otago but I acknowledge other members here will be thinking about their parts of Te Wai Pounamu.’’

She went on to discuss the importance of sustainable farming practices, the adding of consideration of the viewpoint of mana whenua to management of the land, and the Bill’s intention to introduce farm management plans. 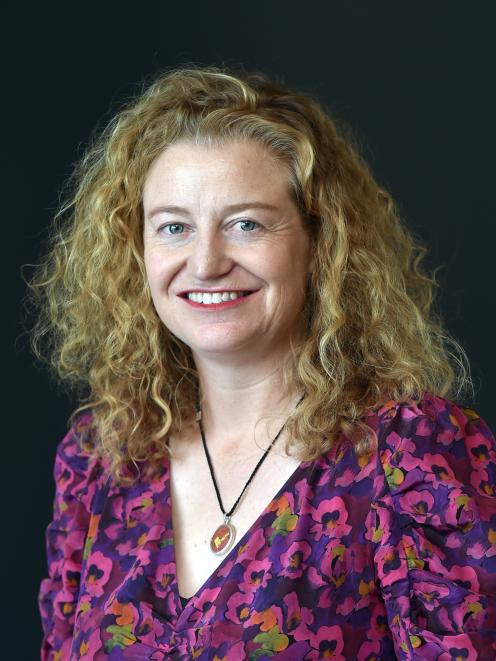 ‘‘We were also working on the consenting regime ... there were a lot of changes made by the select committee, and a lot of that I would attribute to the time spent on those farms and engaging with all the different farmers that we spoke to in the submission process.’’

Mrs Dean has not spoken in the debate, but Coromandel MP Scott Simpson made sure she was front and centre of his arguments against the Bill.

‘‘She has been a strident, passionate advocate for the leaseholders,’’ he said.

‘‘She has done an outstanding job, in my view, representing them not only in this Parliament, on the select committee, but actually collecting their views, their opinions, and their heartfelt messages of concern and frustration with this current Labour Government.’’

She and her colleagues remain to be convinced that it is a given that the Wellington-based Department of Conservation would be a better guardian of these rugged landscapes than the families whose livelihood depends on them remaining healthy and productive.

Pest control (both animal and plant), fire control, erosion control, and water management are among the many issues afflicting these properties

This reform process runs parallel with the overhaul of the Resource Management Act, and the Bill’s new sponsor, Agriculture Minister Damien O’Connor,

He also said he wanted greater certainty about public access rights, and a supplementary order paper to amend the Bill was being prepared.

Mr O’Connor was at pains to stress that little would change for leaseholders, but farmers — and opposition MPs for that matter — remain to be convinced.

The committee stage of the Bill, when Parliament finally reaches that point, is poised to be a lengthy and bruising battle.

Parliament is due to resume sitting next week, although Covid-19 will have the final say about that.

Act made its assumptions about the Friday Cabinet decision about whether to persist with the nationwide Alert Level 4 status long before, calling for the epidemic response select committee to be reinstated.

The committee did some valuable work in its first incarnation and could conceivably do so again, but the Government has more pressing issues.

Under the Covid-19 Public Health Response Act the minister can make, and recently has, a range of orders, but they are revoked unless the House of Representatives subsequently approves them.

So, there is a fair amount of leeway available should Delta make the summoning of Parliament problematic, but Labour will not wish to govern without sanction of its action for long.

However, that is entirely up to the vagaries of a virus which has no respect for legislative requirements.

"Wellington-based Department of Conservation would be a better guardian of these rugged landscapes"
Let's consider that for a moment.
Are they the same people that use an Electric Vehicle on an island that is supplied electricity from diesel generators?
What is their track record of controlling possums, deer, thar and wallaby?
Have they made sure all disused dump sites on their land will not be eroded by nearby rivers?
What about removing trees on their land that keep some Dunedin residence in the shade throughout the winter, claiming they serve birdlife, despite the fact they are a gum and macrocarpa.
The last thing we need is more Wellington office based, lite-soy-latte drinking, socialists "protecting" our country.
What we need is gummy wearing, swandry clad men and women on the ground, in the sun, wind, rain and snow, loving where they live and what they do.

The only merit I see in this opinion piece is that alerts the public to the issue. It certainly does not give any indication of what the Parliament will be considering during the Committee stages of the debate.
There is no attempt to summarized how the the original Bill was amended during the select committee hearings to accommodate the many submissions received. While it does mention that the Bill will only apply to 5% of Crown leasehold land it fails to mention the extremely small minority of leaseholders who will be affected by it. It fails to note that the Crown has a responsibility to manage this land in the best interest of the majority for posterity, not the handful of current occupiers in the short term. Thankfully we remain a democracy.
I agree that the Groundswell mob will try to whip up public sentiment against the Bill with their misinformation and conspiracy theory campaign, but let's not forget that they do not officially represent farmers. We have been told by apparently knowledgeable citizens who comment on ODT news on this topic that Beef & Lamb NZ and Federated Farmers disassociate themselves from Groundswell, claiming they are the only voice of the farmers.

Everything is a "misinformation and conspiracy theory campaign" according to some. So glad we have knowledgeable scholars to separate the wheat from the chaff. I wish people could differentiate between being arrogant and being confident. It's a very fine line that some cross on a regular basis.

Too funny! Especially true concerning the rantings of some writers here mate! I often wonder where some of these people buy hats with heads that big!

Wanda. No, the author is an experienced journalist in mainstream media, not a nonentity on comment threads. Very disappointed to read your disparaging ad hominen again.