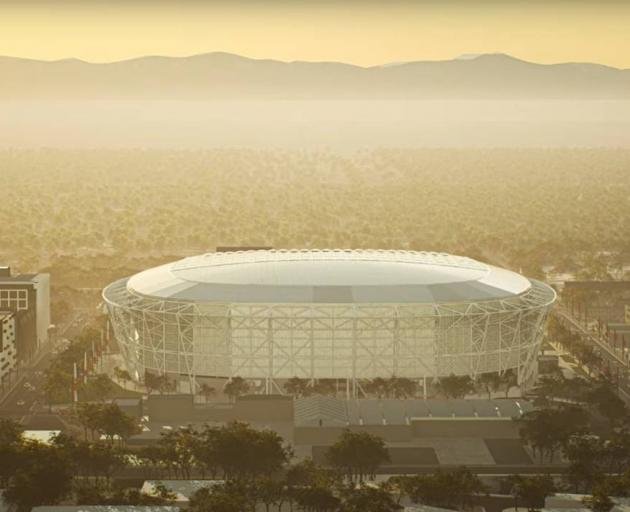 Build the bl**dy covered sports stadium - we are ready to move on.

Christchurch needs a stadium and it needs it now!

Personally, I am sick of waiting ... being teased along with those stunning drawings that have been created only for them to still be stuck on the computer screen they were created on and the real thing still nowhere in sight.

What about the cost, you shout? It's $533 million and counting, you scream? Add another $50 million this week, I hear you cry out! Another budget blowout, you yell at the top of your lungs!!!

Yes, that is a lot of zeros ... a truckload of zeros, and it will more than likely go higher.

But I believe it is money that will be well spent and I assure you it will be a real asset for the city.

Ever since the day then Earthquake Recovery Minister Gerry Brownlee stood proudly waving the city blueprint following the quakes we have been teased and sold the idea of a new covered stadium in the heart of the city.

It was quite simply a nugget of gold for a city that had crumbled in the quakes.

Gone are the good old days on the bank at Lancaster Park and Robbie Deans "giving it a boot", remember the infamous fog at the Super Rugby Final against the Hurricanes in 2006 at the now-demolished AMI stadium, and now we have the temporary scaffolding at Orangetheory Stadium that is well past it temporary used by date.

The new multi-use arena is something we have looked forward to for 11 years and counting.

We love our sport, events, and concerts - imagine sitting undercover on a rainy night watching the All Blacks or Crusaders running down the touchline like it was summer. I can't wait.

Imagine going to Ed Sheeran, Pink, or the Foo Fighters blasting inside the arena and singing and dancing along.

And then imagine after the game or concert spilling out on to the city streets beaming from ear to ear - just two blocks from the CBD and filling the central city's restaurants, bars and cafes, pouring money into the local coffers to the joy of business operators.

Imagine Aucklanders coming to Christchurch drawn by the undercover arena and hospitality.

I can't wait for the first pile to go into the ground, yes it is going to cost more - we can't stop now.

I can't wait for the grass to grow under the roof and the white lines marked out, or the arena stage extending out and Harry Styles doing a soundcheck.

Close your eyes and you can see it and hear it - all in slow-motion and echoing off the stadium roof.

We can't stop now - no matter what the cost - bring on the blueprint indoor stadium - it is just what Christchurch needs to bring the central city alive.

It's for footie. They move heaven and Earth for footie. It will happen, with consequential ghastly scenario as described. The author's disregard for municipal diligence is dismaying.

I think 'no matter the cost' thinking is what led to our own effort in Dunedin being the cause of much grief over the years. My advice to Ch/Ch City Council is tell the ratepayers it'll only cost them 66 bucks a year on their rates bill, it did the trick here.

This highlights what an absolute bargain we have.