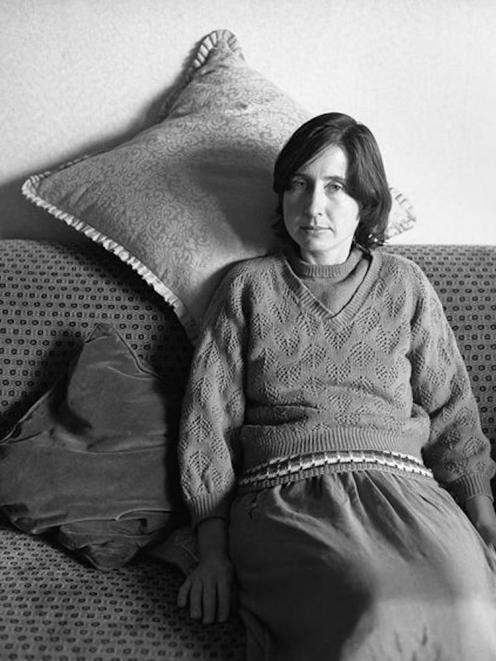 Adrienne Martyn's photographic practice has been a long and varied one, but the works for which she is known best are her portraits, especially those in which the subjects are musicians and artists.

An exhibition at Olga revolves around a group of Martyn’s photographs of artists from the 1980s, originally taken for a survey exhibition which toured New Zealand’s galleries at the end of the decade. Several of the images have become iconic, with two images of Joanna Paul, in particular, becoming nearly as widely known as Paul’s own paintings.

The photographs, in stark monochrome, focus solely on the artists, devoid of their work and in informal surroundings, all facing directly towards the camera. While this directness may seem almost confrontational, Martyn’s ability has allowed us to see the person behind the face, with the inner life of each artist clearly showing through. Pre-eminent portrait photographer Yousuf Karsh once said that what the sitter was doing with their hands was the most important feature of any portrait, and Martyn has skilfully allowed the hands — an artist’s tools — to say as much about her subjects as their faces.

While several of the portraits are well known, some insight into the photographer’s own mind is gained by the presentation of a group of works such as this in one setting. 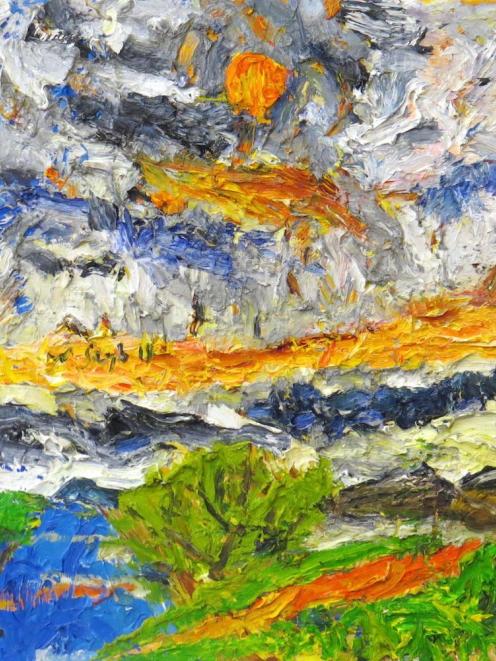 Wayne Seyb returns to Pea Sea Gallery with an exhibition full of the world’s chaos.

While his exhibition at the gallery late last year presented a series of bold landscapes, Seyb’s inspiration for his latest work has been the precarious state of the planet and the slow destruction of the environment.

The images range from the seemingly pure abstraction of Tomtit says to the Hector’s Dolphin ‘Here is a wedge to stop bottom trawling!’ through to the expressionist representation of Rakaia River. Text plays an important part in several of the works, with gradually worsening statistics, in particular, adding a major element to several of the paintings.

While this may sound like a prescription for a dark, gloomy exhibition, the opposite is true. The subject matter may be grim, but the artist attacks his work with brio, creating a series of energetic, dynamic, and colourful works in heady, thick impasto. Even where the message is grim, images such as Cloak of Water and Orange Sun burst with light and life. The subjects of the works read like an opened Pandora’s box, but even that legendary container had hope at the bottom, as does this exhibition, with its lovely nesting birds giving us an optimistic message to carry away with us. 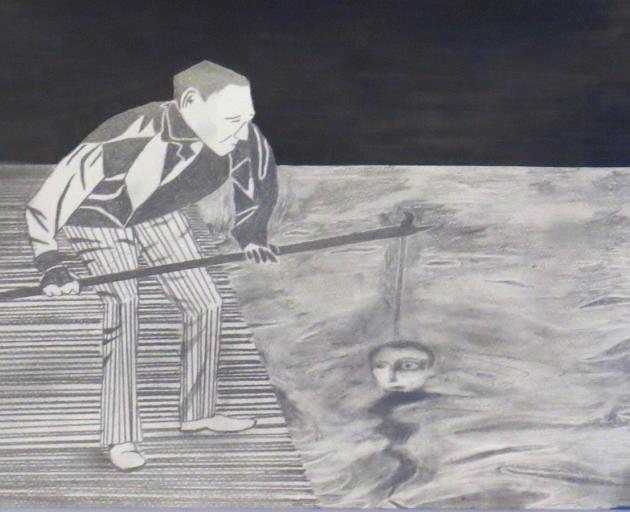 Brett McDowell is presenting the debut exhibition from Jonathan Cuming.

Cuming’s art is intriguing — the artist is still at the stage of having several different styles and approaches, but overall there is an almost European feeling of the mysterious in his work, with distinct elements of expressionism and symbolism. There is a strong narrative thread to several of the pieces, notably Working Class and the four untitled works, though the exact nature of what is happening in the scenes is enigmatic, leaving the viewer with as many questions as answers.

There is a lot to like in the art. The edginess of the mood, which enhances the strangeness of the actions, adds an unmistakable unsettling note to many of the pictures, and the artist has effectively used his materials, especially in the two pencil works. Other images, such as the almost Munchian Dance of Death, create atmosphere through strong mark making and through the juxtaposition of one hard area of darkness in what is otherwise a deliberately soft-focus scene.

While Cuming may not yet have all the chops some more senior artists can call on, there is enough here to suggest that his work will be worth watching, and enough on show in the current display that is already fascinating.