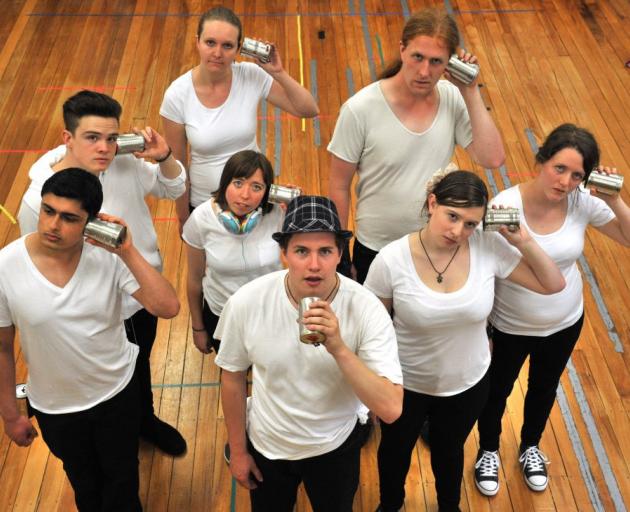 The cast of Rageface (front row, from left) Allyn Robins (20), Andrew Brinsley-Pirie (19), Anisha Hensley Wilson (22), Annica Lewis (22); and (back row, from left) Elliot Phillips (18), Helen Fearnley (28), Miriam Noonan (24) and Jakub Green (22) rehearse at Allen Theatre before their upcoming production at the Playhouse Theatre in Dunedin. Photo by Linda Robertson.
From today the city will be humming with new, experimental, alternative and exciting arts events and exhibitions as the Dunedin Fringe raises its curtain. Charmian Smith and Shane Gilchrist talk to the people behind two productions.

Internet communities can be more involving than real life sometimes, according to Adam Goodall.

Growing up in a small town in Manawatu with restrictions on what he was allowed to do and later as an antisocial student at Victoria University, he turned to internet forums and joined several communities to connect with people and share his passion for film.

His play, Rageface, which opens tonight as part of this year's Dunedin Fringe Festival, draws on his experience and former obsession.

''Rageface is born out of my time on these forums. They are generally a kind of internet community where you can gather and post on various threads which are allocated to different subjects,'' he said.

There were branches for people with different interests such as personal issues, pets, cooking, trading, or just posting their favourite songs or quotes or movies.

People can invest a lot of time and emotion in personas they develop for the internet because they have a certain amount of anonymity and they can moderate the way they appear in the real world, Goodall says.

It's like an extension of who they want to be. Such forums are often broad communities, which means that as well as supporting people, groups can get together to mock or attack other groups, and sometimes ''trolls'' start arguments or upset people, he says.

''My experiences were generally not negative, I don't want this to be seen as an indictment of internet projects - it's not. They can be really helpful and positive for people. I've read a lot of articles online in recent weeks about how transgender people are using these as tools for self-actualisation, but there's also a dark side too that doesn't always ring so positive. Like anything that can become obsessive, there are also caveats.''

At the peak of his involvement he realised spending three to four hours a day on internet forums was unhelpful when he wanted to do other things, so he sidled out of it, he said. 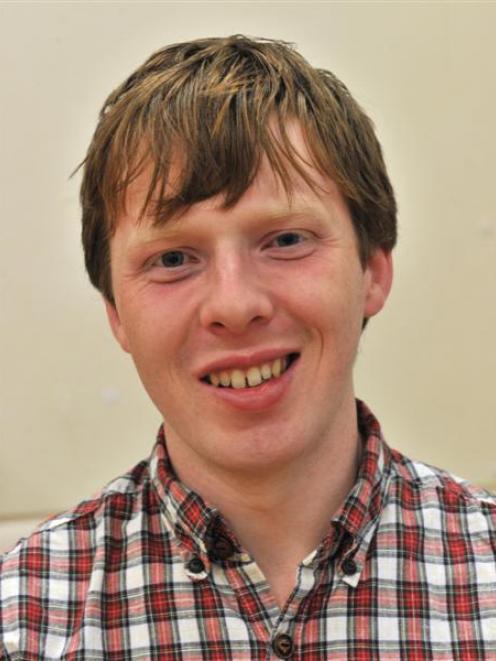 Adam Goodall.
Rageface is about Jason, who is generally unhappy with his life. He works in a supermarket, a job he's not keen on, and his flatmate is going through a stressful time and taking it out on him.

However, he becomes a big shot on a forum called ''nothingoriginal'' which is built around a discussion of popular culture.

When in real life he falls for a girl called Brie who works in a video store, he has no way of working out how to approach the situation or ask her out and nobody to help him so he turns to the internet for assistance, Goodall explains.

He tries to put the advice he gets into practice but at the same time his internet thunder is stolen by another poster on the forum, and he's badgered by a troll who keeps haranguing him about what he's saying.

''Everything goes very corny, a series of mishaps and misfortunes are visited on this guy as he attempts to clue himself up,'' he said.

''The show's very much an examination of the kinds of people who turn to the internet as a kind of life guide and, as human beings, the way we navigate the visions between the identities we put up both online and offline, between different groups of people and what happens when stuff gets torn down.''

As a teenager, Goodall (24) was involved in Centrepoint's youth theatre Basement Company in Palmerston North and heard that lawyers had time to do theatre - a lie, he adds with a laugh - but it helped push him into studying law as well as film.

However, he fell out of love with film and went back to theatre, working with the Young and Hungry Arts Trust at Bats Theatre in Wellington for five years, where he learnt all aspects of theatre, including play writing.

''I started to see that if I was writing plays I could get them up quicker in a more interesting way that pushed against verisimilitude in a way film doesn't allow you to, particularly when you are just starting out. I made significantly more connections with people in theatre than I had in Wellington film. It's significantly more interesting to me simply because it pushes you to make stuff that doesn't necessarily take three years and $10,000.''

At the time, several young theatre companies formed from the theatre and film courses at Victoria university, including his Making Friends Collective.

It staged the premiere of Rageface at the Wellington Fringe in February last year. Goodall, who had just started his first job after university as research counsel at the Dunedin district court, flew back to Wellington at weekends to direct it.

He was gratified that it went well and was nominated for an award.

Now, having made contacts here, he has formed Leaving Party Theatre to do a new production for the Dunedin Fringe, and other works of his devising.

With an ensemble of eight actors playing some 30 characters, Rageface is predicated on speed.

While the original Wellington production had projections on the back wall, this production will be ''low-fi'', he says.

''I'm interested in pursuing the childishness of low-fi theatre - lots of tin cans attached to strings, sheets of paper telling you where you are, the thread you are in, and to a certain extent it's getting an element of play into the show, making the play a bit more free-wheeling and tapping into what is a bit of a juvenile attitude. A lot of childhood stuff, a lot of toys and games we used as kids, is being brought on stage as a device.''

See it
Rageface, by Adam Goodall, opens at the Playhouse Theatre in Albany St tonight and runs until Sunday.