Hut-builder a hard man to read 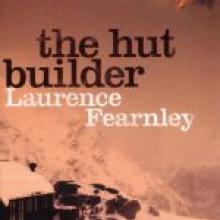 
In an interview in 2008 in the online Lumiere Reader, Laurence Fearnley spoke especially of the settings and the characters of her recent novels.

She voiced her love of the rural southern South Island landscape, and of her preference for emotionally isolated, relatively unforthcoming characters who, nonetheless, are concerned with human love - seeking it, finding it, losing it: a love that is not passion but the peace and security coming from acceptance of each other, a love that is nurturing and forgiving.

Such settings, characters and themes are evident in Fearnley's four novels of 2004 to 2009: the Central Otago-Southland trilogy completed by Mother's Day last year and also including Butler's Ringlet (2004) and Edwin + Matilda (2007), and Degrees of Separation (2006).

All are set in the South or the extreme South (Degrees of Separation takes place in the Antarctic); all focus on characters who, as Lawrence Patchett, Fearnley's interviewer, said, border on being "emotional recluses".

In The Hut Builder, her eighth novel (there were three earlier novels and a novella published between 1998 and 2003), these interests continue. Fearnley has moved her setting north a bit to Fairlie and to Mt Cook, but it is still the same kind of isolated, starkly beautiful place. Her main character, Boden, is certainly emotionally isolated and in need of a secure love. He was adopted when a small baby but did not become aware of this until he was 18 (and did not learn of and meet his sister and discover the truth about his birth parents until he was 63).

His adoptive family was a sad one, with his mother living in unassuaged grief since the death of her sons in World War 2 and his father, a Fairlie butcher, resignedly shouldering that burden, while Boden spent much of his time as a child with a neighbour family to escape the darkness of the household. He remained in Fairlie, living at home, working in the butchery and assuming responsibility for it as his father aged, caring for his father after his mother's death.

His life changed somewhat at his father's death when he was 54 and met his partner-to-be, Stella, and gradually moved into the only sexual relationship of his life. However, it was still a low-key, emotionally deprived, isolated life, like those of most of Fearnley's earlier rural and small-town South Islanders.

However, The Hut Builder is, as the blurb claims, "new territory" for Fearnley, and not just in the Mt Cook-Fairlie setting, for Boden is a poet and the novel can be read as a story of the development of an artist.

We see only a few lines of Boden's poetry but he tells us he was published in Landfall, encouraged by Charles Brasch, and his work was anthologised and taught in schools. The closest we get to what the poetry might have meant for him is when he describes how, when he was in his early 20s and still unpublished, his father discovered that he was a closet poet and asked to see some poems.

He gave his father a folder to read but he worried, for some of the poems were "very personal": "They hinted at the unease I had felt throughout my childhood, my trouble with my parents, the complexity of my emotions. My father might be hurt to discover all the things I had kept so deeply hidden, buried within myself, as I tried, successfully I thought, to lead a `normal' life."

There is, then, a hidden Boden expressed only in his poetry. Boden shrugs off the regrets voiced by Stella that he did not get a chance to live in the bookish household of his parents, who he discovers became Oxford academics, his father a friend of Brasch's, his mother a specialist in Old English who loved poetry and language, both of them friends of Dan Davin at Oxford.

He refuses to talk with his sister about what might have been if they had grown up together in that household, and he remains loyal to the memory of his adoptive father. Almost the only sign that he realises that he carries the genes of his birth parents comes when his sister tells him of his mother and he gasps but refuses to talk about it.

Jolissa Gracewood, in her Listener review, comments that "the air is rather thin" in the novel and that readers' impression of the book will depend on their "patience with the non-committal bloke at the heart of it".

Fearnley set herself a difficult task, for she elected to tell the story through Boden, who, as narrator, is looking back on his life from his late 60s. A lifetime of repressing any expression of his emotion, except in his poetry, has certainly made him a "non-committal bloke", and the reader has to supply the emotional responses to his life that Boden will not state.

Fearnley has him focus the high points: his sudden and unexpected response to the beauty of the Mackenzie Country when he first sees it and his attempt to find words for it in a child's poem; the shock of discovering he was adopted; the shock of his brief friendship as an adolescent with Walter Field, a fellow volunteer worker on a hut on Mt Cook and an imprisoned conscientious objector during World War 2 who stood for beliefs that Boden had never encountered and who became the subject of his most famous poem; at that time, his first mountain climb, of Mt Cook, with Edmund Hillary and a friend who were visiting the hut; his discovery of his sister and the story of his birth parents; his discovery, when at the Hermitage to read a poem for the opening of a mountaineering museum, that the hut he helped to build has been reconstructed as part of the museum.

The reader can possibly see the hut as almost a monument to his unsung life, like his poems. But Boden does not say that.

Frank Sargeson wrote some fine short stories, such as An Attempt at an Explanation, in which the reader has to read between the lines to supply what the relatively inarticulate narrator cannot say. But can that kind of effect be maintained for a full-length novel? The Hut Builder may be as much a test of the reader's empathetic power as it is of the writer's suggestive power.