Poet Carol Ann Duffy made her mark in the wider mainstream thanks to her poetry collection The World’s Wife. Each poem imagined the lives and thoughts of the wives of some of myth, legend and history’s most famous men. Poems like “Mrs Midas”, “Queen Herod” and “Frau Freud” fill in or point out the gaps in the stories we think we know (as well as frequently giving us a chuckle.) 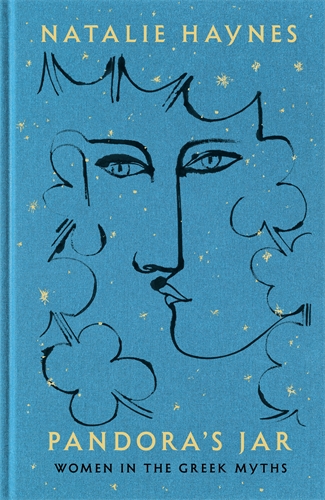 Natalie Haynes’ Pandora’s Jar performs the same kind of investigation on Greek myth. Each chapter dives into a mythical Greek woman we might think we know - like Helen, Penelope, and Pandora herself - and shows us that actually, maybe we do not. The grimy layers of commentary and re-tellings obscuring these myths are scrubbed away to reveal a much more nuanced picture of some of Greek myth’s most caricatured, villainised or idealised women.

First things first: despite the scholarly subject matter, Pandora’s Jar is not an “academic” book, as Haynes herself says. I assume that to most people academic means a whole lot of incomprehensible jargon and highfalutin theorising, and the book certainly doesn’t have that.

Written in a sensible conversational style, reading Pandora’s Jar is a bit like talking to a smart person who knows a lot about her subject but has not lost either her ability to talk like a normal person or her sense of humour. In fact, one of the delights of this book is how funny Haynes is, with perfectly calibrated comic timing.

Though the book’s tone shoots lower, Haynes’ level of scholarly rigour remains high. She consistently goes back to original sources from antiquity, whether they be writings from historians, commentators or philosophers of the time, plays by Ancient Greek and Roman tragedians, or ceramic vessels and sculptures by Ancient Greek artists. In fact, Pandora’s Jar is eye-opening proof of just how many sources a classicist needs; Haynes is equally comfortable interpreting paintings, sculptures, historical treatises, epic poetry, plays, and vases.

Haynes equally consistently and expertly links Greek myths to 18th, 19th, 20th and 21st-century representations of these myths, from Gluck’s opera Orfeo ed Eurydice to the 21st-century musical Hadestown. She also makes reference to icons of pop culture that echo, draw on or resonate with Greek myth. Haynes finds resonances of the Amazons in Buffy the Vampire Slayer, describes Rihanna’s Medusa-inspired cover for GQ, and begins her chapter on Medea describing the music video for Beyonce’s song Hold Up. Beyonce asks in the song, “What’s worse, looking jealous or crazy?” - and for Haynes, Medea asks precisely the same thing.

This uniquely 21st-century woman-focused revisioning of Pandora, Clytemnestra and all their Greek sisters allows us to see a much more complicated picture of each woman. In some cases, Haynes’ repositioning of these women shears off much accumulated misreadings, often with misogynistic and/or simplifying bents, and saves these women from unfair and incorrect interpretations. In other cases, like Phaedra and Medea, the most problematic mythical characters, Haynes clear-sightedly outlines their controversial and offensive behaviour while still cleaning away the over-simplifications of the intervening centuries. The result is a fascinating, funny, thoughtful and intriguing book.