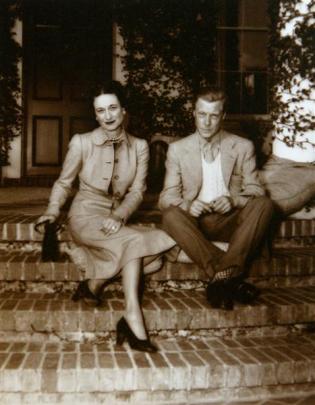 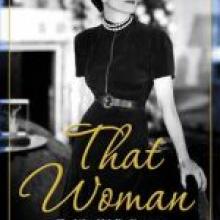 THAT WOMAN<br><b> Anne Sebba<br></b><i> Weidenfeld & Nicolson
Dubbed "that woman" by the Queen Mother, Wallis Simpson is generally portrayed as the gold-digging harpy who forced King Edward VIII into abdication and exile, but That Woman, Anna Sebba's biography of the Duchess of Windsor, presents a somewhat different picture.

Born in 1896 and brought up in Baltimore in genteel poverty, the expectation was to fit the charming Southern belle image. Wallis went much further, though, her teenage behaviour "teasingly and unusually enticing".

Sebba suggests Wallis "may have been born with ... a disorder of sexual development (DSD) or intersexuality", or was a pseudo-hermaphrodite, and supports the theory with medical and psychological data. The early first marriage also fits DSD or a milder form, androgen insensitivity syndrome (AIS). This is not entirely new: the biographer of the duke's mother, Queen Mary, visiting the Windsors in 1958, wrote in his diary of his "suspicion that she is not a woman at all", because of her mannish features and flat figure.

The duke's sexuality, too, has long been questioned: his lack of body hair and the Little Man nickname bestowed by his pre-Wallis mistresses are perhaps less significant than allegations of sterility and of homosexual encounters, including an affair with the flamboyant gay playwright Noel Coward.

Wallis' unhappy first marriage at 19 to American air force lieutenant Winfield (Win) Spencer was to give rise to suggestions that she learned in Hong Kong brothels sexual techniques that were to ensnare King Edward VIII.

In 1924, Wallis filed for divorce from Win and without money and untrained for anything, looked around for another husband. She met Ernest Simpson who was, at that time, married but he divorced his wife and married Wallis in November 1928, in London.

Ernest had dual American-British citizenship and ambitions to enter English society. Wallis' skill as a hostess certainly contributed as the couple worked their way up the social ladder. Through her friendship with the Prince of Wales' mistress, Thelma Furness - soon to be supplanted by Freda Dudley Ward - Wallis achieved her ambition to meet the future king.

Charming and good-looking, with plenty of money, the prince was a deeply flawed personality, morally deficient, dependent on others, "frequently seeking a mother figure" (he called Freda "mummie" in letters) and given to extremes of behaviour "that come under the broad spectrum of autism or its sometimes less virulent cousin, Asperger's syndrome", as Sebba expresses it.

Many accounts have been written of the progress of Wallis' affair with Edward and the way he showered her with gifts of jewellery and money while an acquiescent Ernest stood mutely aside.

What most abdication stories neglect to mention is that the prince had expressed doubts about being king before he became involved with Wallis, writing to Freda: "I do get so terribly fed up with it and despondent sometimes and begin to feel like 'resigning'." His father, George V, was aware of the flaws in his eldest son, noting that he would not become king - "he will abdicate". It may be speculated that Edward's decision, a year before he became king, to transfer 1 million into overseas securities actually foreshadowed his intentions. Sebba suggests that, if Edward was sterile, "abdicating could be seen as a welcome release for him". This is clearly nonsense. George IV had no direct heirs and neither did his brother, William IV, while Edward's parents had five sons (although Prince John died in childhood).

The new king - George V died in January 1936 - continued his obsession with Wallis, but in letters she wrote to Ernest she made it clear that she expected the affair to be short-lived and she planned eventually to return to her husband.

Later, Sebba notes: "Perhaps the realisation that she was now desperately trapped is most clearly visible in her unvarnished letters to Ernest ..."

Nonetheless, she went ahead with divorce, a dicey business when collusion (which there undoubtedly was) could result in the courts' refusal to grant a decree.

And so to that famous speech -

"... I tell you that I have found it impossible to carry the heavy burden of responsibility and to discharge my duties as King as I would wish to do without the help and support of the woman I love".

It had been preceded by "a rambling long letter [from Wallis] urging the King not to abdicate", which can be interpreted as meaning being queen was not what she wanted or that he should hold out for marriage to her.

Edward joined Wallis in France, and they were married in Tours, on June 3, 1937. The ex-king was to fight bitterly with his brother, King George VI, for formal recognition for Wallis and over money, a sad ending to a once-close sibling relationship.

Being sent to Nassau during the war as governor of the Bahamas is now seen as moving the supposedly pro-Nazi Windsors out of Europe, where it was widely believed that Edward would be set up as England's puppet king should Germany win the war.

After the war, the couple drifted for a time before settling in France, a country Edward once claimed he hated. Despite the duchess' appearances on best-dressed lists, the couple lived quite quietly, unvisited by all but a handful of Britain's upper crust. This part of That Woman is fairly sparse but, really, there is little to say.

The duke died in May 1972, 10 days after a visit from his niece, Queen Elizabeth II. He was buried at Frogmore, in the grounds of Windsor Castle. The duchess struggled on for almost 14 years and after her death at the age of 90, she was buried beside her husband.

Anne Sebba's biography of Wallis Simpson is a well-researched, easy-to-read account of a complex woman, one which demolishes the image of her association with Edward as the greatest romance of the 20th century. Edward comes out badly, perhaps overly so, but Wallis Simpson's willingness to accept the goodies - her jewellery collection was extraordinary - accrued as the ex-king's mistress will remain the most enduring image of the harsh-voiced, masculine-looking American divorcee.

- Gillian Vine is a Dunedin writer.