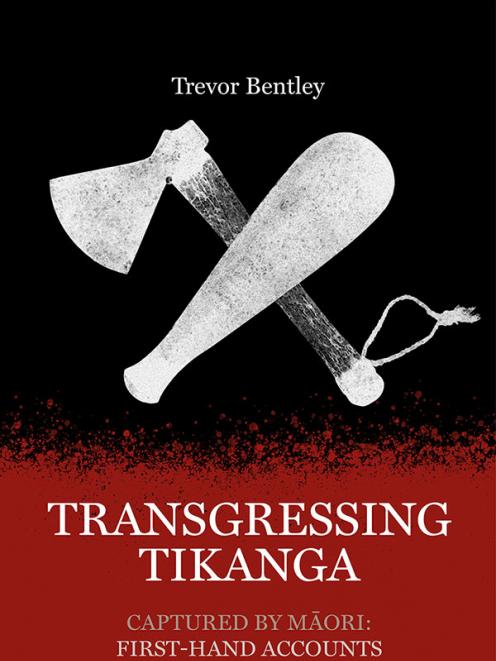 Trevor Bentley, the go-to historian of Pakeha captured by or simply living with Maori in the early 19th century, estimates that several thousand such examples exist of which he so far has 841 on his data base.

For Transgressing Tikanga he has chosen 20 first-hand accounts which cover a broad cross-section: sailors, surveyors, missionaries and four women (a convict, a traveller, a farmer, and a child).

Their stories are reproduced here from books they published, newspaper articles and other sources, all accompanied by Bentley’s meticulous research which puts each tale in context and provides some details of the captives’ later lives.

The popularity of such accounts was worldwide, and the New Zealand examples were part of a literary phenomenon of the time. That some of the captives’ companions were killed and eaten added to the frisson of contemporary (and today’s) readers.

The tales are full of the unexpected, like that of Maria Morris, born to an Irish father and a Maori mother, and who was later a Salvation Army stalwart.

Not surprisingly, only a handful for the stories have a South Island connection, but in the afterword of the George Budd chapter we learn of a captive sailor who in later life became a colourful character in gold-rush Queenstown and who was in the midst of a remunerative series of lectures on his captivity when he died in Dunedin in 1869.

This fascination with “captured by the cannibals” dramas provided many of the survivors with ready audiences and for today’s reader there added the first-hand accounts of pre-European Maori life which would not have been written but for the drama of the captures.

One story, taken at random, will illustrate the richness of the collection. John Atkins, Second Officer of the Haweis was captured in March 1829 in the Bay of Plenty. His account, though brief, was widely read and covered Maori life and habitations, interaction with various local tribes, the details of the capture of his ship and the grisly fate of his shipmates.

His 23 days in captivity were understandably nervous ones and he describes well his emotions and the treatment by Maori of an enslaved Pakeha. Trevor Bentley explains the Maori attitudes towards captives and the korero which decided their fates, whether it was to become slaves, intermediaries with Pakeha vessels, honoured tribal figures with Maori wives, bargaining tools to exchange for muskets or, often enough, victims of cannibalism.

Coincidentally, the sacking of the Haweis forms part of the reminiscences of Danish-born Pakeha-Maori Phillip Tapsell who lived among Maori not as a captive, but as a trader. (His descendants are numerous and include politician Peter Tapsell and academic Paora Tapsell who provides a foreword to this book). Phillip told his story to magistrate’s clerk Edward Little and the manuscript was used as a source by James Cowan in A Trader in Cannibal Land (1935).

Little’s full manuscript is reproduced here without the slanted intervention of Cowan who was a writer of his time, catering to an audience more interested in adventure yarns than an exploration of Maori life. Editor Jonathon Adams, an Englishman working in Denmark, now provides the full text and it is packed with detail of a life which saw Tapsell rise to high rank among Te Arawa and immerse himself in tribal affairs, his recollections of which tell us much about Maori culture, the musket trade and race relations in pre-Treaty New Zealand.

There is a debate about the paucity of pre-1840 themes in the new school history curriculum, but should they be beefed up, then Transgressing Tikanga and Events in the Life of Peter Tapsell should be required reading. 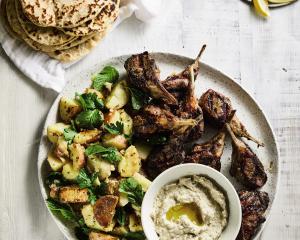 Pleasure in the process