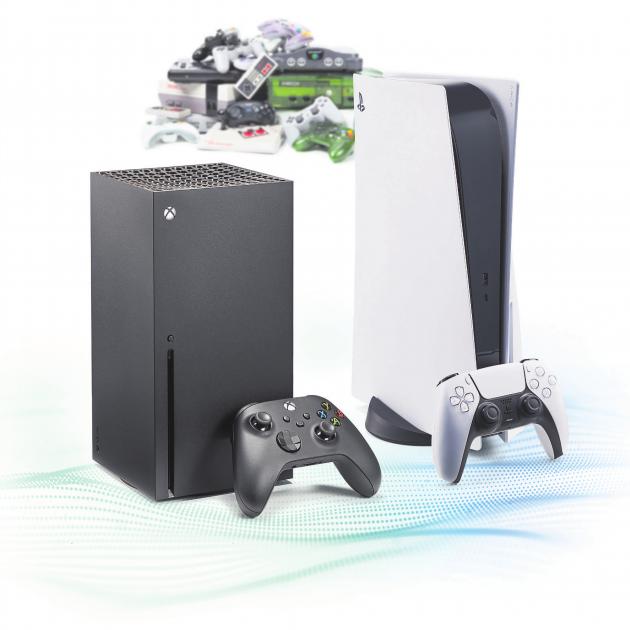 The XBox Series X (above) and the PlayStation 5 (right) arrive with plenty of extra processing ability. PHOTOS: GETTY IMAGES. GRAPHIC: MAT PATCHETT
After a seven-year gap since their last games console releases, both Sony and Microsoft have this month debuted their new hardware, the PlayStation5 and XBox Series X, respectively.

The Weekend Mix games writers Simon Bishop (PS5) and Ben Allan (Series X), having had the chance to spin up the drive of one each, report in from their lounges on the much-anticipated arrival of the next generation of gaming.

•"Enhanced" games look and play better than ever

•Familiar and easy to use

Following in the footsteps of the XBox One, Microsoft’s new bid for your entertainment dollar is the unintuitively-named XBox Series X, the latest bit of kit that they’d love to see parked in your lounge.

Perhaps, though, we should say looming over your lounge. Measuring 15cm×15cm×30cm, the Series X is a big black monolith that one suspects the world’s existing entertainment units have simply not been built to handle.

Lacking a better option for now, I’ve had to park it on the floor, where it squats with only the slightest suggestion that at any moment it may attract the tribe of apes from the opening of 2001: A Space Odyssey.

There’s a lot to pack into that solid frame, though. The Series X arrives with about four times the processing power of the X Box One and sports fancy Solid State Drive (SSD) tech, previously an option only for PCs. This translates to some truly impressive grunt that makes just about the most initially impressive feature of the system how very fast it does everything.

Game loading screens, once a source of handy gameplay tips and a showcase for the under-appreciated work of hardworking concept artists, take an absolute pummelling with the Series X.

To make a direct comparison as an example, as a long-time Destiny 2 player, I’ve made a habit of getting up to grab a snack or coffee as my character flies through (loading screen) space before arriving at a different planet; playing the game on Series X, I get about as far as the lounge door.

As if to show off all that power, the console also offers a Quick Resume feature that allows you to pause up to four games and jump between them as desired to resume them exactly where you left off without further loading, as if switching TV channels. It’s nifty.

As it works this hard, the Series X is also incredibly quiet, making so little noise at virtually all times that owners of previous generation consoles may wonder if it’s working properly. It’s only a pity that with all this technological wonderment arriving in your box, you also get two very bog-standard disposable AA batteries, which you’ll need because the basic console package doesn’t come with a rechargeable option for your controller (sold separately). C’mon fellas, it’s 2020!

Those familiar with the XBox operating system will be very comfortable; the menu and navigation takes a very familiar approach, and you might mistake the controller for one of your old ones, were it not for the new grippy texture when you pick it up.

So what can you do with all this power at your fingertips? The slightly strange truth is that the answer, at the moment, is a little underwhelming.

The console has launched with a slew of "enhanced" previous generation games ready to go, which run smoother and look better than ever.

Forza Horizon 4, for example, has received a pretty good thrashing at our place, and powering around wintry Scottish roads in flash cars, and the incredibly seamless transitions between all facets of the game, looks and feels fantastic.

But other games have "enhanced" versions coming down the line at different dates and, truly weirdly, the launch has arrived with no big next-gen exclusive "system seller" game to call its own.

That means all the power of the console is still pretty untested — always the case to some extent in the period when the old generation is merging into the new — but it’s still disappointing not to have a brand new Halo or Gears of War built especially for the system to dive into straight away.

Luckily, at least there’s Game Pass, Microsoft’s game subscription service that offers a huge range of titles on an all-you-can-play basis for a monthly fee. There’s a lot of big titles here besides all the Microsoft first-party games as well, and if we’re a bit short of sparkly new games now, the service offers pretty good value for money and plenty to do in the meantime, and I’ve quickly filled up much of the system’s 1TB hard drive with a mix of old favourites and acclaimed titles I missed out on first time around. The majority of X Box One games will work fine on your new console too.

All in all, the potential of the Series X seems obvious and there’s little doubt it is ready to really come into its own, but just now, the console seems more like a quietly impressive upgrade than a big splashy rock star of an arrival.

Early adapters will likely have few regrets, but others may be happy to hold off with an eye on the games release schedule.

A Series X was provided to The Weekend Mix for review courtesy of Microsoft.

•Lack of HD space a concern

•Games line up a bit anaemic

The next generation is finally here. Despite all the Covid-19 headaches, Sony has still managed to bring out the PlayStation 5 this year, and by and large it’s what gamers have been waiting for.

The PS5 represents a significant step forward for console gamers. It feels like a refinement from the PS4, rather than the reinvention that occurred in the previous generation.

First off, the PS5 will play all of your old games from PS4, and will (in the vast majority of cases), play them better than you’ve been able to play them previously. This is down to two significant differences.

The main fundamental difference of the PS5, that sets it apart from its predecessors is internal, from the actual power of the console itself to the new super-fast solid-state drive (SSD) contained within.

The new graphics processing unit (GPU) in the console represents a significant step forward for PlayStation gamers — one that brings them more on par with their PC gaming counterparts. The days of games running with stuttering frame rates are a thing of the past. Most games will run at either 4K resolution with 60 frames per second minimum, or 4K resolution with ray tracing and other significant visual flourishes.

If you have a TV or monitor that supports 4K resolution, or even supports it at 120hz refresh rate, games will look incredible — and run incredibly well too.

Ray tracing is a fundamentally new way of creating light sources for video games. Rather than having predetermined shadows, with ray tracing it is all organic. And with the detail provided by the new GPU, games such as Spider-Man Miles Morales and Assassins Creed Valhalla look great. You genuinely have to see it running on a 4K TV to understand how much of a step forward it is.

The swap from a traditional HDD storage system to the new SSD is also a game changer for how most people play games. SSDs in general are considerably faster than the old HDDs, and the one in the PS5 in particular is extremely fast.

Loading times are effectively removed for PS5-native titles, and once long load times for PS4 games have been reduced. It’s genuinely amazing being able to start a game, press go on the menu and in mere seconds be ready to go.

You can also resume games from rest mode at the drop of a hat.

This does come with a drawback and exposes one of the uglier sides of modern gaming — the capacity of the SSD is 825GB on face value and in reality only about 650GB of usable space.

When you factor in the monstrous size of games nowadays, and the way they’re constantly expanding in size, this represents a bit of a bottleneck issue, where you may only be able to fit four to five games on the console itself.

While this doesn’t present an issue now, in a year’s time I can see this being a problem.

You can mitigate this by placing the PS4 games you own on to an external drive and connecting via USB — but native PS5 games cannot be stored this way. Increasing the internal storage is coming, but "when?" is one question, and just how costly will it be when it does?

I suspect the answer will be "very".

Another drawcard for the PS5 is the new DualSense controller, and it is indeed every bit as good as you’ve heard it is. It’s genuinely awesome.

The integration of haptic feedback in the triggers, as well as much more subtle and clever vibration features, coupled with very clever audio from the controller itself, create a much more engaging experience using the controller.

This is particularly seen in the game Astro’s Playroom, preinstalled on the console when you get it. You may initially write it off as just a tech demo, but it is in some ways one of the best and most fun games available for the console.

It cleverly uses all the new features in very creative ways, and I hope that other games continue to use the features in similar fashion. It is a genuine must-play experience.

The other thing you will have seen about the PS5 is that it’s gargantuan in size, compared to both the Xbox and its own predecessors. I actually like the way it looks, it’s modern and sleek.

The size has its benefits and drawbacks; the console itself runs quietly and efficiently due to having a far more substantial cooling system in it, which means the days of your console sounding like it’s about to combust playing Call of Duty are over.

However, finding room for it to sit (or stand) on your furniture might be a pain.

So, all in all, the PS5 represents a fundamental step forward for gaming in general, particularly for those without powerful PCs. But, in a way, I don’t know if it is entirely essential to buy one at this stage of its existence.

You will have seen the scalpers attempting to make a quick buck on TradeMe selling their consoles, but if you haven’t been able to order one yet don’t fear. Many, if not all, of the main titles are available for PS4, and there isn’t a definitive "killer app" on the PS5.

Eventually, PS5s will be in stock everywhere, and when that’s the case, you should look at grabbing one for sure. I can’t wait to see what the future holds. 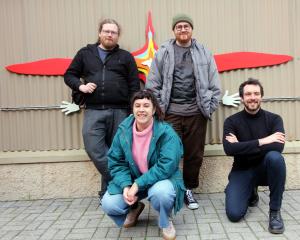 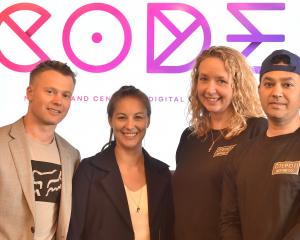 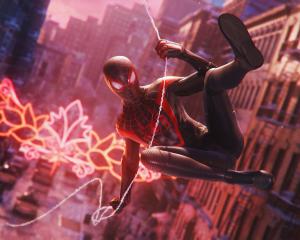 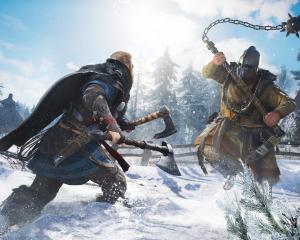 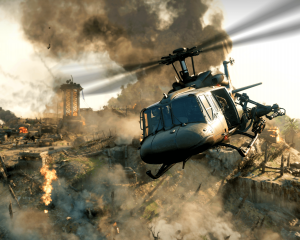 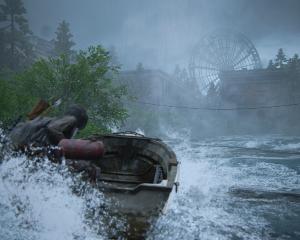 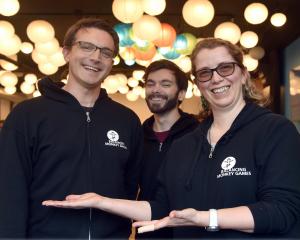 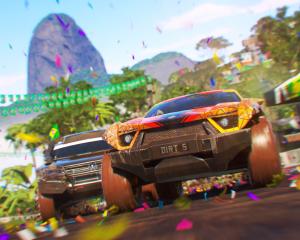 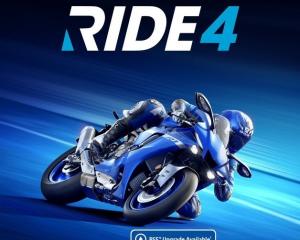 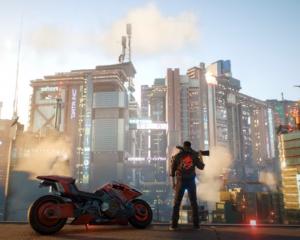