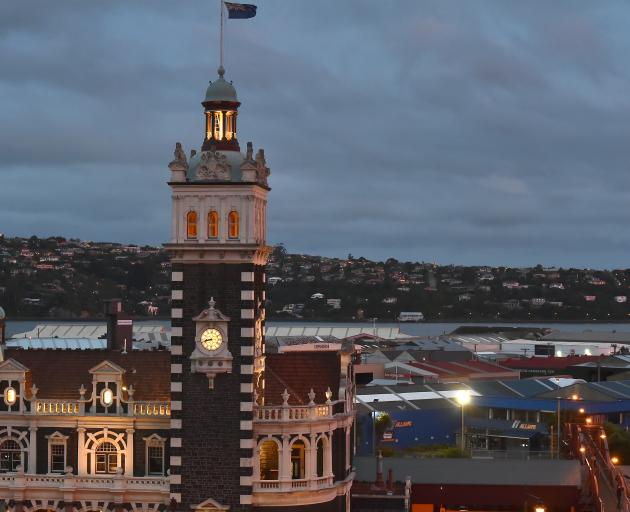 Looking towards Jutland St, where Michael Steven's friends lived and which lends its name to the poetry collection. Photo: Gregor Richardson
A new talent is restoring the fortune of narrative poetry. Bruce Munro talks to Michael Steven about experiences, gritty and sublime, in Dunedin and elsewhere, that fashioned his first collection of work.

Cellphone reception is rubbish in the tranquil, West Auckland hollow where Michael Steven now lives with his partner and baby boy.

So, he has paused atop a rise, on the way to a doctors appointment, to talk. 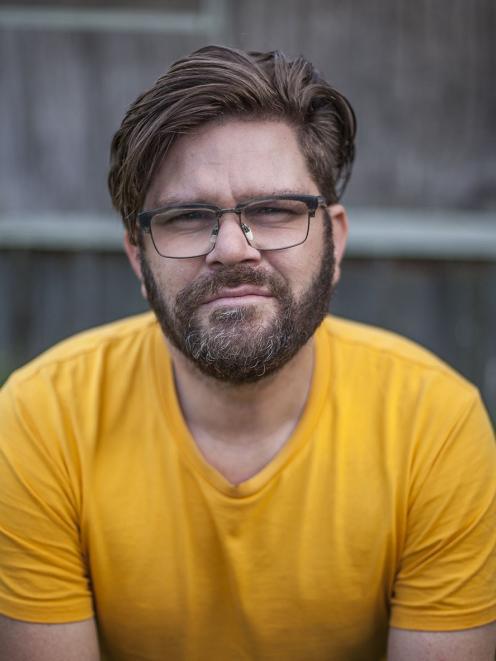 This is a long way, in many ways, from most of the subject matter of Walking to Jutland Street, his debut, book-length collection of poems.

Named after a poem set in Dunedin, where many works in this collection were penned in or around 2010, Steven says the book is actually a distillation of two manuscripts.

"To me, perhaps the hardest part of making a collection of poems is the ordering," Steven says down the sometimes muffled data stream.

"There was no logical explanation of how those poems fitted together. It was almost as if each poem decided who it wanted to be next to."

What is evident, however, is the collection's "narrative trajectory". It is bookended by poems about his early years and reflections on life thus far.

between the ball wall and

with its crown of noisy steel

bearings with its eight orange

for this weekly excursion into a

where the risk of arrest or

Parked in the street

Steven says he wrote poetry as a child. It was a way to pass time, rather than playing computer games. But when he stopped, it was for a long time.

The body of the book covers those years. He trained as an electrician. Lived in Christchurch and Dunedin. Travelled overseas.

Christchurch was a hard city to live in, Steven says. He was staying at the City Mission night shelter when 911 broke time in two.

Dropped Pin: Latimer Square, Christchurch is "a pretty accurate portrayal of finding out about that event while amongst all these other people who were leading lives of despair".

Spring was slow thawing my

Each night, watching the hills darken,

I saw the arm and shoulder

of a sad father turning away

districts of his children.

"I was homeless on and off for about six months. I had struggles with addiction and what-not. Then I found a flat and started trying to change my ways. That's when I committed myself to the practice of trying to write every day".

At first they were terrible poems, Steven says.

But he was reading a lot of poetry too, feeding on the lines of past masters.

The confessional component in his poems comes from the likes of James K. Baxter, in whose work he found "a sense of permission ... to start writing about my own life".

That narrative approach to poetry is, he thinks "quite unfashionable".

"Now people are writing quite ambiguous, non-structural sort of stuff. To me, that's all well and good, but I can't write like that. So, I just write with the material I've been given."

It is garnering him attention and monikers such as up-and-coming.

Cilla McQueen, a past New Zealand poet laureate, has written a commendation.

"Even in tone, intelligent and expressive, Michael Steven's poetry is all the more effective for its sparing use of vivid imagery," she said.

Steven had a couple of friends in Dunedin. He moved here in 2010, looking for a fresh start, and liked it immediately.

"Dunedin is quite a hospitable city. It's an easy city to live and make art in. There's a great milieu of creative people who are all very supportive of what each other is doing."

He had been having something of a "language crisis" in his poetry, but then something changed.

"Prior to that point, all my poems had been very stripped back, bare, lean sorts of things.

"I couldn't continue writing in that mode any more.

"And then suddenly one day, I tried to write a little freer, and it was sort of like this spiritual awakening. It was a transformative event".

Not that writing poetry has ever been an easy process, Steven says.

"Very rarely does a poem arrive fully formed. You'll have a phrase that you write on a scrap of paper or in a notebook.

"When I've gathered a few of those phrases, I'll write them down and try to put them together."

A lot of time is given to rewrites.

"Revision takes the longest part of writing a poem, for me. There's a French poet, Paul Valery, whose often-quoted phrase is `A poem is never finished, only abandoned'.

"Poetry happens for me at quite a glacial pace."

The debut collection's eponymous poem had its genesis in 2011, in the industrial zone between the railway station and the harbour.

"I had friends who lived on Jutland St. For a period I was going to their place every day.

"I hope the poem functions like a walk. I wanted to celebrate all those wonderful, almost absurd, aspects that made Dunedin so full. The poem is about celebrating the friendships and the place where they occurred."

making our way across the

into a slumbering precinct of

factories whose giant kilns and

smoke plumes of a hard

commerce into the big sky ...

making our way back to your

milkshakes, and a warm pass

to the mystery, in our coat

pockets. What money we had was

before it arrived. Our penury 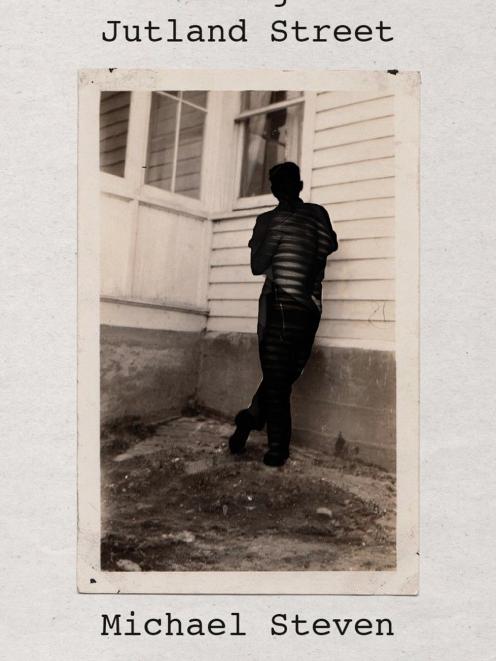 both consistent and comical.

from another city. I am writing

these lines to you from another

The time in Dunedin was good, Steven says from the edge of the road somewhere near his 12-acre farm in Swanson.

"Life was pretty easy for me then. I was writing and reading a lot. I was living in a new city and every day was an enchantment really."

Life is good now too. He has a partner, a place. He does some work as an electrician, is working on a "sort of memoir" as well as new poems and is spending lots of time with his baby son. But life is not the same as then.

"My life is a bit different now. I have a child, I have more responsibilities. In a way it's almost like I've grown up."