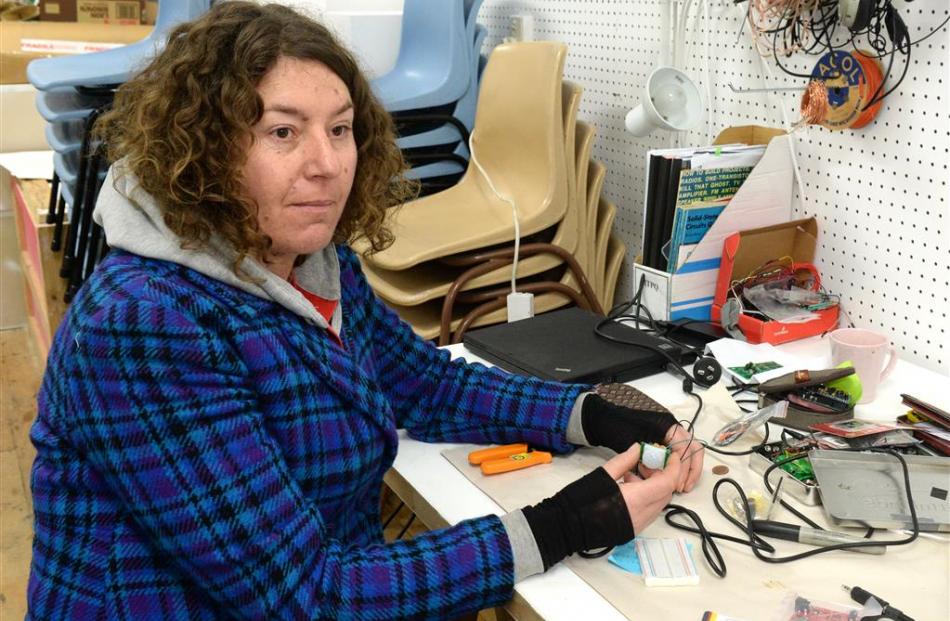 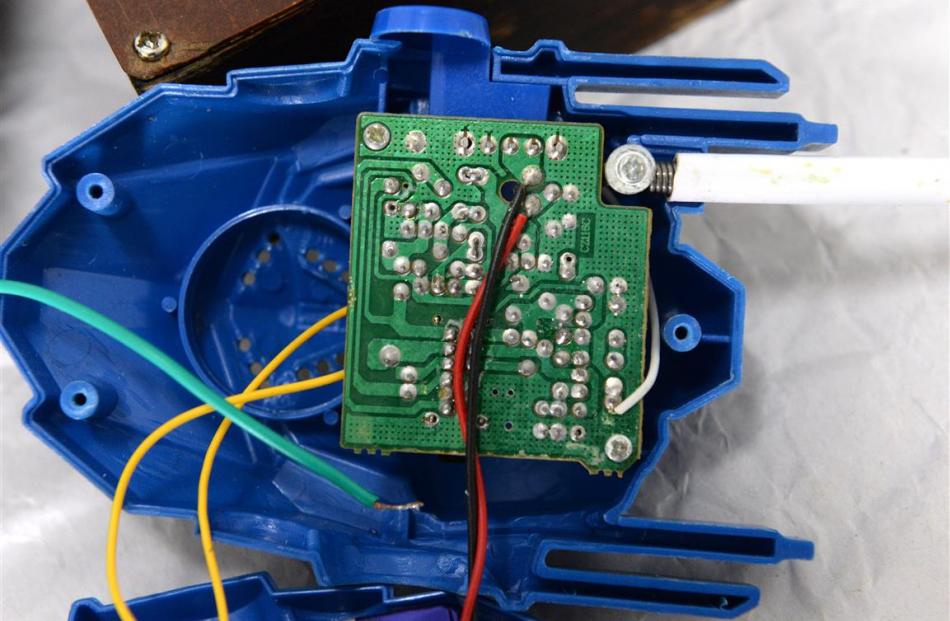 Hacking, or circuit bending, electronic devices is the heart of one strand of sound art. Photo: Linda Robertson 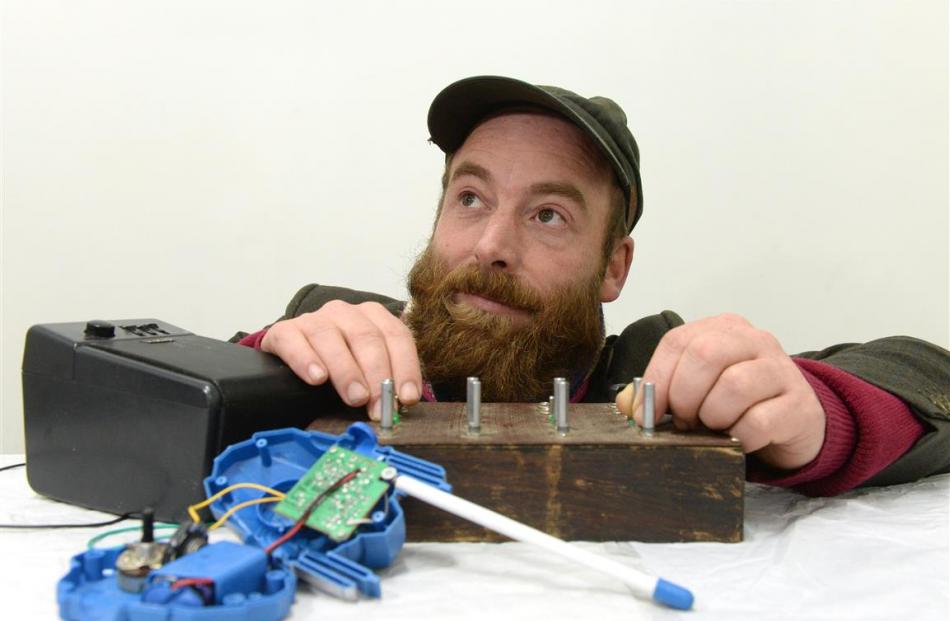 Sound artist William Henry Meung, with a hand-built oscillator box and a toy Transformer walkie-talkie which he has hacked to produce a variable tone. Photo: Linda Robertson

A series of DIY art electronics workshops is in its second week. Bruce Munro talks to Dunedin sound artists William Henry Meung and Charlotte Parallel about circuit bending, micro FM transmitters and the power of sharing.

In front of William Henry Meung is a toy walkie-talkie, a wooden box and an old speaker.

The Dunedin-based sound artist has broken open and "hacked'' the unwanted Transformer walkie-talkie, retooling it as a sound art instrument.

Surgeon-like, he has attached two wires to its inner workings, soldering them to the walkie-talkie's circuit board.

The nearby wooden box has a further eight of these protrusions, in orderly rows. They are called potentiometers.

It is fitting given that, for Meung, it is all about potential.

"But we want to actively create a dialogue and challenge people to push it in new and interesting directions.''

Today, he is running a fully subscribed do-it-yourself oscillator workshop. It is the second of four DIY sound art events being run as BYO Battery by artist Charlotte Parallel.

Parallel's own nascent interest in DIY sonic art was the catalyst for BYO Battery, which she has organised as part of her winter residency at Blue Oyster Gallery.

"I'm just starting to develop my own interest in this,'' Parallel says.

"So, I personally am wanting to learn these things. I'm quite interested in exposing componentry ... It's about demystifying the process.''

The first of the four-hour workshops, on June 11, was led by Ben Watkins (aka Icky) who taught participants to hack, or circuit bend, electronic toys to create sound art.

Each workshop can only take 10 participants. Even so, the age range and reasons for taking part varied greatly.

"It was really great, pretty noisy and a lot of fun,'' Parallel says. "The youngest were children and the oldest in their mid-50s.''

Wanting to understand more about how ubiquitous but mysterious electronic devices work was one motivation.

For artists already making music with more technologically advanced consumer gear, the workshops are an opportunity to add a unique instrument which they build themselves, Parallel says.

Meung has been experimenting with sonic art since he was a teenager.

He performs solo and as a member of The Ladder Is Part of the Pit.

Today, in the Anteroom, in Port Chalmers, he is teaching participants how to build a simple oscillator, which can be used to make synthesised electronic and electro-acoustic music.

Thanks to funding from Creative Communities, each person will only need to supply a 9V battery and a small box to house their oscillator.

Then they will each be given a cheap walkie-talkie of the type that people throw away in large quantities.

"There is a very simple way of turning that into a signal-producing device,'' Meung says.

"You map the circuit board with probes to find a bridge that will create a tone.''

Then solder the wires, attached to the potentiometer, in place.

Next, replace the speaker with a jack that allows it to be hooked up to an amplifier. Then switch it on.

By turning the potentiometer, the changing resistance produces a tone with a variable, controllable pitch.

"It's very simple. In terms of electronic music, it's neolithic.''

The next event, on Saturday, July 2, is the Anti-panel, an open conversation about sound and space.

The series will conclude on Sunday, July 24, with a workshop on how to build a small radio transmitter.

The workshop is facilitated by Sally Ann McIntyre (aka Radio Cegeste).

McIntyre learnt from Japanese radio artist Tetsuo Kogawa how to build micro FM transmitters capable of broadcasting to receivers over a distance of about 30m.

"There's people in the community with these skills,'' Meung says.

"It's a skill-sharing, networking activity, through inviting some of those people to hold workshops and for people who are interested in that sort of stuff to come along, be together, share and talk.

"There are limits to my imagination as to what can be done with something I develop. But if I give someone some information, then what they do with it can be really amazing. You never really know what someone else might do with it. That's a really fascinating part of this skill-sharing process.''