An out of the box disaster 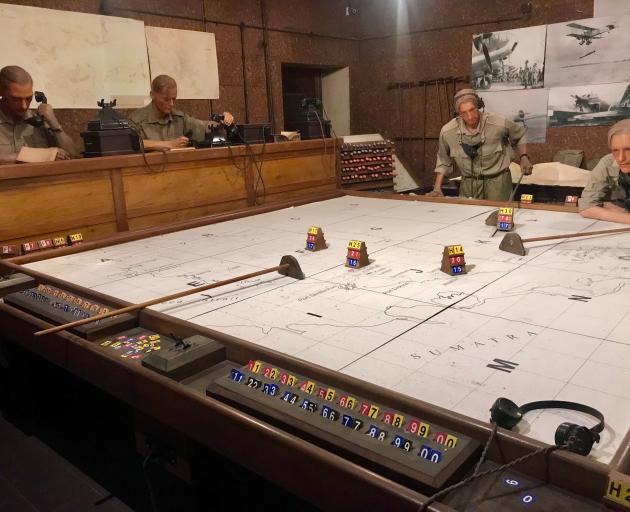 There were 12 men gathered around a table on that momentous morning, not in an upper room in Jerusalem with a traitor in their midst, but in a stifling underground bunker in Singapore.

It was February 15, 1942, a day Lieutenant-General Arthur Percival was later to call Black Sunday.

Gen Percival, commander of the British and Commonwealth forces in Singapore, had retreated to the bunker four days earlier with key staff.

Singapore had been a British naval base since 1921, and during World War 2 was a prime target for the Japanese. Thinking an attack would come by sea, the British had their guns pointing that way and had even blown up the famous 50m Changi tree so it could not be used as a marker by enemy aircraft. Had they known of the superstition that if the tree went, Singapore would fall, they might not have been so keen to destroy it. Meanwhile, the enemy slipped in across Johor Strait from Malaya and advanced across the island.

The Royal New Zealand Air Force squadron in Singapore had, against incredible odds, successfully attacked Japanese Zero aircraft, but the pilots were forced to withdraw at the beginning of February 1942, although ground crew stayed on to help other squadrons.

One of the ground crew was Cecil Franks, whose photographs and notes are held by the Alexander Turnbull Library.

Steps lead to the bunker entrance then descend 9m below the surface.
He later wrote: "On Wednesday afternoon, February 11, 1942, with the invading Japanese only a few hundred yards away, all aerial defence gone, great fires raging on the skyline, the sun obscured with dense black smoke from huge oil dumps ablaze, and the sky filled with enemy bombers, we made our escape from Singapore."

They were among the last to get away, leaving on the day Gen Percival moved command headquarters to the Battlebox.

Taking five years to construct, the 9m deep bunker was not completed until December 6, 1941, the day before Japan attacked Pearl Harbor, Hong Kong, Malaya and other southeast Asian countries.

Conditions underground were appalling, with 500 men squeezed into 20 small rooms designed to hold a maximum of 200.

There had been no time to solve the bunker's construction problems, so some things were defective or simply failed to work.

Never operational were the vacuum message pipes, like the ones once used in shops such as Dunedin's Penroses; the engine room produced insufficient power and its shaft leaked; there was no ventilation in the lavatories and by the time of the surrender, the toilets were completely clogged.

British wartime Prime Minister Winston Churchill had sent a "Do not surrender" message to Gen Percival, but on the morning of Black Sunday, the commander and his 11 most senior staff met to discuss the options.

These high-ranked officers did not all get on well. 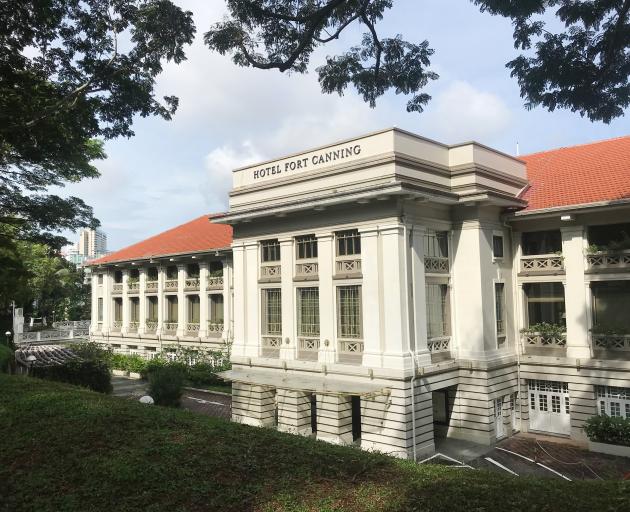 After the surrender, Japanese military were housed in what had been the British administrative building. It is now a five-star hotel.
Holding the same rank as Gen Percival, and believing himself better qualified to lead the British and Commonwealth forces in Singapore, was Lieutenant-General Sir Lewis ("Piggy") Heath. A former British Indian Army commander with an impressive record, he felt he had been passed over because his Indian, African and Malayan experience was considered inferior to Percival's British and Far Eastern service.

Heath has a New Zealand connection: in 1941, he married Aucklander Kathleen Longeron, his second marriage.

In addition to the tension between Heath and Percival, the latter was at odds with the meeting's sole Commonwealth representative, Major General Henry Gordon Bennett, commander of the Australian 8th Division. The pair were said to be "devoid of harmony".

Their differing personalities and approaches could only have been heightened by the stress under which they operated.

With a single tank of oil, two days' food and a days' water left in the bunker, it took just 15 minutes to reach a decision.

Gen Heath proposed surrender and at 9.30am, it was agreed that this was the only option.

Given that the previous day almost all papers in the bunker had been destroyed, most of the men underground probably had some idea of what lay ahead. For the troops and citizens of Singapore, though, the surrender came as a complete shock and, for many, a sense of betrayal.

At 11.30am, a delegation left the bunker to walk the 16km to the Japanese headquarters where, they formally surrendered to General Yamashita Tomoyuki. Gen Percival led the way, Brigadier T.K. Newbigging, of the Malaya Command, carried the Union Jack and Major Cyril Wild (the British interpreter) carried the white flag of surrender.

To get a feel for the events of Black Sunday, visitors to Singapore can take a guided tour of the Battlebox.

The tour starts with an outline of Singapore's history and some 19th-century images, including a painting by the island's surveyor-general J.T. Thomson, who later laid out Invercargill.

Events of the Pacific War follow, with film of the December 10, 1941 sinking of the Royal Navy's battleship HMS Prince of Wales and battle cruiser HMS Repulse. Other film shows Japanese soldiers on the bicycles they used when conventional troop transport could not get through in Malaya.

The Battlebox setup is impressive, with wax figures so realistic than one of my group apologised for walking in front of a soldier.

To get a feel for what Churchill called "the worst disaster and largest capitulation in British history", a visit to Singapore's Battlebox is a "must".