For the public good

Photo: Getty Images
In recent years, tasks previously carried out by government have been handed over to the market. Has it worked? In a new book, Government for the Public Good: The Surprising Science of Large-Scale Collective Action, Max Rashbrooke runs the ruler over the results and makes a case for a new understanding.

Q Why did you write this book?

A I was trying to work out why, even after the failures of the global financial crisis, there had been no upsurge in enthusiasm for more active government. And there were lots of books talking about values, individualism, ideology. But it struck me no-one was talking about one crucial point: that the basic idea of government’s effectiveness has been so thoroughly run down in recent decades. If people don’t think government works on some fundamental level, if they don’t think it spends money well and can solve major problems, they won’t trust it to do more. And that stops them from articulating their visions about what government might do. So it seemed to me crucial to write an accessible book, one that’s relatively easy to read, that looks at the evidence of how well government works, and how much we can trust it to solve the big problems of the 21st century.

Q Did any of your research/findings surprise you?

A Yes, quite a few. For instance, I had thought that private prisons were probably much worse than public ones but also much cheaper. As it turns out, they are probably no worse in quality terms — there are good private prisons as well as bad ones — but, once you discount the massive pay cuts for staff that come with privatisation, they are actually more expensive (that is, less efficient) than public ones. More generally, it was harder to find unambiguously successful privatisations than I had expected, though there are some.

Q What important things can government do better than any other body? What evidence is there for that?

A There are some things that, just as a matter of principle, governments have to do: providing law and order, defending the country, protecting the environment, setting the rules for other bodies. But mostly the book looks at the contested territory of the last 40 years: the services that used to be (almost) exclusively public, like water, education and buses, but which have been privatised and outsourced in many cases.

Q What evidence is there that letting the market take care of things has not, in many cases, worked very well?

A The US’s largely private healthcare system delivers terrible results, whereas Britain’s fully public National Health Service is rated by international comparisons as one of the best in the world. Around the globe, privatised bus services — despite initially positive results — seem no cheaper in the long run (discounting pay cuts) than public ones, and the evidence about their quality is ambiguous. Closer to home, when government has stepped back from regulation — as with Pike River and leaky homes — the results have been disastrous. The retreat from public house-building has contributed to the homelessness crisis. I could go on! Of course there have been successes: no-one wants to go back to the days when the Post Office delivered everyone’s telecommunications services. But the evidence suggests fewer successes than we generally think.

Author Max Rashbrooke argues that government can again carry the public good forward. Photo: Supplied
Q What does the weight of international evidence show about the wisdom of privately run prisons?

A As above, the evidence is slightly more supportive than you might think from listening to anti-privatisation campaigners. But private prisons still haven’t been a success: a lack of consistent improvements over public prisons and massive pay cuts are the main story. And as I point out in the book, there are classically ‘‘public’’ alternatives to private prisons — like restorative justice — which are highly effective and much, much cheaper.

Q What role does government need to play in tackling climate change? Why government?

A Government needs to be leading the charge to avert extreme climate change, because only it has the democratic authority to set limits on emissions and enforce them. It can do some of that through putting a price on carbon, if it can get an emissions trading scheme to work properly or introduce a thorough carbon tax. But market mechanisms are pretty limited, even at the best of times. They can’t build the new kind of grid we need in a world where lots of people generate their own power. They can’t do much to encourage more efficient energy use. By themselves they won’t invest enough in renewables. And generally things like emissions trading schemes have been hugely disappointing. In contrast, the Montreal protocol to phase out CFC use, an example of a classic government ban on something, has been extraordinarily effective, on its own terms and in helping fight climate change.

Q Water is becoming an increasingly scarce and sought-after resource. What does the evidence tell us about how this is best managed?

A Water management as a whole is slightly outside the scope of my book. But when it comes to delivering water to homes, the most thoroughly privatised system, which you find in the UK, has not worked well. The evidence there is that the water companies have increased prices rapidly, engaged in complex financial engineering and racked up huge borrowing, without much to show for it. It’s been next to impossible to get their desire for profits to line up with the public good, in the way that Adam Smith’s ‘‘invisible hand’’ suggested it should. In contrast, the Dutch model of water management, which is fully public, is regarded as an international exemplar and — for instance — ensures that much less water is wasted.

Q Haven’t charter schools proven to be successful? Why has government historically been so involved in schooling? 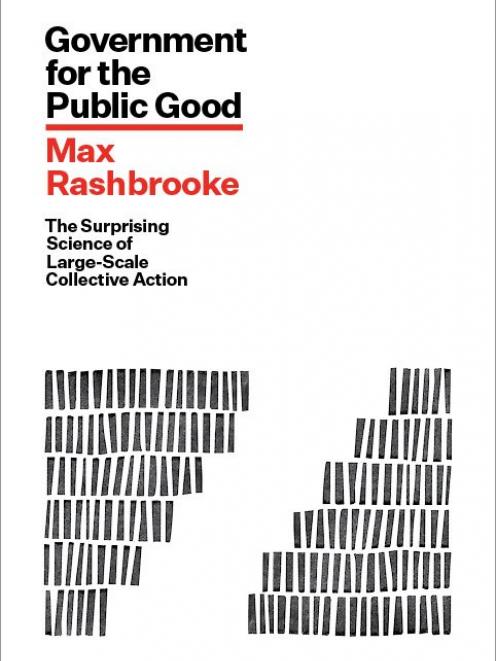 A Government is hugely involved in schooling because a decent education is a basic right and a necessity for surviving in the world, and because we all benefit from other people being well educated. You can’t tell much about the success of partnership schools here based on a few years’ data from a few schools. But in the US, where they have decades of detailed research on their equivalent charter schools, two recent surveys of the evidence from completely different teams of researchers have come to the same conclusion: charter schools just have not delivered educational results better than traditional public schools. In addition to the failure of individual charter schools, they harm the system as a whole by making it more competitive, which hinders schools from sharing best practices and supporting those that are struggling. Finland’s completely public system, which emphasises collaboration over competition, is far more effective.

Q Should we expect government to continue to heavily fund healthcare?

A Medical technology is advancing so quickly that we may find there are more new treatments we cannot fund comprehensively, especially in the later years of life. But we certainly need government to remain heavily involved, because the alternatives, like the US’s privatised healthcare system, just waste such colossal sums of money on insurers fighting claims and so on. Also, GP fees are highly inefficient, because they put people off getting problems treated early on, when they are easiest to deal with. So a shift to a fully free public system, like the NHS, would be the most efficient way to provide healthcare.

Q Does the evidence really show that trickle-down doesn’t work? Is everyone really better off if society is more equal?

A The very weak growth in incomes for poorer (and indeed middle income) households in recent decades is proof that trickle-down doesn’t work. If you want to increase incomes across the board, you need policies to explicitly ensure gains are widely spread, not just hope in some vague, unproven idea. And yes, the evidence is very clear that in more equal societies, there are much lower levels of health and social problems, higher levels of trust, and more equal opportunities for all children. In more unequal societies, it’s true that the very rich can probably insulate themselves from some of the problems, but they still ultimately live in a more dysfunctional system.

Q How are governments to regain the public’s trust? How confident are you that this can happen?

A I think understanding the evidence about how well governments (often) work will help people trust them more. But governments also need to be better. We live in a century where people expect to exert more control over democratic decisions and be better informed. So our government in particular needs to copy successful examples overseas where forums have been created — like citizens’ assemblies — in which ordinary people can debate issues, shape policy and allocate spending. This is not a fanciful ideal: such forums have successfully operated for decades in other countries. With a few of the additions I’ve described, I think our government would be well-positioned to regain the public’s trust in the 21st century.

• Government for the Public Good: The Surprising Science of Large-Scale Collective Action, by Max Rashbrooke, published by Bridget Williams Books, is out now.