Tricks of the film-maker's trade 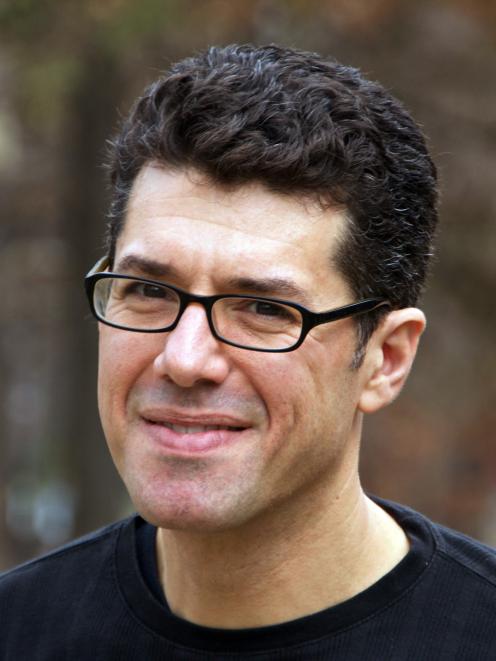 Prof Jeff Zacks has studied the film-maker’s craft. PHOTO: SUPPLIED
Somehow, the moving images on a cinema screen make us laugh and cry, and duck for cover. A visiting professor tells Tom McKinlay why.

In the Oscar-nominated movie The Shape of Water, the villain of the piece, Richard Strickland, played with straitlaced malevolence by Michael Shannon, suffers a hand injury that putrefies.

In frustration, (spoiler follows) he pulls a couple of fingers off. At that moment, pretty much everyone in the audience winces.

But why? It's a film. We can be fairly sure that Shannon's hands are fine and the digits he's just discarded are prosthetic.

The answer is that our ancient brains, evolved over millions of years, cannot help but react to the stimuli coming at them from the big screen as they would were the events playing out for real.

We mirror Strickland's reactions, his grimacing, as that's what we'd tend to do in real life, and tense, as that's as successful a strategy as any when faced with that sort of trauma.

Were the movie in 3-D and were Strickland to throw his fingers into the audience, many of us would duck, because ducking would usually be a successful way of avoiding splatter.

We have just behaved consistently with the ``mirror rule'' and the ``success rule'', as experimental neuroscientist Jeff Zacks knew we would. Prof Zacks, who is based at Washington University in Saint Louis, has written a book, Flicker: Your brain on movies, explaining what's going on at the theatre, and why. It forms the basis for a public lecture at the University of Otago on Monday.

The brains of cinema goers are making a bunch of inferences at that moment in The Shape of Water, he says.

Strickland might not be our favourite character, but we still identify with him to a certain extent as a human being. This inference allows us to feel empathy. And the rest follows on.

``We tend to involuntarily mirror the bodily poses and actions of other people that we see,'' Prof Zacks says.

In the real world, if someone smiles, we smile, and so on. And if a smile occupies the height and width of a big screen, that's a big incentive to do likewise.

It's not necessarily our brains that take the lead in the process, as our emotional programmes are tightly integrated, with reciprocal connections between the bodily movements associated with emotions and the relevant part of your brain. So your grimace, simply mirroring Strickland's, feeds back to the brain and you are right there in the movie, as if for real. If it were a smile you were mirroring, that might well feed back to your brain to make you feel happier.

Another way in which film-makers have intuitively cottoned on to the way in which we are wired, concerns how we organise our experiences into events.

When a film is edited, various scenes and shots are spliced together, and yet we can still make sense of it.

``First of all, it ought to be surprising that cuts work at all,'' Prof Zacks says.

From one moment to the next, the image on screen completely changes. The world doesn't do that.

``But as we wander around in the world, we blink, we move our eyes, we walk in front of trees, so that everything behind the tree becomes occluded. Brains have been dealing with that for as long as there have been eyeballs.''

Before ever we see our first movie, we already have the mechanism for bridging visual discontinuities; for assembling the data collection of our eyes into sensible narratives.

If you look at what sorts of cuts in movies are violent, and which invisible, the invisible ones work like blinks or eye movements, Prof Zacks says.

``Film-makers had figured some of this out totally independently.''

They identified, for example, that if a character looked to the left, and the shot cut to the left, that appears completely natural. It mirrors the pattern of viewing.

``If you were standing there and the person you were talking to looked off to the left, your eyes would jump to that location.''

``One way to think about it is that the community of film-makers has been tinkering in the lab of perception and memory for 120 years using experimental methods that are informal, that have much quicker cycle times than our experiments and, when you talk about major feature films, vastly larger sample sizes'' Prof Zacks says. ``So they have learned all kinds of interesting stuff.''

These understandings feed back into Prof Zacks' day job, a major focus of which is looking at how mechanisms of event understanding and memory change as people grow up and get older, and how that can be altered by a brain injury or neurological disease.

The mechanisms that drive our comprehension and memory formation when watching movies, or reading stories, or living our lives, can be equally affected by the likes of Alzheimer's.

So by the same token, carefully edited film clips might help people suffering from conditions that affect the memory, to remember.

``The goal is to provide a treatment that can ameliorate the consequences of the disease. Especially in the early stages.''

While there are lessons for good that can be drawn from the film-maker's craft, Prof Zacks is also aware of the risks.

His book includes a chapter about propaganda.

``One of the really interesting things about propaganda is that we are really bad at remembering where we learned something,'' Prof Zacks says.

The detail we'll hang on to, but the source can be a little more murky.

``That makes us really vulnerable to messages from people that we know not to trust.''

So, a piece of film or story-telling with a propaganda message is just as likely to lodge in the brain as a lesson from personal experience.

However, knowing that can make us more informed consumers with better defences, the professor says.

``The great thing about science is that all this stuff is out there in the public domain so that for every time somebody tries to take advantage of some new scientific discovery to manipulate us, we can know exactly what's going on, because those results and those theories are publicly available.''