Fixing what is broken 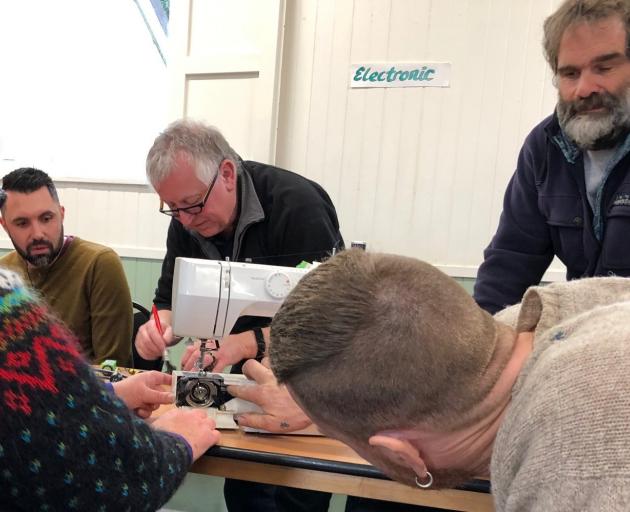 A team effort fixing a sewing machine at the Paekakariki repair cafe. Photos: Rachel Benfield
Repair cafes are putting the focus back on alternatives to our disposable consumer culture, Tom McKinlay.

It wasn't just the tired and malfunctioning artefacts of modern life that were resuscitated at the Paekakariki repair cafe.

So too were some of their owners, says Rachel Benefield, the driving force behind the first such event in Kapiti.

"One old lady said to me, `I can't believe it, it has given me such a new lease on life because I love sewing and my sewing machine has been broken for ages," she says. "Now I can spend the rest of winter whipping up a whole lot of things."

Benefield had not only organised people with sewing machine repair skills for the repair cafe, but working sewing machines and people to use them, so things could be made and mended there too.

All for free, thanks to a grant from the Kapiti District Council waste minimisation team.

Benefield simply got on the phone to assemble skill sets.

"I just rang around electricians until someone said, `Yes, I'll come along too'."

She scored two in the end.

"It was quite important to have somebody who had a ticket, so he could sign off."

Electrocutions were not the result anyone was looking for.

There was tool sharpening as well, which proved popular.

"It was so wonderful watching little old ladies walking out with their kindling axe sharp. You knew in a subtle and quiet way you had made a huge difference to somebody else's experience of winter."

Then there were bike repairs and lessons on making waste-free household cleaner.

Repair cafes, or fix-it cafes, are a response to the linear, disposable economy, in which stuff is cheap, used briefly, then thrown away. It is a howl from the suburbs that there must be a better way than mounting piles of fugacious resource at the landfill. 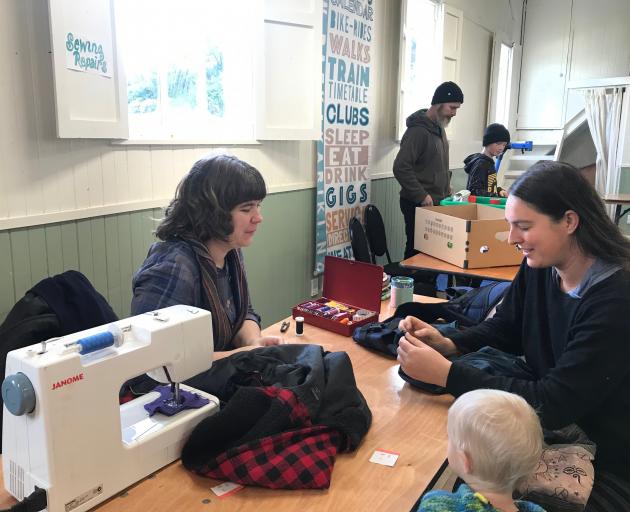 The sewing station at the Paekakariki repair cafe.
And it's not just the local municipality's cast-off mountains.

Take the vacuum cleaner, Benefield says. And consider the very many small plastic clips and widgets that make it possible. Then think of the manufacturing process for each of those pieces and all the left overs and waste that is likely to have accumulated. It will most likely be in a dump somewhere else now too.

Upstream waste can be many times the volume of the finished project, Benefield says.

"It can all contribute to a much bigger mess," she explains.

"That made me feel that it was really important that we started to repair and replenish and just make things reuseable."

We need to buy for life, she says. That includes having a good look at the vacuum cleaner you're about to buy and establish that the back can be taken off, so it can be repaired.

It might then be possible to own the cleaner for 20 years, not just two.

"That's quite an old-fashioned idea. I'm sure my grandparents would have thought that way too. Somewhere along the line we've lost that sense of responsibility when we come to buy things because of all the cheap options we are presented with."

It is not necessarily about poverty, it can be about the lens, she says.

"Not everybody you are talking to is on the lowest possible income. Some people could easily afford a more expensive one but they think they have won by walking out with a cheap product."

We've all lost because of the lost sustainability, and the "bargain hunter" may well have lost because their purchase may not last.

The alliance both collects and shares information about how to fix electrical and electronic goods, and lobbies for manufacturers to have to make this easier. They've had victories.

Earlier this year, the European Parliament agreed to measures that will require manufacturers to design their products so they can be more easily repaired. A growing list of states in the US are doing likewise.

Benefield got hooked in the repair movement as an extension of her efforts to reduce her footprint in other ways.

Her family of five went plastic-free a couple of years ago. That paid off quite handsomely. It turned out the plastic-wrapped option on the supermarket shelf is not such a bargain after all. Benefield started shopping at bulk-good shops and the like, and saved.

"Fifty bucks a week is quite handy when you have that many people," she says.

Benefield has moved swiftly on from the Paekakariki event. Next up is a repair cafe in Otaki, on International Repair Day.