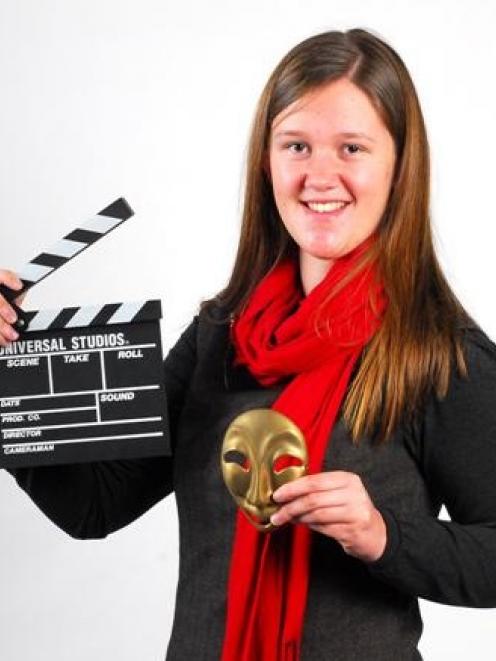 Nell Guy
To be, or not to be a Shakespearean actor: that is the question that has been challenging Logan Park High School head girl Nell Guy (17).

This year, she won the Special Individual Performance Award at the National Sheilah Winn Shakespeare Festival, Best Connection Between Two Actors and Best Teacher and Student Directed Play at the Otago Shakespeare Festival, and Best Actor and member of the winning team at the Regional One Act Play Competition.

Despite her success and love of the lime light, Nell sees herself in a career behind the scenes.

"I love to perform for a crowd but ultimately and realistically, it would be difficult to be an actor. In a world where it's difficult to get jobs in this field, you're better to play with your strengths.

Nell's motivational and leadership skills came to the fore as stage manager for the Waitati school show last year and the Logan Park High School major production this year.

She plans to study drama, media, classics and English next year in the hope of forging a career in the film industry.

Her greatest challenge is balancing drama with school work and sporting activities.

"It's all thoroughly enjoyable but sometimes it's easy to lose sight of my priorities. You constantly have to give yourself reality checks."

Role models: "People who are open, have a unique personality and have their priorities mapped out."

Hopes for the future: To study media, drama, classics and English.