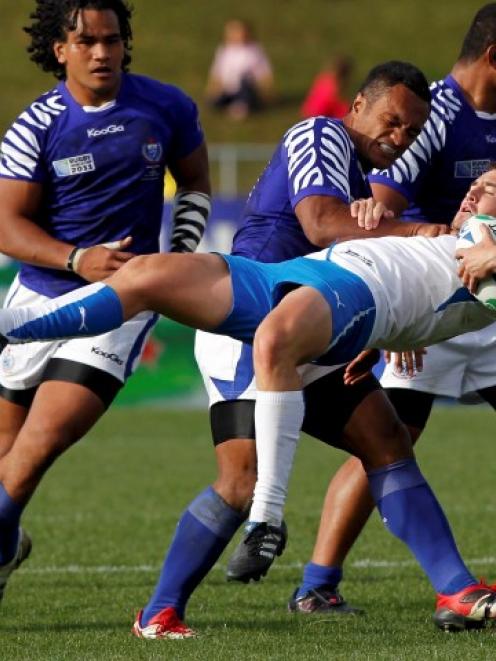 Sapolu Fuimaono labelled Welsh referee Nigel Owens "biased" and a "racist" on the social media site after an indifferent refereeing display on Friday. The loss ensured Samoa failed to qualify for the quarterfinals from Pool D.

"The charges brought against the player are for misconduct in breach of section 18 of the Rugby World Cup disciplinary programme and for alleged infractions of the tournament terms of participation," organisers said in a statement.

The Samoan had previously apologised and escaped punishment for an earlier outburst on the social media site in which he compared the scheduling of World Cup matches to the holocaust.

Organisers said he had been issued a formal warning for that initial outburst.

The case will be heard by the independent judicial officer Jeff Blackett of England, with the date and time to be confirmed.

Sapolu Fuimaono's expletive-filled tirade included comments that the match at North Harbour Stadium was his last at international level.