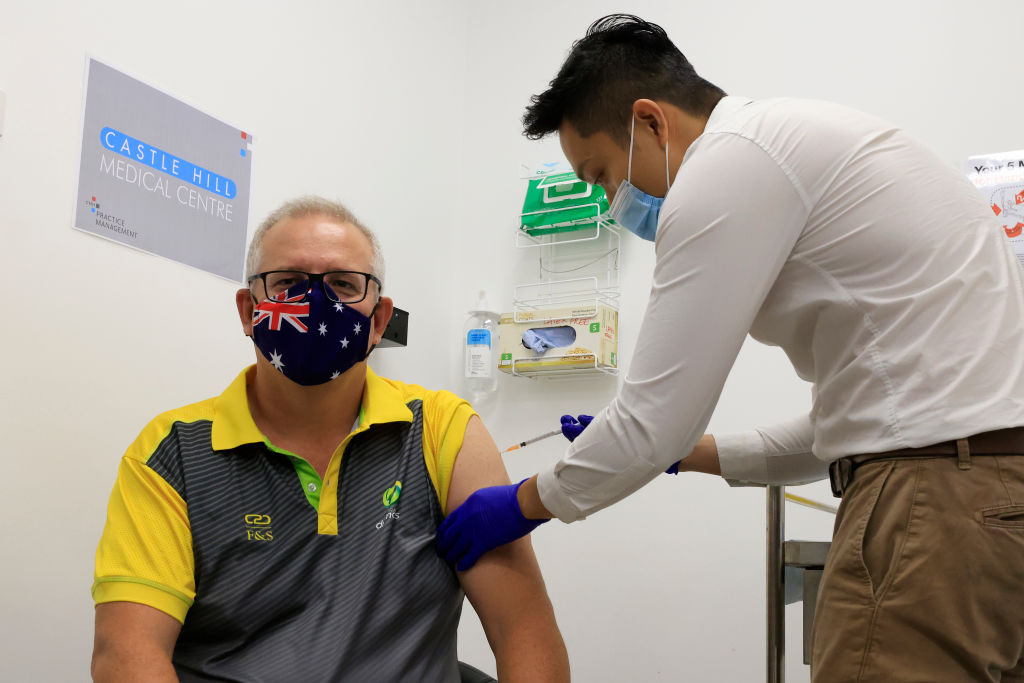 Hubs have been set up across the country so that health and border control workers, and aged care residents and their carers can get the Pfizer vaccine, starting on Monday.

The prime minister was one of 20 people to get the jab at a Sydney medical centre on Sunday, in what Mr Morrison described as the "curtain raiser" to the full rollout.

"We understand the importance of national leaders being seen to have the vaccine to instil a sense of confidence to all Australians that the vaccine is safe," Mr Marles told reporters on Sunday.

"So we understand why that's taken place and we support that."

"The vaccines being rolled out have gone through rigorous approval processes by the Therapeutic Goods Administration, which is one of the best regulators of its kind in the world."

Pfizer's managing director for Australia and New Zealand, Anne Harris, hailed Sunday as "momentous ... for Australians, for science, and a proud day for Pfizer".

She said Pfizer had already delivered more than 80 million doses of vaccine in 60 countries and had a 99.9 per cent success rate in getting them to their destination within the required temperate of -70 degrees.

Health Minister Greg Hunt confirmed he and the head of the Health Department and former chief medical officer Brendan Murphy will get the alternative AstraZeneca jab when it becomes available at a later date.

The rollout commences with around 60,000 Pfizer vaccine doses to be administered to priority groups.

The government is committed to offer Covid-19 vaccines to all Australians by the end of October.

The government has set up a simple, multi-language vaccine eligibility checker - australia.gov.au - for people to learn an approximate time frame for when they will be able to get a jab.

There were no locally acquired Covid-19 cases reported across the country on Sunday, but there were three infections in NSW quarantine, two in South Australia and one in Western Australia.

In Victoria, the Andrews government announced $143 million in relief for businesses unable to operate during a recent five-day lockdown, which included the usually-profitable Valentine's Day.