Awards for three of the best 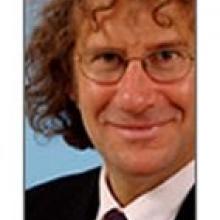 Dr McAndrew (management), Prof Colombo (psychology) and Dr Reynolds (anatomy and structural biology) have not only won the university's 2008 teaching excellence awards but have been nominated by the university for the forthcoming National Tertiary Teaching Excellence Awards.

The winners of up to nine national teaching awards of $20,000 each and a $30,000 supreme award, the Prime Minister's Award, will be announced at a Beehive award function on July 16.

The three winners welcomed the recognition, but were also mindful that, in Dr McAndrew's words, there were "lots of fine teachers" at Otago University.

Dr McAndrew said the award was a great honour.

He has previously served as chief of the New Zealand Employment Tribunal, and teaches in labour and employment relations, as well as in negotiation, mediation and advocacy skills.

Prof Colombo said there were plenty of awards for research, but it was encouraging that the university was recognising teaching in this way.

His research focuses on the neural basis of learning and memory and has been funded by the Marsden Fund, Neurological Foundation and Health Research Council and other sources.

Dr Reynolds, who has been teaching medical and neuroscience students for the past 11 years, said he was thrilled with the award.

He was honoured the university had recognised his contribution to teaching, including to research supervision.