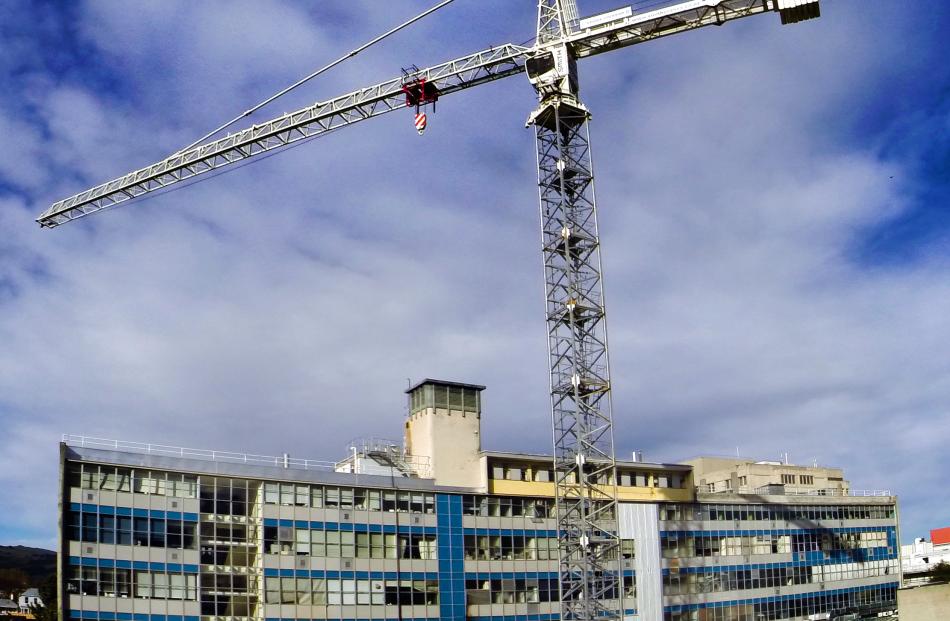 The 50m crane on the site of the University of Otago’s new dental school was fully functional by yesterday afternoon. The current dental school is in the background. Photos: Peter McIntosh. 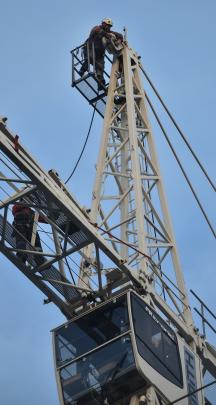 A worker on top of the crane on Saturday afternoon. 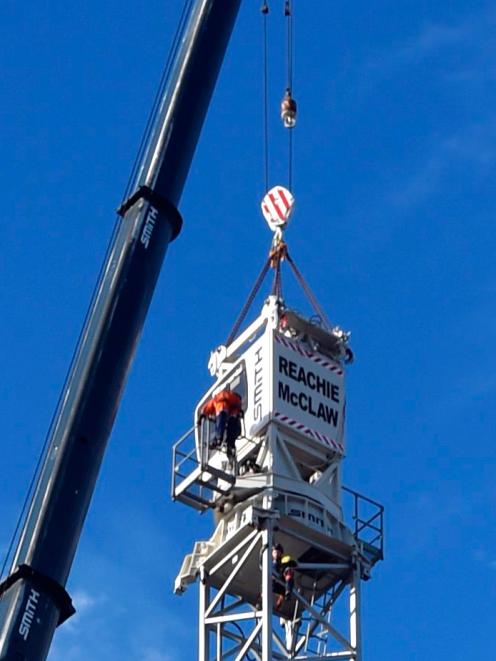 Dunedin has an answer to "Boaty McBoatface" after a massive 50m crane was named "Reachie McClaw".

Before the tower crane was assembled on the University of Otago’s dental school building construction site over the weekend, a competition was held over what it should be named.

Leighs Cockram JV project manager Nathan Hawkins said it gave the university the opportunity to name the crane and after a competition at the dental school and a vote, the university settled on Reachie McClaw after former All Blacks captain Richie McCaw

Mr Hawkins felt "slightly responsible" for the name after suggesting the "Craney McCraneface" - a riff on "Boaty McBoatface" which received the most votes when the public was asked to vote on names for a new polar research ship in the United Kingdom.

The UK government ended up naming the RRS Sir David Attenborough after deciding "Boaty McBoatface" was not suitable.

Mr Hawkins said while the dental school did not go for "Craney", "Reachie" fitted that theme.

The name had nothing to do with Leighs Construction's being founded in Christchurch and Mr Hawkins said most staff who worked in Dunedin supported the Highlanders.

Being Otago born, McCaw also had links to Dunedin.

"We wouldn't want the crane name to have anything to do with the Crusaders.

"We don't want to come in and find it burnt down," he joked.

The crane would not keep the name Reachie McClaw as Leighs Cockram JV gave it a different name each time it was put up.

A University of Otago spokeswoman said the crane, which was so tall  two other cranes were required to assemble it, towered over the 37m-high Forsyth Barr Stadium, but it was edged out by the 56.3m-high First Church spire.

The crane, from Smith Crane and Construction in Christchurch,  was assembled in sections before being hoisted into position.

The Walsh Building, beside the construction site, was closed as a precaution over the weekend.

The crane will be used in the construction of the School of Dentistry’s  $125 million clinical services building, which is due to be completed by September next year.

This is hilarious. McCaw was a breakdown specialist. Not a builder. I hope the dental school construction goes OK, instead of breaking down.