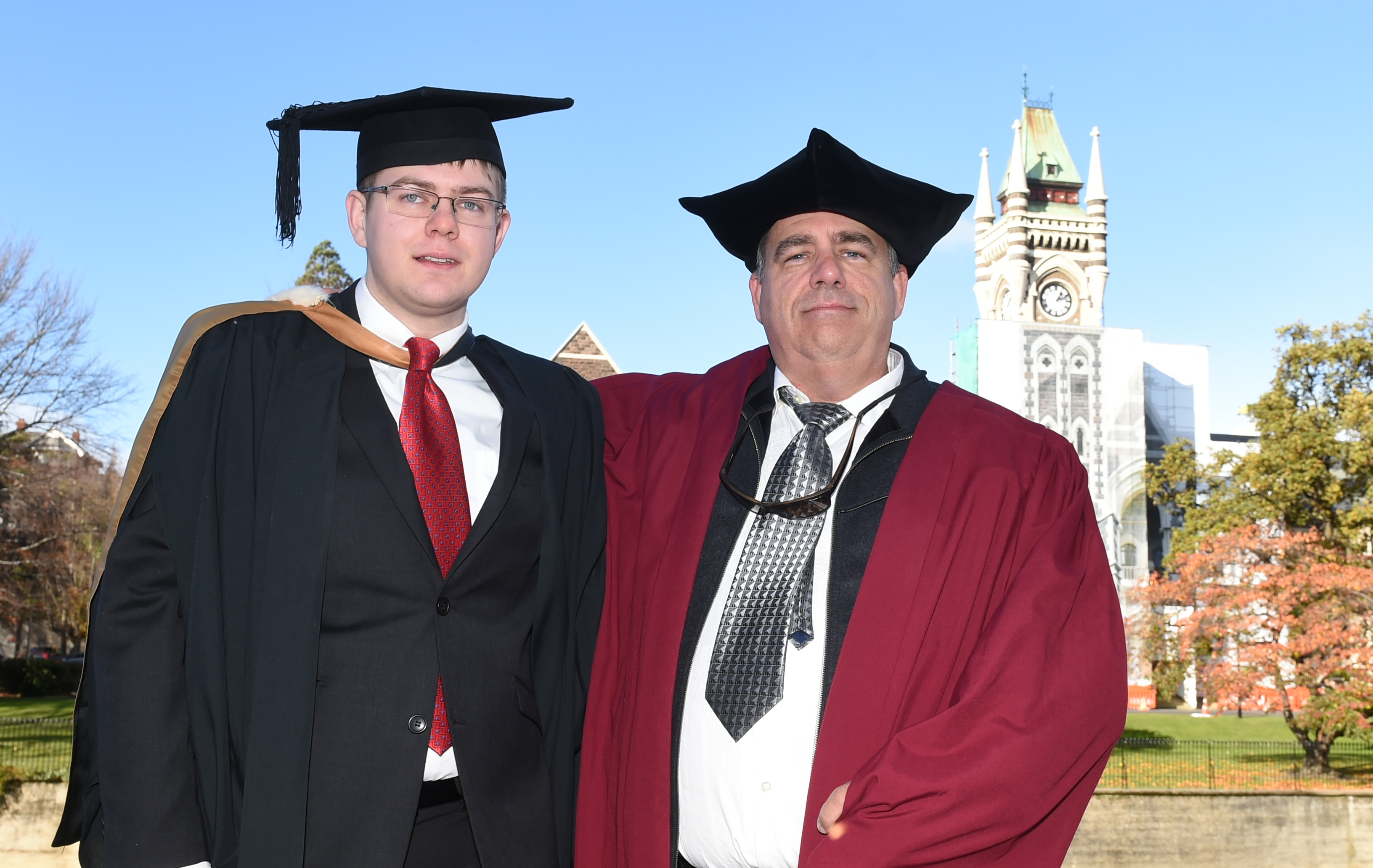 A former lieutenant-colonel, Tim Ferner, who moved to  Henley, south of the city, with his family about six years ago, is due to graduate  from the University of Otago today with a  PhD in political science.

He will be graduating alongside his son, who has gained a commerce degree.

Mr Ferner is continuing to enjoy the quiet life in Dunedin after becoming disillusioned with life in the US.

Before moving to Dunedin he fought in three wars, survived cancer caused by  exposure to radioactive dust from depleted uranium shells during the first Gulf war and uncovered a multimillion-dollar contract fraud involving a defence contractor and the anti-terrorism think-tank he worked for.

As a result of  exposing the fraud he was paid out more than $US1million, but those responsible for the crime were yet to be brought to justice, he said.

The final straw which spurred him and his family to move to New Zealand was when his crazed methamphetamine-cooking neighbour in Las  Vegas threatened to kill him with a shovel.

He was forced to pull out a gun and said after police arrived they told him he should have pulled the trigger.

His experience blowing the whistle was the inspiration for his PhD thesis, which looked at the important role whistle-blowers played in maintaining good governance and accountability in the US Department of Defence. Exposing the fraud was extremely difficult for him personally and professionally and resulted in him losing his job and  receiving death threats.

While working on his PhD he found the system for reporting corruption or other wrongdoing was convoluted and difficult, which discouraged people from speaking out.

The system was corrupt and no-one wanted it to change.

"Everybody’s hands get greased. It’s all to do with money."

His experience also left him disillusioned with the system in the US.

"I thought when I went into it that I would actually make a difference, but nothing’s changed."

Despite that he did not regret exposing the fraud, as it meant he could face his family with a clear conscience.

"I don’t care what anyone else thinks, or what the [US] Government thinks."

It was strange graduating alongside his son.

"It’s kind of weird because the only reason I started was because [Liam] didn’t have a driver’s licence and I had to drive him from Henley."

Despite gaining a PhD he still faced difficult prospects when it came to finding a job and said employers were looking for youth.

"Nobody wants to hire a 55-year-old, let alone someone with a PhD."

He was still set on staying in Dunedin, calling it "paradise", and after gaining a love of rugby his dream job would be to work for the Highlanders.

He believed New Zealanders did not realise how lucky they were.

"I feel so privileged that the Government let me immigrate and I don’t have to grow old in the States."

His study was paid for by the US Government, as part of his rehabilitation from being exposed to radioactive dust. Liam Ferner said his father had been a positive influence and taught him the importance of integrity.