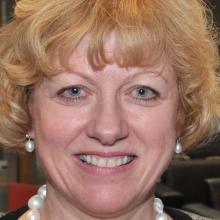 University of Otago chief financial officer Sharon van Turnhout said cash reserves would be ‘‘significantly’’ depleted as an additional $110.6 million above the $104.4 million available for infrastructure would be spent.

The additional funds were needed because "several of the large projects" in the Priority Development Plan would start or continue in 2017.

"This was part of our planned programme and is not unexpected," she said.

An application for borrowing consent had been lodged with the Tertiary Education Commission and the Ministry of Education so funds could be arranged before  reserves were exhausted.

The university declined to say how much it was applying to borrow, but consent was expected to be granted in early 2017, Ms van Turnhout said.

The university was expecting to spend $197.4 million on existing projects, including $55.8 million on the  School of Dentistry development and $26.6 million on the science precinct laboratory redevelopment. A further $17.7 million would be spent on projects yet to be approved.

However, it was difficult to forecast exact 2017 enrolments with confidence.

"Global uncertainty remains a significant factor, and it is hard to predict the extent to which factors such as declining school leaver numbers, a more buoyant job market, tougher university entrance standards and competition between universities will continue to impact on enrolments," Ms van Turnhout said.

Domestic undergraduate enrolments were expected to show a "modest" 34 EFTS drop  because of the low 2015 first-year intake.

International numbers in 2016 had  increased by 5.1%, which put the institution on track to record its first year of international growth since 2011, Ms van Turnhout said.

Falling numbers in the humanities division were forecast to continue;  a drop of 31 EFTS  was expected to take the roll to  4761 EFTS.

The division of health sciences was expected to grow by 108 EFTS  because of a record  first-year intake this year.

The budget was unanimously approved.

• $197.4m to be spent on priority development plan projects