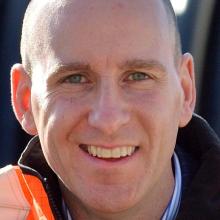 In an email sent to staff and leaked to the Otago Daily Times, Mr Cameron said it cancelled the functions because of the scrutiny Delta and  sister company Aurora were under over allegations its  electricity network is unsafe.

"In light of the current investigations into the activities of Aurora Energy and Delta, and the concern that this has caused across our organisation, we have reconsidered our planned end-of-year functions," Mr Cameron wrote.

He went on to say recent weeks had been ‘‘particularly challenging’’ for the organisation.

"While I recognise that this decision may be disappointing for some, I believe that it is the right one."

Despite multiple sources calling the event a Christmas party, Mr Cameron told the ODT in an emailed statement it did not have a Christmas function "as such" but instead had staff recognition awards functions.

Staff would still be recognised but at smaller events.

"The decision was made after consulting a number of people and we decided to hold smaller functions and will celebrate our successes together in this way.

"The last few weeks has been particularly busy with a lot of pressure on our people, and their continued professionalism and dedication will be recognised within their operational groups over a breakfast or morning tea," he said.