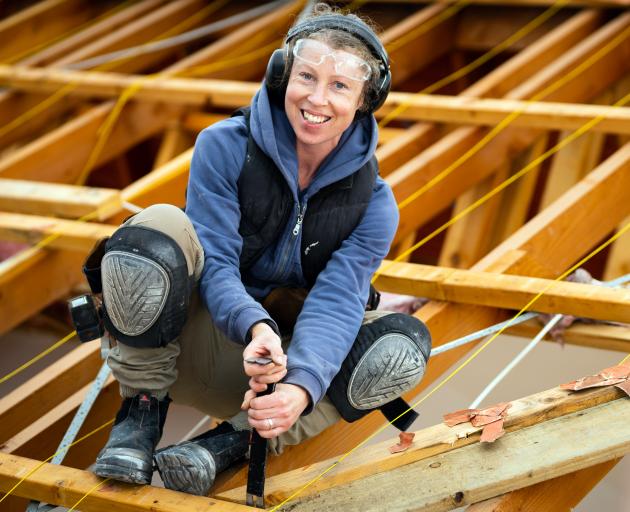 Anna Winskill-Moore is building a future for herself in the construction industry. PHOTO: SUPPLIED
An Otago Polytechnic graduate has won a national award for top female student in construction.

"It was a big surprise. I was surrounded by so many inspiring women,'' she said.

"As they were giving out and announcing the awards they were telling you a bit about [them].''

The win encouraged her to keep on working hard and doing the best that she could, she said.

Ms Winskill-Moore said she would tell other women thinking about entering the construction industry to be prepared for the mental and physical challenges it brought, and have a goal or purpose to work towards and be "persistent and courageous but also patient''.

"Possibly the most important thing [is to] keep a sense of humour.''

Ms Currie, who completed the New Zealand certificate in carpentry (level 4) at the polytechnic, works for Beelee Homes Ltd, in Dunedin.