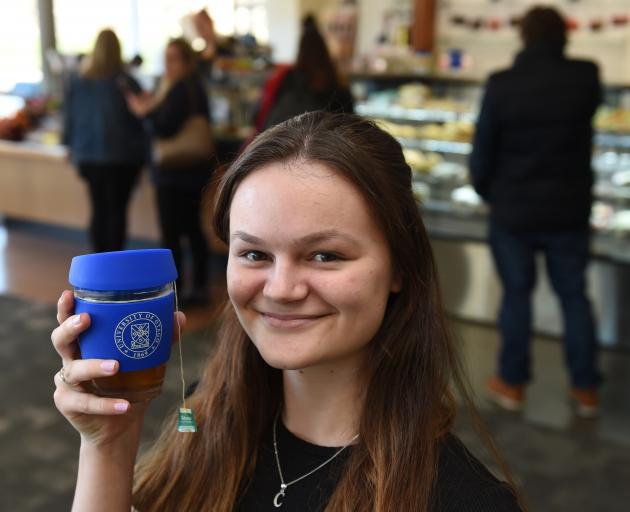 A recent university survey during semester break showed from these three cafes 1400 disposable cups were going to landfill every week.

A statement from the university said the plan was for all of its cafes to eventually offer reusable cups.

Customers using reusable cups at those cafes will get a 50c discount with each purchase.

They can also borrow from the cafes' cup libraries and return them to any cafe on campus.

The cup libraries will be free for a fortnight, after which time borrowers will pay $1 for a cup and get $1 off their purchase.

Staff and students at the campus yesterday were supportive of the move.

"I already have a cup and I have more at home. I get annoyed at my flatties when they bring disposable cups home."

"Everyone is my flat already has reusable cups."

University sustainability office head Hilary Phipps said there was a big community at the campus so there was the opportunity to make a real, positive change.

"We're encouraging people to sit and enjoy their coffee, or bring reusable cups."

Single-use items, whether they were recyclable or compostable, were to be avoided, she said.

"Here in Dunedin compostable cups aren't things that are easy for us to deal with," Dr Phipps said.